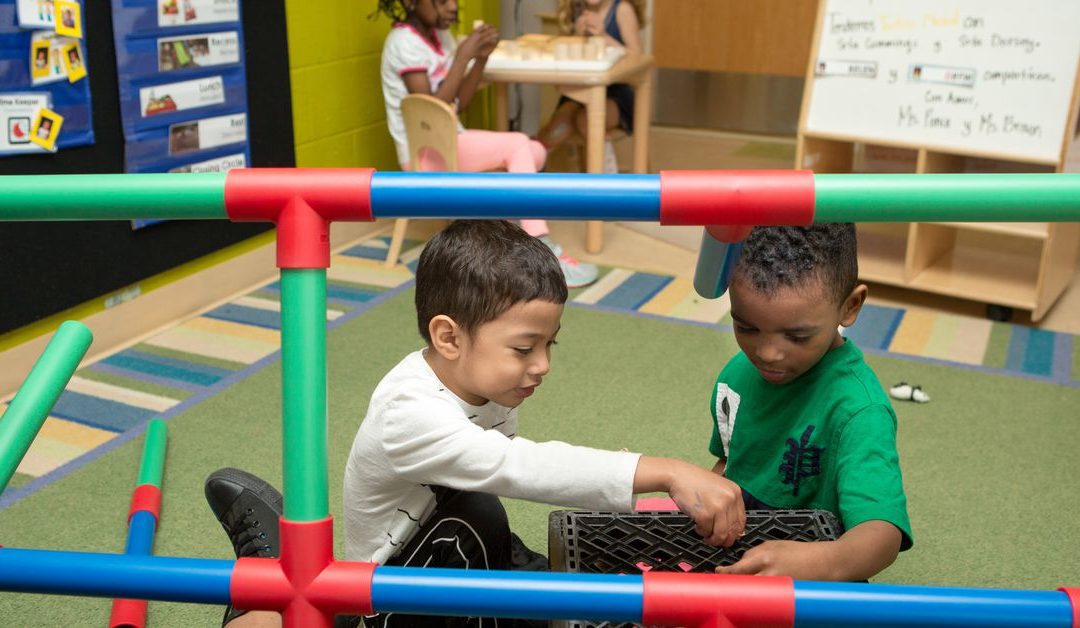 Colorado’s new state early childhood agency aims to ease the burden facing families and child care providers by shifting it onto the shoulders of government.

That vision is a key part of the state’s recently released draft plan for the new agency, which will launch in July, just over a year after it was proposed by a group of state early childhood leaders. The department will oversee the launch of Colorado’s universal preschool program in 2023 and replace the state’s Office of Early Childhood.

It also will bring together programs for young children and families that now reside in two departments and create a common application that parents can use to enroll in an array of early childhood programs.

”We think we can be more innovative and more expansive,” said Susan Steele, co-chair of the Early Childhood Leadership Commission, a state advisory panel. “We want to be on the cutting edge … if it will be better for kids, families, and providers.”

People inside and outside the state are generally optimistic about the new agency’s potential — with the caveat that many details have yet to be worked out.

Dawn Alexander, who heads an advocacy group for private child care providers, the Early Childhood Education Association of Colorado, sees the new agency as an opportunity to make things more effective and efficient.

At times recently, she said, some state early childhood services, such as background checks for new child care workers, have been so slow providers have had to wait four to five months for the results.

“We’ve been moving from fire to fire to fire, and all of these fires have a huge impact in the field,” she said. “Time is money.”

Alexander hopes the new agency will have adequate staffing and funding to prevent or reduce such problems.

“We’re going to be first in line advocating for that,” she said.

The plan for the new agency features a dozen recommendations, including which programs should move to the new department, what the agency’s leadership team should look like, and who should have rule-making authority. During a recent presentation on the draft plan in Fort Collins — part of a statewide “listening tour” — state leaders outlined their recommendations before representatives from local school districts, cities, and early childhood groups.

Here are some answers to key questions about the new department.

What’s the benefit of a state early childhood department?

Lori Connors-Tadros, a senior research fellow at the National Institute for Early Education Research at Rutgers University, said the cabinet-level leader of a stand-alone department “has a much greater line of influence with the governor, with the legislature” than an official nested within a broader agency.

Colorado’s new early childhood department will be one of 20 state-level agencies, with the department’s director part of the Gov. Jared Polis’ cabinet.

A recent report on early childhood governance states that “what seems to be critical is an elevated position in the hierarchy for early childhood, coupled with support from the governor, which provides … greater access to decision-makers and visibility within the state.” Connors-Tadros co-authored the report and is also providing research to some early childhood advocates in Colorado.

What’s going into the new department? (And what’s not)

About 20 programs or services would be housed in the new early childhood department. Those include the state’s new universal preschool program, as well as programs related to child care, home visiting, early childhood mental health, and child abuse prevention. Most of the programs would move over from the state’s Office of Early Childhood, whose spending accounts for about 10% of the Colorado Department of Human Services budget. A couple programs, including the existing state preschool program for children with certain risk factors, would come from the Colorado Department of Education.

Two programs that would not move to the new department, at least initially, include preschool special education and a nutrition program for low-income women and young children, often called WIC. State officials say federal rules require preschool special education to be administered by the education department and WIC to be administered by the health department. A third program often used by child care providers — the Child and Adult Care Food Program — also would not move from the health department because it is not focused exclusively on young children. It also serves adults in group settings, such as homeless shelters and adult day care programs.

How is the department going to make life easier for families and providers?

One of the stated goals of the new agency from the time it was announced last April is to reduce the burden on families and child care and preschool providers, either because of confusing or redundant paperwork, disparate funding sources, or other administrative hassles.

The draft plan proposes organizing the department by function rather than by program, hiring an expert to make the user experience more coherent, and using technology in a more sophisticated way.

“What if we thought about the experience of families and kids as our guiding way to organize?” said Steele, who is also the president and CEO of the Buell Foundation. (The Buell Foundation is a Chalkbeat funder.)

Hibbard said shifting the burden of a complicated child care system from families “to the paid staff of government totally makes sense.”

Connors-Tadros said her recent report supports organizing the new agency by function rather than by program and funding stream. Currently, in Colorado and many other states, the time-consuming work of weaving together child care funding sources — including state child care subsidies, state preschool dollars, and federal Head Start money — falls to individual child care programs, she said.

Who’s going to have the final say on agency rules?

The draft plan gives the director of the new department the authority to make rules. Currently, the nine-member appointed State Board of Human Services, makes rules governing many early childhood programs and services.

Steele, of the Early Childhood Leadership Commission, said the switch in rule-making authority is meant to make the department more responsive, flexible, and nimble. She said the plan requires the department’s director to seek input on rules from an advisory council that includes parents, child care providers, school districts, businesses, and advocacy groups.