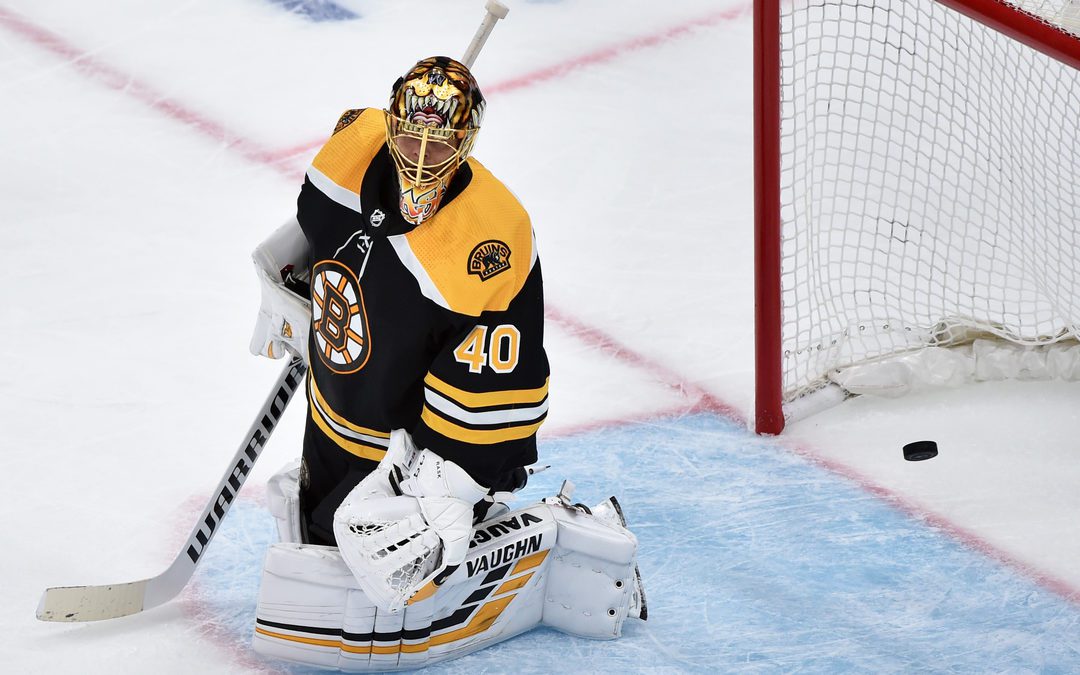 Everyone involved has admitted that Monday was not a great night for Tuukka Rask.

But blowing up plans or disputing the Rask signing at this point would be, in a word, stupid, and that’s not the approach the Boston Bruins are going to take.

Whereas Rask’s loss last Tuesday against the Carolina Hurricanes was partially because of poor defense, Monday’s defeat at the hands of the Anaheim Ducks featured some low moments for the netminder.

It was only his fourth game of the season though, and there were seven months between his last game of the 2020-21 season and first of the 2021-22 campaign. In that time, he had major surgery.

So, patience is important.

“Anybody coming back at any level, it’s going to take a little time,” Cassidy said Tuesday morning over Zoom. “We understood that. We’re not at the point yet where we’re going to blow everything up. We just need to get him his reps, we need to play well in front of him, he needs to get comfortable tracking pucks, fighting through traffic, stuff you don’t get as often in practice. That’s just going to take some time, hopefully not too much time, I think for everyone involved we’d like to see the results quickly, but it doesn’t always happen that way.”

The reason the Bruins are going to be patient is obvious: Rask at his best is an elite goalie.

Many players might not get the leash Rask is getting, but when the Bruins committed to bringing him back, it was knowing their must be rust to shake off along the way. The potential payoff ultimately outweighs the short-term hurdles.

“Listen, Tuukka’s not some guy off the street that’s never played,” Cassidy said. “He’s got a resume in this league and an extremely good one. We know he’ll find his game, we’ve got to give him the opportunity to do it, and that’s the plan. If we have to deviate from that down the road, we will. I know it’s a results-oriented business, but we’re not there yet. We believe we’ll find his game and we’ll have a great 1-2 punch.”