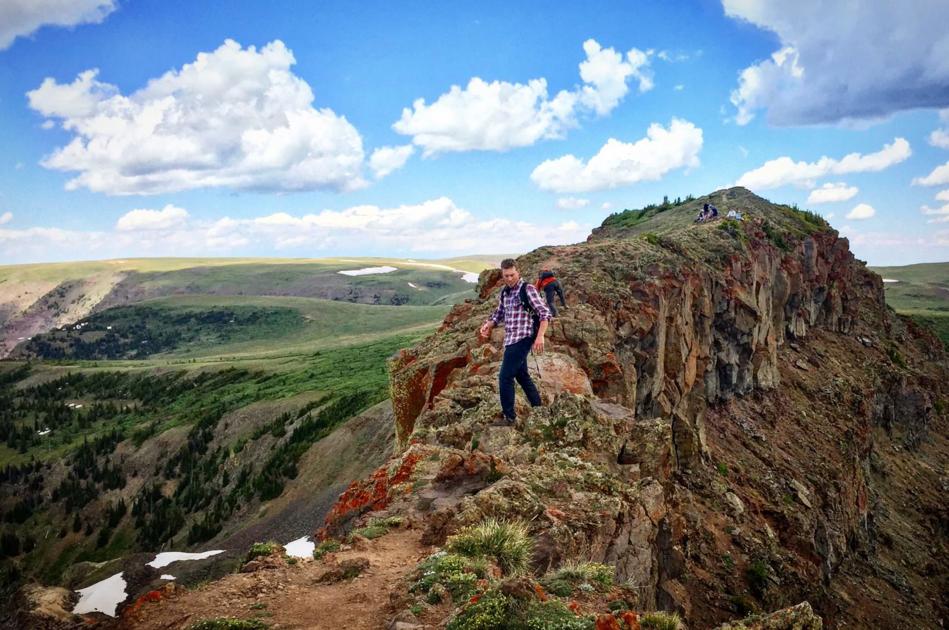 For better or for worse, the pandemic gave many of us more opportunities to achieve our outdoor goals. We crossed off much from our bucket lists in 2020.

Yet still, Colorado never ceases to beckon. For your consideration this year:

Pay respects to the ancestors

To visit Mesa Verde National Park is to travel back some 1,400 years ago, to a time when Ancestral Puebloans were scraping the dry land we now know as the Four Corners region. Remarkably, the dwellings they built remain in the cliffs beneath a promontory that looks like a “green table.”

Mesa Verde is considered the United States’ largest archaeological preserve. Most stunning is Cliff Palace, the scale of which is unmatched in all of North America. Rangers call Balcony House the “Indiana Jones tour,” with a tall ladder necessary to reach the ancient halls. Hiking trails of various lengths span the park’s upper reaches, offering sweeping views of the colorful valley.

Raft with the dinosaurs

Dinosaur National Monument is more than a museum, more than the often-photographed exhibit of prehistoric bones. The monument is a recreation paradise, with trails running through this remote backcountry of the Colorado-Utah border. The Yampa River cuts the canyon walls storing more remains of the extinct beasts. And this is arguably the best way to behold these wilds, along the Colorado River system’s last free-flowing tributary.

Rafters approach the Tiger Wall on the Yampa River. Rafting on the Green and Yampa rivers is a great way to experience the wilds of Dinosaur National Monument.

Unobstructed by a dam, the Yampa tends to run especially strong in years of big snowmelt. Raft guides promise natural and historical intrigues around every corner — not to mention some adrenaline-pumping Class III and IV rapids.

When to go: Spring, summer

Put a bow on the ski season

The Medicine Bow Mountains are synonymous with Wyoming, while the regal stretch in northern Colorado is widely forgotten. Yes, the state has claim to some of these stark beauties. And at their base is splendid powder waiting to be tracked.

Cameron Pass keeps the goods, including historically low- to moderately-trafficked routes known as The Meadows and Zimmerman and Blue lakes. The Medicine Bows loom over the Rawah and Neota wildernesses, offering more possibilities for the well-traveled cross-country skier. For the less experienced, trails are groomed in State Forest State Park, where the backdrop also features the legendary Nokhu Crags.

When to go: Winter, early spring

Katie Berning, left, and Julia Ben—Asher of Steamboat Springs begin their trek into the Noku Crags in State Forest State Park in this Dec. 10, 2017, photo. They were making the 2-mile hike to the Nokhu Hut to spend a couple of nights.

Miners carved no shortage of daring thoroughfares in the San Juan Mountains. Now these rugged passages are enjoyed by off-road enthusiasts and tourists aplenty. And while the options are indeed several, Imogene Pass is a particularly unforgettable trip.

That’s for the two iconic bases on either end of the 17-mile road: Telluride and Ouray. That’s for the unending eye candy along the way: jagged peaks, waterfalls, wildflower-splashed basins and the ghost town of Tomboy. And that’s for the white-knuckle thrill. If you’re without the Jeep or ATV or skill required along the steep, narrow pass reaching above 13,100 feet, you’ll want to check in with a guide.

When to go: Impassable between October and June

Escape to the clouds

Let the masses have their way with Interstate 70 and packed trailheads for 14,000-foot summits while you journey south, opting for the slow countryside in every direction of Westcliffe. Folks here are spoiled by the Sangre de Cristo peaks out their back doors. In two hours, Colorado Springs drivers can swap the city for the Lakes of the Clouds.

The backpacking destination is worthy of the lofty name. The demanding, 10-mile trail weeds out those unwilling to earn their solitude. The enchanting waters are perched above 11,000 feet, mirroring pointy promontories and clear enough for anglers to see their big, bright trout.

This 6-mile trail located near Yampa in the middle of the Flat Tops Wilderness is moderately trafficked and features a narrow, 50-foot long “land bridge.” It narrows to as little as 4 feet and has drops of several hundred feet. Incredible views and fields of wildflowers.

The traditional image of a causeway is an elevated road, a bridge over water. In the case of Colorado’s Devil’s Causeway, it’s a slender ridge at 11,800-foot, with sheer drop-offs on either side.

Hopefully that paints the adequate warning if you decide to try the dangerously popular landmark in the Flat Tops Wilderness. It’s “not for those prone to vertigo,” reads the description on the state’s tourism website, which compares it with China’s Great Wall.

Instead of stairs, Devil’s Causeway is all rugged earth, as narrow as 4 feet in some places. Most hikers start the rigorous trip from Stillwater Lake near the town of Yampa.

Fishers Peak is getting all of the attention in southern Colorado. It’s the long-sought centerpiece of the new state park, and a small slice of the 19,200 acres is now open for visitors. But long overlooked are two oases on the way to that great mesa.

Looking for an aquatic getaway with the family but wary of crowding at Lake Pueblo? Trinidad Lake and Lathrop state parks are good bets.

First on the way down Interstate 25 is Lathrop, with two lakes for boating and fishing along with a swim beach for kids. The hike on Hogback Trail to the view of the Spanish Peaks is worth it. Campsites are available, as they are at Trinidad Lake. The 800-acre reservoir is known for sizable walleye and saugeye. On land, the trail over Carpios Ridge leads to historic coking ovens.

The world’s most bike-crazed communities mightily struggle to sell themselves worthy of the International Mountain Bicycling Association’s Gold Level Ride Center rankings. Before the start of 2020, the list included just six locales worldwide, and none were in Colorado.

That changed with the January announcement adding the Roaring Fork Valley.

This is the year to feast upon some 300 miles of singletrack jumping from desert terrain to montane forests to alpine glory. In its announcement, IMBA heralded Basalt’s Hay Park and Arbaney Kittle trails as “backcountry Colorado classics,” while expansions at Aspen’s Sky Mountain Park and Glenwood Springs’ Red Mountain have unlocked joyous, daylong adventures. Also praised were flowy and big-air features at Snowmass Bike Park.

Get to know park’s other side

Front Range residents are most familiar with the Estes Park side of Rocky Mountain National Park. Fewer talk about the other side of the state’s most famous natural treasure. It’s “the wilder side,” we heard a park regular describe it at last visit. This was before a wildfire roared through acreage — reminding us to appreciate grandeur before it’s gone.

With the town of Grand Lake as its gateway, Rocky Mountain West is the less crowded side; the park reports 80% of visitors come through Estes. It’s more defined by lush, forested corridors and open valleys perfect for cross-country skiing.

Another bonus: More moose call this side home.

When to go: All seasons