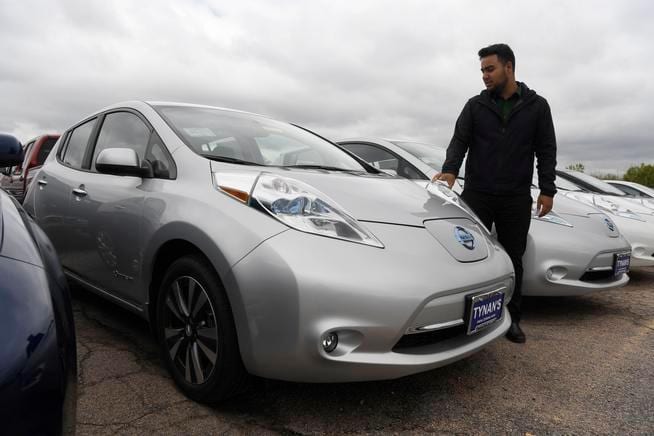 A plan by Xcel Energy-Colorado to offer car rebates to increase the number of electric vehicles in the state is getting praise from those who want gas-guzzling cars off the roads and criticism from those concerned about the impact on the utility’s ratepayers.

The rebates would raise to $130 million from $102 million the amount of money Xcel Energy proposes to spend over three years on its plan to build charging stations for electric vehicles. A 2019 law cleared the way for Xcel Energy and other regulated utilities to invest in equipment and programs to boost the use of electric vehicles, one of Gov. Jared Polis’ major goals.

The law also allows Xcel Energy and other investor-owned utilities to recover the costs of building the charging stations from its customers. The company has proposed an additional charge on customers’ monthly bills, a “rider,” to do that.

The Colorado Public Utilities Commission is holding hearings on Xcel Energy’s plan, which supporters say would be a giant step toward cutting climate-changing greenhouse gas emissions and air pollution. However, there’s concern that offering rebates for electric vehicles is beyond the scope of what was envisioned and will drive up customers’ electric bills.

State Sens. Chris Hansen and Kevin Priola, sponsors of the electric-vehicle legislation, said in a letter this week to the PUC that the bill was designed to “minimize overall costs and maximize overall benefits.” The bill capped the impacts on retail rates based on a percentage of the utility’s annual revenue requirements.

“Both Sen. Priola and I argued (in the Senate) about how this would be beneficial to customers, how this would be good for ratepayers,” said Hansen, a Democrat from Denver. “The fixed cost of the system gets spread out over more electric sales and that drives down costs for everybody.”

Hansen said he would be comfortable with some kind of rebate to encourage people to buy electric cars if it’s geared toward people who need it.

The Colorado Office of Consumer Counsel, which represents the public before the PUC, generally supports Xcel Energy’s plan but is concerned about what customers will end up paying, said Cindy Schonhaut, the director.  The rebate program was proposed just before the PUC hearings began and there’s no data in the hearing record about the effect on rates, she said.

The average residential customer would pay 67 cents more per month if the plan is approved, Xcel Energy spokeswoman Michelle Aguayo said in an email.

Xcel Energy said it will earmark a portion of its budget for low-income vehicle buyers and charging stations and other equipment for lower-income communities and multi-family residences.

Green Latinos, which advocates for the Latino community on environmental issues, supports expanding the rebate program, Ean Tafoya, the Colorado field advocate, said in a statement. Xcel Energy should expand the income qualifications and add geographic qualifications “to ensure that those who have been harmed by our history of polluting fossil fuels and environmental racism can participate in Colorado’s clean transportation future.”

The Colorado Energy Office suggested rebates to make it easier for people to buy electric vehicles and help the state meet its goals to reduce emissions and electrify transportation, said Keith Hay, the agency’s policy director. He noted the rebates would apply to leases and used cars and well as new cars.

In 2019, the legislature extended state tax credits for electric vehicles through 2025. Gene Camp of the PUC staff testified that it could cost utility customers 42% more to pay for rebates than what it would cost taxpayers to finance state tax credits because of the money and interest that Xcel Energy is allowed to recover.