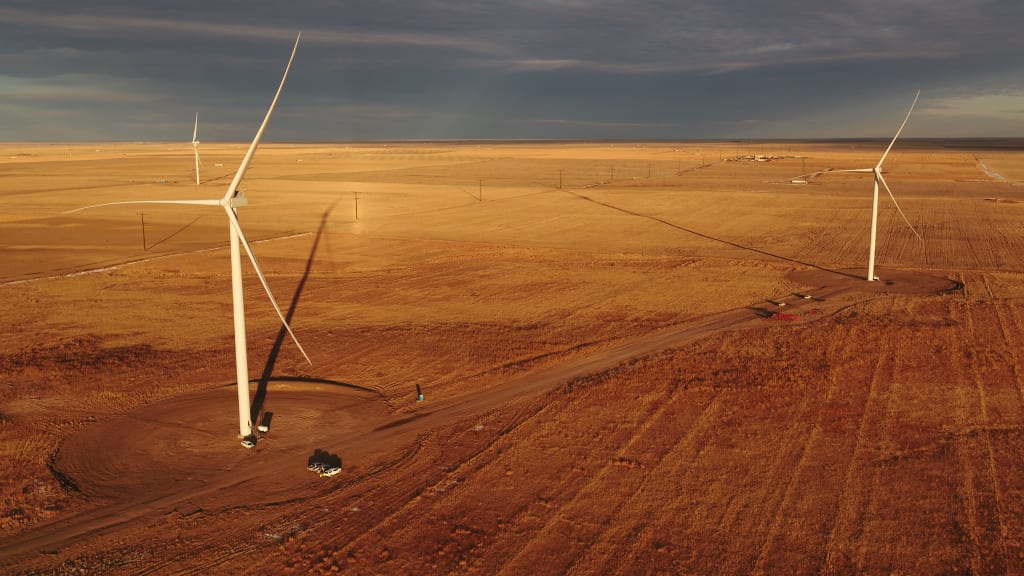 Xcel Energy-Colorado, the first electric utility in the country to set a goal of being carbon-free, said Wednesday that it will up the ante by pledging to cut its greenhouse-gas emissions 85% by 2030.

The new clean energy plan, to be filed with state regulators by the end of March, revises the company’s original goal of cutting the emissions by 80% by 2030. In meeting the target to address climate change, Xcel Energy is proposing to retire its remaining coal plants by 2040.

The Comanche 3 coal unit in Pueblo, which was out of operation most of last year, was originally scheduled to close by 2070. One environmental organization said that will still leave Xcel Energy as the only utility in Colorado planning to burn coal beyond 2030.

The plan also calls for adding 5,500 megawatts of wind and solar power and battery storage to its system.

If the plan is approved, Xcel Energy will more than double the amount of renewable energy and battery storage available on its system in Colorado, said Ben Fowke, chairman and CEO of the Minneapolis-based company.

“That includes about 2,300 megawatts of wind and about 1,600 megawatts of large-scale solar,” Fowke said during a conference call. “You put those two together and that’s enough carbon-free power to power 1.8 million homes annually.”

Xcel Energy will include energy resources that will allow it to provide affordable, reliable service, Fowke added. “I think we saw in extreme temperatures and extreme weather events, we do need natural gas to make sure we have a reliable grid, and it needs to be available.”

The widespread deep freeze that plunged Texas into single-digit temperatures and left millions without power last week didn’t cause the kind of outages in Colorado that it did in other states. But Xcel Energy, Colorado’s largest electric utility, was among the many power providers that paid sky-high prices for natural gas during the frigid weather to keep generating electricity.

Xcel Energy, which has about 1.5 million customers in Colorado, currently gets 38% of its energy from natural gas, 26% from coal and 36% from wind, solar and other carbon-free sources.

Gov. Jared Polis joined Xcel Energy officials for the announcement of the clean energy plan as he did in December 2018 when the utility unveiled its goal to generate carbon-free power by 2050. He said Xcel Energy has helped lead the way for other Colorado utilities.

“We now have over 99% of the fossil-fired generation in Colorado of the utilities committed to 80% or higher reductions by 2030,” said Polis.

Polis has a goal of making Colorado’s electric grid fossil fuel free by 2040.

A  2019 state law set the goal of reducing the state’s greenhouse gas emissions 26% from 2005 levels by 2025; 50% by 2030 and 90% by 2050. Polis said the transition of utilities to renewable energy is a linchpin to achieving the reduced emissions envisioned in the state’s blueprint for addressing climate change and improving air quality.

“That’s why we see an 80% reduction by 2030 from utilities as really a floor, not a ceiling,” Polis said. “So I’m excited Xcel has brought forward a proposal for 85% reduction by 2030, setting a new high bar for many other providers in the state.”

Jon Goldin-Dubois, president of Western Resource Advocates, a conservation group, also commended Xcel Energy for setting a higher goal than the one in the state law.

“Xcel’s development of a concrete plan to achieve ambitious greenhouse gas reduction goals can be a model for other utilities,” Golden-Dubois said during the news conference.

The praise for Xcel Energy’s plan wasn’t universal. Anna McDevitt, the Sierra Club’s Beyond Coal Campaign representative, said Xcel is the only Colorado utility with plans to burn coal past 2030.

“Xcel can either be a climate leader or it can plan to waste more money on gas and keep burning coal,” McDevitt said in a statement. “The Sierra Club will continue to advocate with Colorado communities to push Xcel to commit to the fossil-free future Coloradans are asking for.”

Fowke said Xcel Energy will continue to close coal plants without laying off workers. The company expects to avoid layoffs as employees retire, leave or go through training for new jobs. The company is working with the International Brotherhood of Electrical Workers Local 111 to minimize the impacts on employees.

Xcel Energy has proposed converting the Pawnee coal-fired plant in Brush to natural gas in 2028. The retirement date for Comanche 3, a coal-fired facility in Pueblo, would be moved to 2040 from 2070. The unit has had chronic operational problems since firing up about a decade ago.