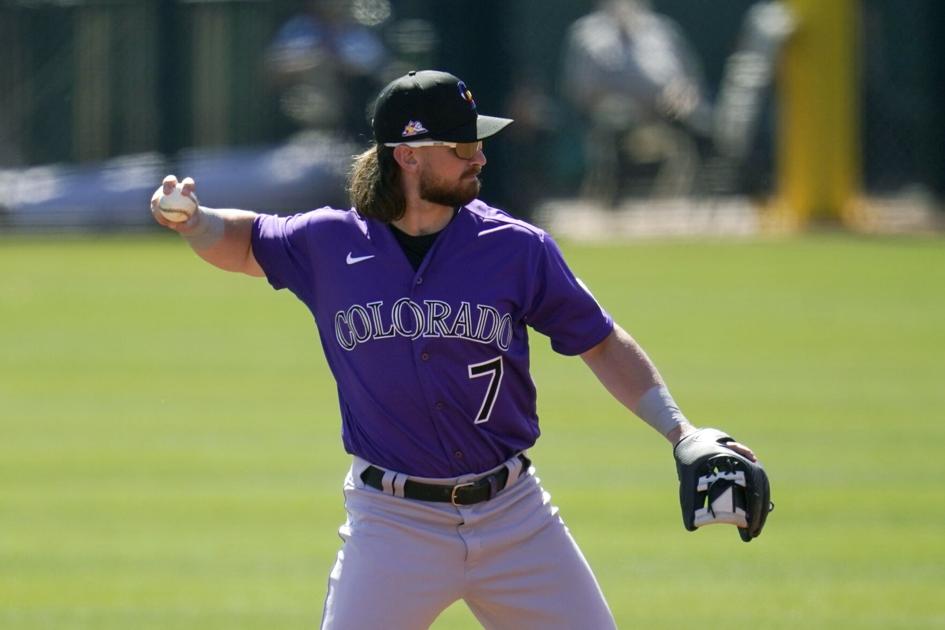 In time the Rockies may tumble … but our love is here to stay.’’

The Colorado Rockies — the baseball team, not the mountain range — will require power, magic and pitching this year, but they remain a mystery.

The franchise will have its lowest 26-man roster payroll (plus three sidelined players) since 2013 at approximately $83 million; more than half the players will make $1 million or less (11 at $575,000); 16 will have fewer than four years’ service in the big leagues, and the Rockies owe Nolan Arenado, Daniel Murphy, Bryan Shaw and Jake McGee $25 million this season.

The Rockies are youngish and unproven, as manager Bud Black acknowledges, and 2018, the team’s last special season, is fading in the rearview mirror.

Black told us at spring training camp that dire predictions, projections and prognostications about the Rox don’t matter. Only the results from “April until October’’ do, he said, “We’re willing to take on the season and see where it goes.’’

The Rockies’ season begins Thursday in Lower Downtown Denver against the world champion Dodgers, who several seamheads are asserting could become the Greatest Club Ever in 2021.

Some say the Rox could be Major League Baseball’s worst team.

The truth lies between.

The other day outside Salt Rivers Fields in Scottsdale I picked up a mesquite tree branch and carried it through security and settled in the press box, where I was the only member of the Colorado media watching the exhibition.

When the game started, I thought that maybe I didn’t get the memo. So, I put both feet up on the counter, meditated for moments and talked to the talking stick at Talking Stick.

I reflected on the first season of the Rockies in 1993, when the Rockies drew 4,483,350 fans to Mile High Stadium with castoff and unknown players and a total payroll of $10.4 million; then, the work stoppage-shortened third season when the team moved to Coors Field and shocked the baseball world by becoming a wild-card team and winning a game in the postseason; 2007 as the Rox went on an unheard-of miracle run and reached the World Series; 2009 when the little club that could did return to the playoffs; and 2017-2018 when the Rockies of Arenado, Trevor Story, Charlie Blackmon, DJ LeMahieu and a Kid Korps starting rotation took the Rockies to two more playoff appearances.

A reduced “sellout’’ crowd of 21,000 — featuring 7,500 vaccinated frontline medical workers invited to the park and probably thousands of Dodgers fans — will gather on a mild afternoon and open a wonderful weekend series to start to find out if owner Dick Monfort is correct in his assessment that the Rockies are “built to compete’’ and executive VP/GM Jeff Bridich is right that the Rockies are not in rebuild mode.

Will millions of Rockies’ infuriated adherents begin to believe or boycott?

Chances are they won’t win 90 for the fourth time.

Problematic is the Rockies must play division teams in 90 games. Also, they’ve been baseball’s most unsuccessful road team overall since their inception.

The talking stick says the Rockies will tumble to 62-100. Will our love stay?