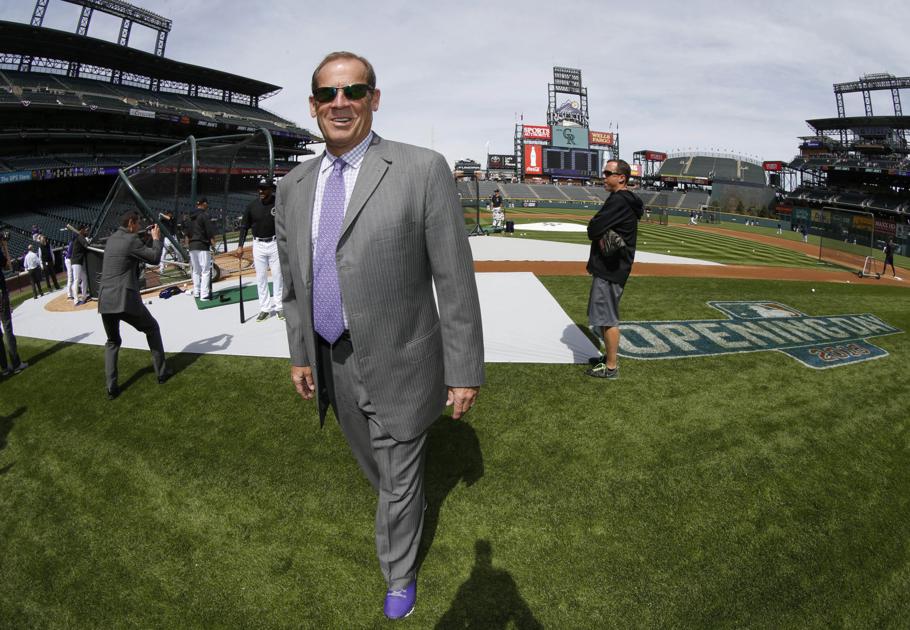 “Oh. But he was a tight-fisted hand at the grindstone, Scrooge! A squeezing, wrenching, grasping, scraping, clutching, covetous old sinner!”

Meanwhile, Ebenezer is preparing for the grand opening in January of his colossal downtown real estate-hotel-commercial extravaganza development and his personal move into one of the two luxurious penthouses atop one of the buildings.

The project cost more than $250 million, but Ebenezer complained recently in a letter to season-ticket holders that the Rockies and other franchises are suffering “woe is us’’ financial losses. Poor babies.

The Rockies are valued by Forbes Magazine in 2020 at $1.275 billion, up 4 percent during the pandemic. The original Rox ownership investment in the 1990s by Ebenezer’s brother, Charlie, was approximately $15 million.

Ebenezer has refused to talk publicly about the Rockies since he addressed a breakfast event in Greeley on Feb. 1 and boldly predicted the team’s record would be 94-68.

Instead, the Rox finished just a bit outside — 26-34 in a season begun late and abbreviated by COVID-19. From Aug. 9 until the end of the regular season Sept. 27, the Rockies agonized though the worst record in Major League Baseball, once allowing 23 runs.

Ebenezer and general manager Jeff “The Brain’’ Bridich were supposed to hold a state-of-the-franchise press conference after the season ended but did a no-show in Lodo.

Instead, Ebenezer wrote a form letter bemoaning the “new economic reality’’ — does he get a $600 stimulus check? — and offering an objective of “more group consistency throughout the season’’ and to be “playoff contenders.’’ He also is pleading for people to buy mini-package tickets.

The first offseason moves made by Ebenezer and The Brain were to dump 2019 All-Star outfielder Dave Dahl and starting catcher Tony Wolters, and get nothing in return, and trade perennial bust Jeff Hoffman for a JAG who has won three games in the past three seasons, with an earned-run average above 9 in two.

In doing us all a real favor, The Brain finally did a conference call and no-commented throughout when questioned about important issues confronting the club.

As in, what about Nolan Arenado and Trevor Story, the Rockies’ superstars who are being mentioned in every major trade rumored in baseball? Arenado has been linked to deals involving the Dodgers and the Cardinals, and Story reportedly is sought by the Yankees and the Twins.

Both will be gone from Denver at the latest after the 2021 season because the GM had The Brain Burps when he willingly added to Arenado’s contract an opt-out clause following next season, and he signed Story to a short-time pact that ends in less than a year.

Ebenezer likely will not receive any return when the greatest shortstop-third base combo in the game bails out to California teams.

Playoff contenders? The Rockies, who haven’t won a division title in the history of the franchise, will be playoff pretenders for another decade, considering that they are ranked with the second-worst minor-league system and soon will have the league’s worst major league roster.

Bud Black, however, “anticipates’’ that Arenado and Story still will be here next season and the manager would “like to think we’re still in that window” to reach the postseason. More possible is a basement window.

The “draft and development’’ franchise, it claims, could end up with three 30something starting outfielders — Charlie Blackmon, Kevin Pillar and, he’s back, Ian Desmond, and an Abbott and Costello routine of “Who’s On First,” “What’s On Second’’ and “I Don’t Know About Catcher.’’

Ebenezer never will fire himself as CEO of the Rockies and hire somebody who knows something about baseball and is a veteran executive, and he never will fire The Brain, who seems to have committed more errors in his GM career than Herman Long did in his playing career (1,096).

To Ebenezer, we all say in the cold-stove league this week: “Bah, you humbug.”