With thousands of students missing, Colorado officials call on parents to enroll their children in school 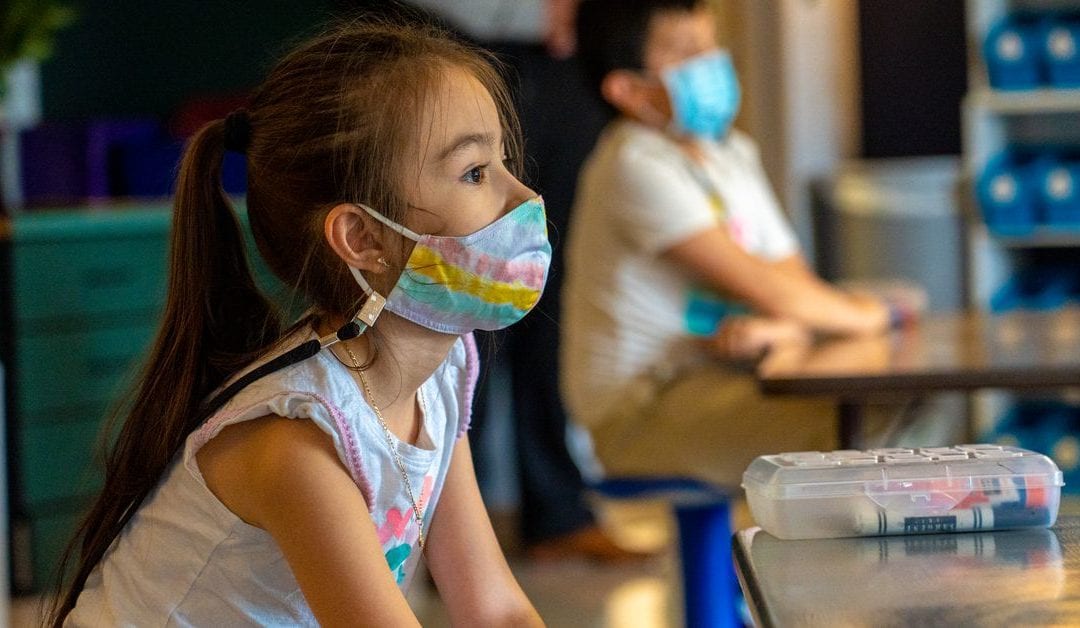 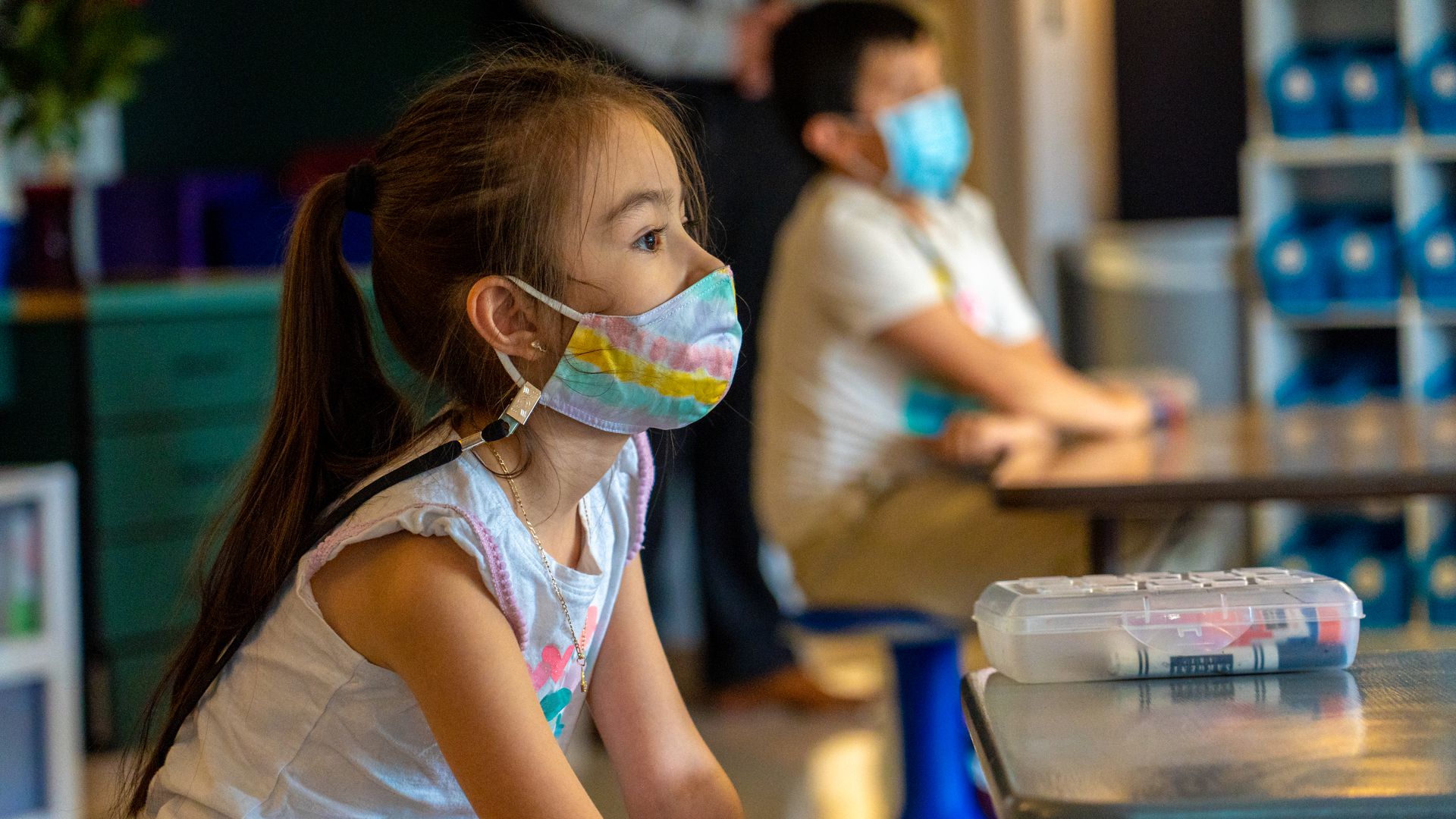 More than a month into the school year, thousands of Colorado students still have not shown up to classrooms, physical or virtual.

On Tuesday, Gov. Jared Polis, Education Commissioner Katy Anthes and others pleaded with parents to enroll their children in school, despite their concerns about the risks of in-person learning or their frustrations with online education.

“A lot of parents are not ready for their children to go back, and they don’t love the online program,” Polis said. “Enrolling is very important. Your kid will likely go back to school at some point in the future, and you don’t want them to have a very big deficit when they do. Schools are working very hard to catch students up, and that’s impossible to do when they are not participating in school in some form.”

In addition to keeping students on track academically, officials said that participating in school even in less-than-ideal circumstances will help children get access to mental health support, social connections, and meals.

“Even if you’re doing it remotely, we can still create a sense of belonging for our students,” Anthes said, describing teachers who had gone above and beyond to reach students in distress. “Students who are not engaged in learning at all are missing out on all the resources that schools can offer them.”

Enrollment is also closely tied to school funding in Colorado. Thursday is Count Day, when Colorado school districts tally their students to determine their official enrollment for the year. Every student is worth thousands of dollars.

Polis said he has directed the Colorado Department of Education to give districts as much flexibility as possible but the state ultimately needs to distribute funding in accordance with the law.

Typically, official enrollment numbers from Count Day aren’t released until January, but around the state, districts large and small are reporting fewer students.

Chalkbeat requested initial enrollment data as of Sept. 10 from the five largest school districts in Colorado. Each district reported lower enrollment — up to about 3.5% fewer students — than what districts had projected before the pandemic.

In Denver, district officials had estimated they would enroll more than 87,000 students this fall. In September, schools had only registered 85,055 students, or 2.3% less.

More families are registering their intent to home-school their children. Of the five largest districts, Jeffco appears to show the biggest jump. Through the end of August, Jeffco has received 1,506 letters of intent to home-school. Based on state data, that would be a fivefold increase over last year.

But in most districts, the number of home-schooling families remains low overall and doesn’t account for most of the missing students.

In the press conference, Polis said that home-schooling properly requires a significant investment of time and resources.

“Don’t think you’re homeschooling because you’re giving your kid a book and leaving them all day at home,” Polis said.

In Aurora, a more detailed look at enrollment trends earlier this month showed an unexpected change: fewer new incoming students. The biggest gap was among kindergarten children. Aurora enrolled only 86% of its expected kindergartners.

The large Denver metro area districts are not alone. The Journal reported in late August that nearly 20% of students hadn’t shown up in the 2,500-student Montezuma-Cortez district in southwest Colorado, while Boulder Valley school district has 1,000 fewer students than last year, the Daily Camera reported.

And in a legislative hearing earlier this month, officials told lawmakers that districts in the Pikes Peak region around Colorado Springs cannot account for as many as 4,000 students.

Families appear to be sitting out the school year for several reasons. Some well-off families have formed learning pods with private tutors or enrolled their children in private schools that offered in-person instruction when many school districts started the year online. Other families may not feel safe sending their children to school but don’t think online options provide a good alternative, especially for younger children.

Drops in enrollment seem to be highest in the early elementary grades, though Denver Superintendent Susana Cordova said the district has also seen drops in high schools that work with students most at risk of dropping out.

Other families, having lost jobs and housing or suffering from illness or the death of relatives from COVID, may be in crisis. They might be homeless or have moved out of state or sent their children to live with relatives.

Officials stressed the emotional and psychological importance of school. Dr. Chris Rogers, president of the Colorado Child and Adolescent Psychiatric Society, pointed to the sense of structure and predictability that school provides. The children he treats at Medical Center of Aurora often describe feelings of profound isolation that school can mitigate.

He also acknowledged that many students are struggling to focus and complete work in classes in which they previously did well and that parents are more stressed out and juggling more roles than ever before.

“While I don’t pretend to know all the reasons why some families are not prioritizing school enrollment and attendance, I suspect that many have felt that giving up is the easiest option when faced with so many expectations,” Rogers said.

Anthes asked employers to be flexible with working parents so they can support their children and asked community organizations that work with families in severe poverty to make sure to ask about schooling.

Rico Munn, superintendent of the Aurora district, said school staff have fanned out to knock on doors to find out how families are struggling and what barriers exist to children attending school, and other districts have taken similar steps.

On Tuesday, Polis pledged 40 Americorps volunteers to work with high-needs districts to reach out to families and encourage them to enroll. He also announced more than $2 million in housing assistance to help 225 homeless families find stable places to stay.

Munn said the pandemic will affect every student’s life, but it doesn’t need to alter their long-term trajectories, which is a risk of not attending school.

“The way we can make sure this event is not life-changing is to provide as much continuity as possible,” he said. “Public school educators are here with the resources to support you and your family, but to do that, we need you to enroll your kids, whether that’s online or in-person.”