With no action by Congress, Colorado and other states are racing to offer coronavirus aid 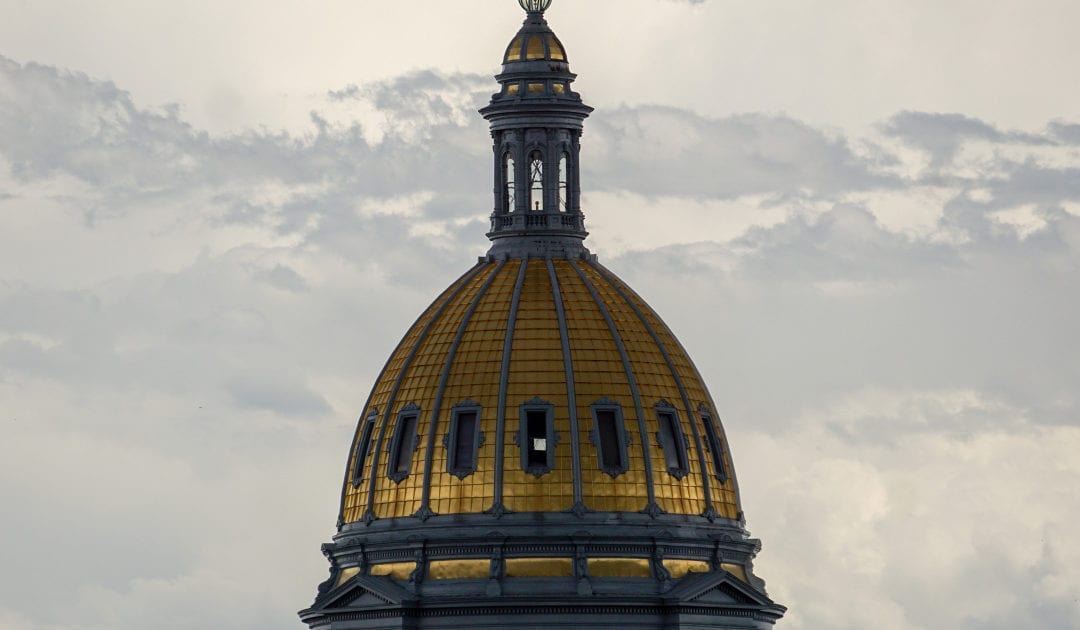 By Cedar Attanasio and Julie Carr Smyth, The Associated Press

SANTA FE, N.M. — Faulting inaction in Washington, governors and state lawmakers are racing to get pandemic relief to small-business owners, the unemployed, renters and others whose livelihoods have been upended by the widening coronavirus outbreak.

In some cases, elected officials are spending the last of a federal relief package passed in the spring as an end-of-year deadline approaches and the fall COVID-19 surge threatens their economies anew. Democrats have been the most vocal in criticizing President Donald Trump and the GOP-controlled Senate for failing to act, but many Republican lawmakers are also sounding the alarm.

Underscoring the need for urgency, the number of new COVID-19 cases reported in the United States reached 205,557 on Friday, according to data from Johns Hopkins University – the first time its daily figure topped the 200,000 mark. Its previous daily high was 196,000 on Nov. 20.

The total number of cases reported in the U.S., since the first one in January, has topped 13 million.

The Democratic governors of Colorado and New Mexico convened special legislative sessions in the closing days of November to address the virus-related emergency. Earlier this week, the New Mexico Legislature passed a bipartisan relief bill that will deliver a one-time $1,200 check to all unemployed workers and give up to $50,000 to certain businesses.

Gov. Michelle Lujan Grisham said the state took action to help residents “who have real issues about keeping food on their table, a roof over their head.”

“While the United States of America is on fire, the Trump administration has left states to fight this virus on their own,” she said, noting state efforts alone simply are not enough. “It is clear no help is coming — not from this president, not from this administration. As we have done every day this year, New Mexico will step up.”

In Colorado, a special session scheduled for Monday will consider roughly $300 million in relief to businesses, restaurants and bars, child-care providers, landlords, tenants, public schools and others.

“Even as cases have exploded across the country, Congress and the president have not yet passed much-needed relief for people,” Colorado Gov. Jared Polis said in announcing the session. “Here in Colorado, we want to do the best with what we have to take care of our own.”

In New Jersey and Washington state, Republicans who are a minority in both legislatures were the ones pushing for special sessions. They want to direct more money to struggling small-business owners.

Republican lawmakers in Wisconsin, who control both houses of the Legislature, are considering whether to return in December to address effects of the latest coronavirus wave after Democratic Gov. Tony Evers put forward a $500 million COVID-19 relief bill earlier this week. Minnesota Gov. Tim Walz, a Democrat, plans to convene lawmakers in December to contend with the virus, partially at Republicans’ urging.

“Senate Republicans are committed to recovering our economy that has been harmed by broad and prolonged shutdowns,” Minnesota Senate Majority Leader Paul Gazelka said in a statement. “We will work with anyone to find solutions.”

State government leaders want Trump and Congress to extend the Dec. 30 deadline for spending virus relief money already allocated under the CARES Act, which was approved in March, and to provide more federal funding to deal with the consequences of the latest surge.

In making his decision to call the Minnesota Legislature into special session, Walz cited “a sense of urgency” around doing something on the state level due to the lack of a federal response.

The Minnesota Council of Nonprofits reported that more than half of the state’s charitable organizations received forgivable loans through the CARES Act’s Paycheck Protection Program this year, while another $12 million from the CARES Act is going to organizations that provide food to the needy. But all that will be spent — or lost — by the end of December without congressional action.

“I would reiterate to our federal partners — to the outgoing administration and to the incoming Biden administration — please work together, please find a compromise in there, please. If you have to, move a package now with the idea that you will come back and move one later,” Walz said. “COVID is not going to end at the end of the month. We are in an unrelenting spike.”

Pennsylvania House Majority Leader Kerry Benninghoff, a Republican, gives credit to the federal government for the billions in aid previously sent out, but he said small businesses and people who have lost work need more federal assistance.

“The election’s over,” Benninghoff said. “This is not a time for finger-pointing.”

In neighboring New Jersey, the partisan divide over $4 billion in COVID-19 borrowing backed by the Democratic governor and Legislature prompted a court challenge by minority Republicans. The state’s high court sided with Gov. Phil Murphy’s administration, citing the unprecedented nature of the outbreak.

Even so, Murphy has regularly pleaded with Congress for more aid.

“It’s shameful that they have not acted in Congress, especially (Senate Majority Leader Mitch) McConnell and the Republican Senate, to throw a lifeline to small businesses,” he said.

Republicans have proposed a $300 million aid package to small businesses and nonprofits, but the legislation is stalled. GOP lawmakers told the governor if he does not call a special session to address the need, many businesses and charities “might not survive the winter.”

Having already committed the bulk of their virus relief allotment, lawmakers in one state, Illinois, were forced to end the year with an unaddressed $3.9 billion budget deficit. They canceled what would be their regular fall session in November, citing the health threat posed by the virus, and expressed hope for help from the nation’s capital when they return.

“If the federal government doesn’t stand up and step in, we’re in a very bad situation — for our schools, colleges and universities, health care programs, child care, senior services,” House Majority Leader Greg Harris, a Democrat, said. “This isn’t like all the blue states are hurting and all the red states are humming along. Everybody’s in bad shape.”