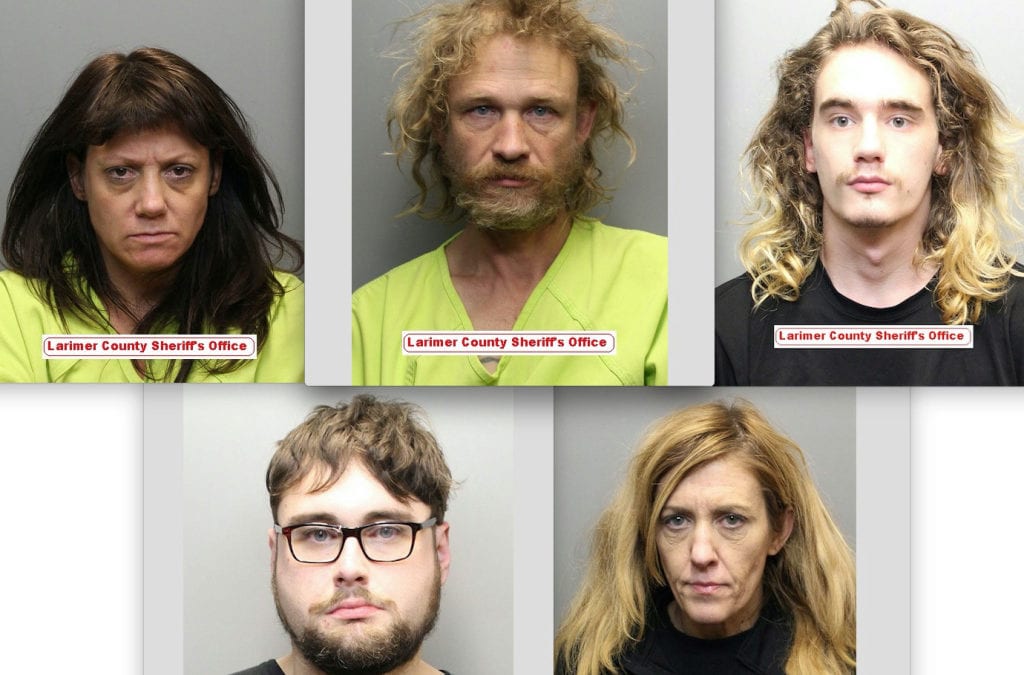 Windsor police helped with a Northern Colorado Drug Task Force operation that resulted in five arrests Wednesday morning, as well as the seizure of hundreds of grams of illegal drugs.

The task force has spent the past several months investigating drug distribution along the East Mulberry Corridor in Fort Collins, a news release from the Larimer County Sheriff’s Office states. About 6 a.m. Wednesday, law enforcement executed multiple search warrants at the Baymont by Wyndham Hotel, 3808 East Mulberry St., near Colo. 14 and Interstate 25. Police searched four hotel rooms and a vehicle.

Goss and Backhoff were arrested on suspicion of three counts of possession with intent to distribute, as Class 1, 2 and 3 felonies, as well as outstanding drug possession warrants. Smith was arrested for violating a protection order, as well as four warrants for domestic violence-related harassment and trespassing charges and for failure to appear charges involving dangerous drugs and possession of burglary tools.

Cole was arrested on a warrant for failing to verify location as a sex offender. Reeves had warrants for failure to appear and failure to comply charges, relating to a burglary and dangerous drugs charges.