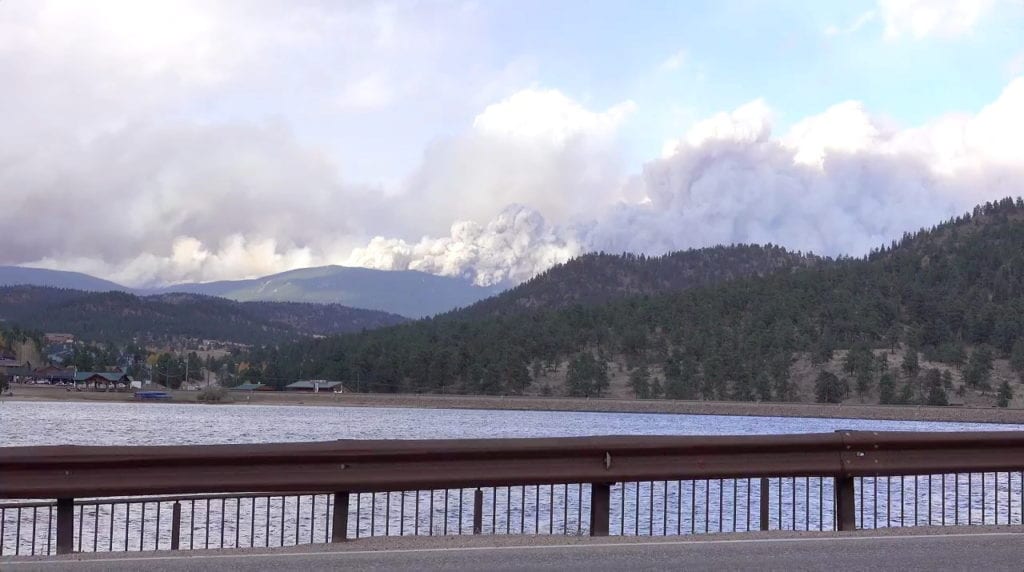 Firefighters expected windy weather to continue into the weekend but said they were well-positioned to keep the Cameron Peak Fire from burning more cabins in the mountains west of Fort Collins, Colorado.

About 90 fire engines and 500 firefighters were in place Thursday to protect homes and other buildings along the fire’s especially active eastern flanks, fire operations section chief Paul Delmerico said Thursday.

“We expect a challenging few days ahead of us. But we have beefed up and feel like we have adequate resources in these areas to do what we can, especially when it comes to structural protection,” Delmerico said.

As of Thursday, the fire had burned 256 square miles, making it 40 square miles (104 square kilometers) bigger than one north of the city of Grand Junction in western Colorado that held the previous record and was fully contained on Sept. 15.

The Cameron Peak Fire’s growth prompted new evacuation orders as it spread toward communities outside Rocky Mountain National Park. The latest evacuations affected mainly recreational properties — including hundreds of mountain cabins — in and around the communities of Glen Haven and Drake.

The fire began in mid-August and so far has damaged or destroyed around 100 buildings, about one-third of them homes. The tally could increase once the fire cools enough to allow an updated damage assessment.

Before this week, cooler weather had been helping firefighters at the Cameron Peak Fire and the 276-square-mile (715-square-kilometer) Mullen Fire in southeastern Wyoming and northern Colorado. Despite the wind, the Mullen Fire has grown little in recent days.

The fires were active much later in the year than usual. Cold temperatures and mountain snows usually end fire season in the region by October.