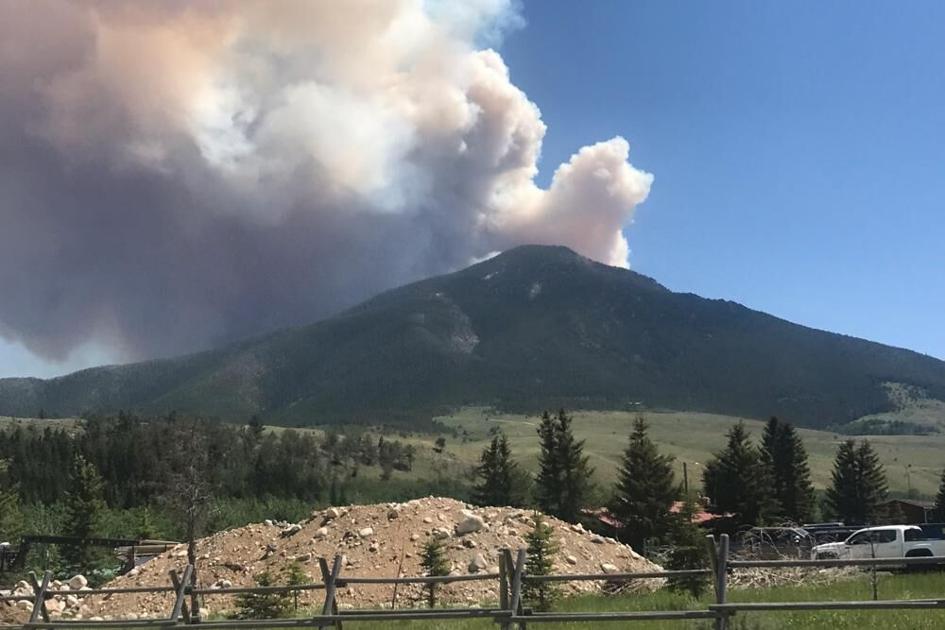 BILLINGS, Mont. (AP) — A sweltering heat wave smashed daily temperature records in Montana and Wyoming and complicated the fight to corral several large wildfires, as gusts fanned the blazes and triggered evacuations of some rural areas.

An excessive heat warning was in effect across much of central and eastern Montana and portions of northern Wyoming through 9 p.m. Tuesday. Forecasters warned people to stay out of the sun and not to leave young children and pets in unattended vehicles.

A red flag warning for extreme fire danger was issued. Strong winds with gusts up to 35 miles per hour (56 kph) were expected. That could stir up wildfires already burning and make it hard to stamp out new blazes.

A wildfire that broke out Monday south of Red Lodge in Montana near Yellowstone National Park grew quickly overnight and had burned more than 3 square miles (8 square kilometers) by Tuesday morning, according to the Custer Gallatin National Forest. The column of smoke from the fire grew as the day went on and about 80 firefighters were working on the scene Tuesday to suppress the fire, officials said.

Residents of the Gold and Ruby Creek areas were evacuated Tuesday morning. Residents of other nearby areas were told they could be asked to evacuate if conditions worsened.

About 70 firefighters were trying to contain a fire burning in timber and grass in the Deep Creek area of the Big Belt Mountains east of Townsend. A helicopter reportedly went down Tuesday evening and the crew was OK, according to the Independent Record. Gov. Greg Gianforte tweeted that “all involved are getting the necessary medical attention.”

Strong winds pushed the fire across Highway 12, which was closed to most eastbound traffic, and law enforcement in the afternoon began evacuating residents of the Grassy Mountain Subdivision, according to the Helena-Lewis and Clark National Forest.

Fire officials said personnel responding to the blaze found a fallen tree had downed a power line, and were trying to determine if that’s what sparked the fire.

On the Crow Reservation, officials reported a new fire in the Bighorn Mountains near the Montana-Wyoming border. The fire was burning in steeply-sided Little Bull Elk Canyon, with flames up to 150 feet (46 meters) high that threatened to spread the blaze rapidly, officials said.