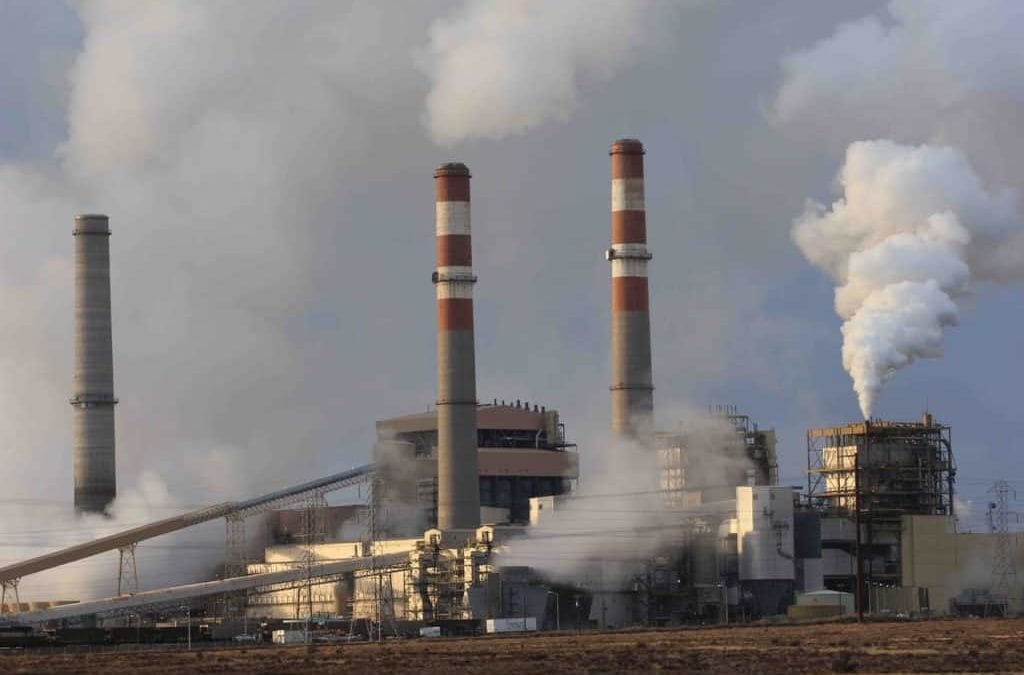 PUEBLO — Shortly after Comanche 3 began producing electricity in 2010, a sign greeted visitors in the bowels of the coal-burning plant in Pueblo: “The monster has risen.”

The coal-burning unit was originally scheduled to retire in 2070. Now it’s an open question whether fire will continue in the belly of this beast beyond 2030.

The Colorado Public Utilities Commission in May agreed to launch an investigatory docket. The investigation, said PUC Chairman Jeff Ackermann, should include possible modifications of the unit and “even retiring options.”

Xcel Energy, the state’s largest utility, with more than 60% of market share, operates Comanche and owns two-thirds of the production. It is among the nation’s newest coal plants and, with 766 megawatts of generating capacity, Colorado’s largest.

Yampa Valley Electric Association gets most of its electricity from Xcel, which also operates and is primary owner of the Hayden Generating Station.

Comanche 3 has been afflicted by operational problems almost from its beginning. Problems continue. The plant had been down for maintenance and repair when what Xcel Energy describes as an “operating issue” forced further repair and delay. The utility now expects Comanche 3 to resume production in early fall.

Ratepayers ultimately absorb the cost of repairs, which is why the PUC believes it should have an interest in the viability of the coal plant, as it regulates Xcel Energy, an investor-owned utility. It does not have the same purview over electrical cooperatives, including Holy Cross Energy and Intermountain.

Also a factor identified by Ackermann are Colorado’s carbon reduction targets. A 2019 law, HB19-1261, the Climate Action Plan to Reduce Pollution, ordered electrical utilities regulated by the PUC to reduce emissions of carbon dioxide 80% by 2030 relative to 2005 levels. This is part of a broader goal identified by the law of decarbonizing Colorado’s economy 50% by 2030.

A majority of coal plants in Colorado will be closing during the decade. Altogether, nine coal-burning units at five stations across the state will be closed by 2030. That will leave just four units, including Comanche 3, all of them operated by Xcel, remaining in operation, according to current timetables.

The closings have been driven by many considerations: plunging prices of renewables coupled with technological innovation but also tightening restrictions governing the role of emissions in creating ground-level ozone.

Grassroots initiatives have also played a role. Fort Collins, Estes Park and Longmont all adopted 100% emission-free goals, a factor in the decision by the Platte River Power Authority to announce the 2030 closing of its Rawhide power plant. Loveland, the fourth member city of the utility, adopted a more conditioned endorsement of the 100% goal.

Comanche 3 was controversial from its inception. Environmental groups opposed it as unnecessary. Major groups relented in 2004 after forging an agreement that required Xcel to embrace energy efficiency. It joined two other units, Comanche 1 and 2, both completed in the 1970s. They’re now scheduled to close in 2022 and 2025 as part of Xcel Energy’s decarbonization effort called the Colorado Energy Plan.

The new plant had troubles almost from the start. Xcel chose to use a state-of-the-art design that included use of alloys in a component called the finishing superheater. Problems appeared within a year of operations. Because of multiple leaks, the original components were replaced by stainless steel tubes in 2015. There had been 15 outages of the plant because of the leaks plus a 79-day outage while the new superheater was installed.

The Sierra Club persuaded two of the three PUC commissioners in December to disallow $11.7 million spent by Xcel to fix the problem from the rate base. The rate base is the value of property on which a public utility is permitted to earn a specified rate of return.

In March, Xcel asked for the PUC to reconsider this and other elements of its decision, all in the interest of allowing Xcel to earn more money. The PUC had authorized a return on equity of 9.3%. This rate, said Xcel, significantly lagged 9.63%, the national average authorized return for vertically integrated utilities such as Xcel. In Colorado, Xcel formally operates under the name Public Service Co. and delivers more than 60% of electricity consumed in the state.

“Our customers enjoy bills well below the national average and a high level of reliability, and Public Service under the Xcel Energy umbrella is leading the clean energy transition not just here in Colorado but nationally,” Xcel said in its March 2 application to the PUC for a reconsideration of its decision about rates.

In a May meeting, PUC Commissioner John Gavan credited Xcel as a “leader in the ESG (environmental, social and governance) space.” But Gavan also pointed to Xcel’s stock and individual performance, which he described as “stellar over the last decade.”

“I don’t want anything to be said today or throughout the long proceeding to be interpreted as lack of recognition or affirmation of Public Service company’s leadership in clean energy,” he said.

He later tempered his praise by noting that Xcel, in reducing emissions, is merely complying with the law.

“Public Service Co. seems to be advocating that compliance with the law should be the basis for an increased REO (return on equity). And I don’t think that argument makes sense,” Ackermann said.

Comanche 3’s problems then came up. The coal plant has “too many operational problems,” said Gavan. He cited turbine blade erosion and other unspecified issues.

“I remain very concerned about the ongoing performance and operational problems with Comanche 3,” he said. “I would like to open an investigatory docket to better understand the depth of this issue and the rate impacts these ongoing problems have imposed on ratepayers.”

The PUC is expected to have a full discussion about the scope and purpose of the Comanche investigation, but that discussion has not yet been scheduled.

A 2019 study by Strategen Consulting for the Sierra Club found that Comanche 3, if operations continue through 2050, would cost nearly $1.8 billion to operate.

The Sierra Club supports the investigation.

“Despite Xcel’s promises that the Unit would be a state-of-the-art facility, Comanche 3 has had a number of problems — including major equipment failures in its first few years of operation,” said Matthew Gerhart, staff attorney for the Sierra Club Environmental Law Program in Denver. “And given Colorado’s climate goals, there needs to be a hard look at Comanche 3, which is the largest coal unit in Colorado and our state’s single largest source of carbon emissions.”

“We can choose to do nothing and allow what is a now a $1 billion dollar mistake to become a $2 billion or more mistake,” she said.

Better, she advised, would be to close the coal plant even before it opened and instead invest in carbon-free infrastructure.

Of course, Xcel and other utilities were then unsure they could integrate wind and solar resources in ways to ensure reliability. They had become confident by late 2018 to announce a goal of 80% carbon-free energy by 2030 and emissions-free energy by 2050.

To close Comanche 3 relatively soon would also leave Xcel and its minority owners with a giant debt still mostly undepreciated. One possible solution would be to tap securitization, a tool authorized by a 2019 Colorado bill. Under SB19-236, a utility can issue bonds in the amount of the remaining investment for rates that are far lower than normal, accelerating payment. That tool, however, is unavailable to the other two owners, Holy Cross and Intermountain, because they are not private companies.

The investigation will coincide with planning by Xcel about how it intends to move forward in coming years. Those intentions will be revealed when the utility submits its five-year electric resource plan to the PUC in spring 2021. Included will be the plans for retirement of its remaining coal units

Alice Jackson, president of Xcel’s Colorado subsidiary, said at a forum in late April that the company is looking into both modular nuclear units and carbon capture and sequestration as ways to get from 80% to 100% emissions-free energy. The company announced that 2050 goal in 2018.

Longtime Colorado journalist Allen Best publishes Big Pivots, an email newsmagazine, from which this was adapted. Subscribe for free by going to BigPivots.com.