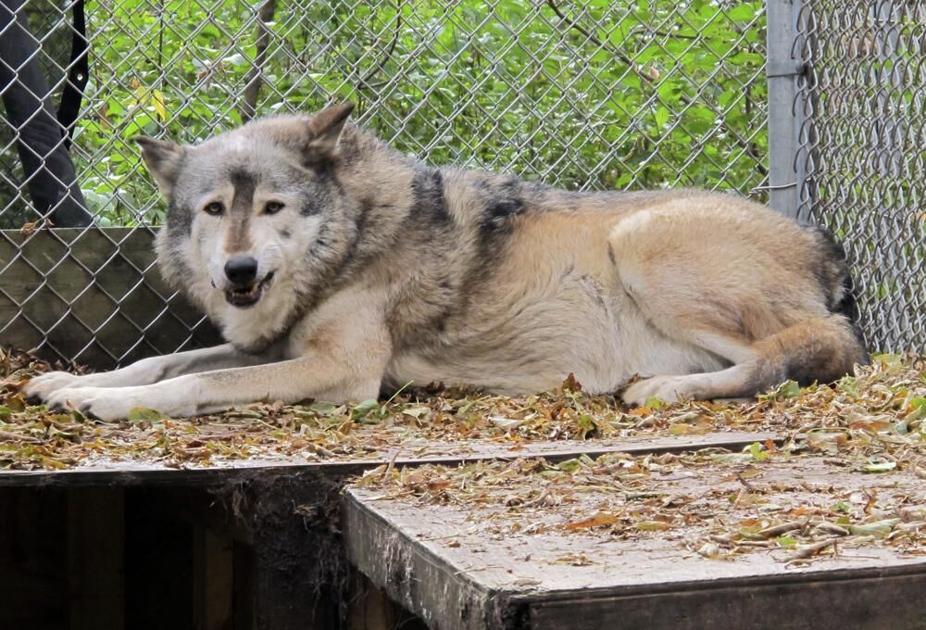 The lawsuit comes after hunters blew past their kill limit during a messy, court-ordered spring hunt in February. Conservationists deluged the state Department of Natural Resources with requests to cancel the fall hunt out of concerns it could devastate the wolf population.

DNR biologists recommended setting the fall quota at 130 animals. But the agency’s board voted this month to set the kill limit at 300 animals. Wisconsin’s Chippewa tribes are entitled to half the quota but refuse to hunt wolves because they consider them sacred, meaning the working quota for state-licensed hunters likely would be 150 wolves. Wildlife advocates say that’s still too many.

“In a parody of reasoned deliberation, the board spurned the recommendations of DNR’s experts, disregarded science, and ignored the facts to arrive at a politically contrived conclusion that flouts the board’s constitutional and statutory responsibility to protect and conserve the state’s wildlife,” the lawsuit says. “Absent court intervention, the result will be another devastating blow to Wisconsin’s wolf population.”

Hunters, farmers and conservationists have been locked in a tug-of-war over how to handle wolves in Wisconsin for years. Farmers say wolves destroy their livestock, and hunters are looking for another species to stalk. Conservationists argue the animal is too beautiful to kill and that the population is still too fragile to support hunting.

The state held three wolf hunt seasons before a federal judge placed wolves back on the endangered species list. The Trump administration decided to remove them again in November. The decision became final in January.

The DNR had planned to hold a hunt in November but hunter advocacy group Hunter Nation won a court order forcing the agency to allow a hunt in February. The group argued that the Biden administration could place wolves back on the endangered species list at any moment, robbing hunters of the opportunity to kill wolves.

The DNR set the kill quota at 119 but hunters killed 218 wolves in just four days, forcing an early end to the season. Conservationists called it a massacre. The DNR’s latest estimates put the wolf population at around 1,000 animals; wildlife advocates say hunters probably killed a quarter of the population if poaching is taken into account.

They urged the DNR to cancel the fall season. DNR biologists compromised by setting the kill quota at 130 animals, assuming the Chippewa would claim their half and leaving a working quota of 65. But Walker appointees control the agency’s board and bumped that limit up to 300, in effect setting the quota at 150.

The lawsuit demands a judge block the fall hunt because the board ignored science and flouted its responsibility to protect Wisconsin’s wildlife. The groups argue that the board vote was illegitimate because Chairman Fred Prehn is holding his position illegally, and that he confused the board with a flurry of motions leading up to the final quota vote.

Prehn’s term ended in May. Democratic Gov. Tony Evers appointed Sandra Naas to replace him, giving Evers appointees a majority. Prehn has refused to step down until the state Senate confirms Naas; Republicans control the Senate and have made no moves toward a hearing on Naas.

The lawsuit also asks a judge to invalidate the 2011 wolf hunt law. The groups argue that the state constitution requires the DNR to protect natural resources. The law doesn’t allow that because it strips the agency of its discretion in deciding whether the wolf population is strong enough to survive a hunt, according to the filing.

DNR spokeswoman Sarah Hoye declined to comment on the case.

The plaintiffs include Madison-based Great Lakes Wildlife Alliance; California-based Project Coyote; and Animal Wellness Action and the Center for Humane Economy, both based in Washington, D.C.

Also included as plaintiff is Patrick Clark of Beaver Dam, Wisconsin, who argues that he enjoyed watching a pack of nine wolves near Wisconsin Dells — he named some of the wolves Roosevelt, Shaggy, Winston, Clyde, and Wolfee — but that hunters killed seven of them in February. He argues in the lawsuit that canceling the fall hunt might enable the pack to grow again.