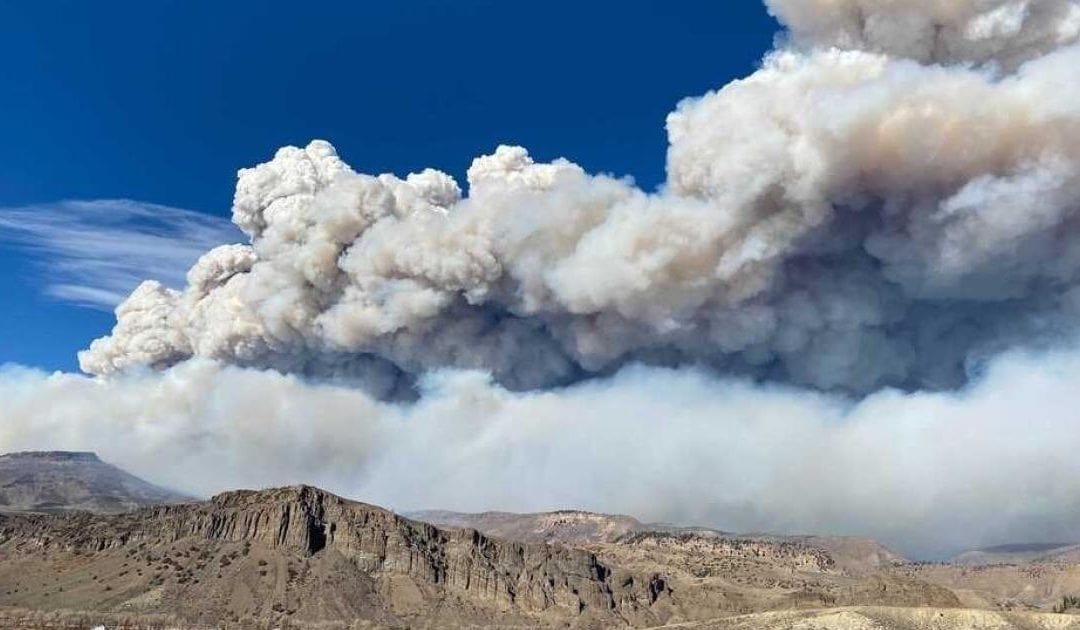 Even as massive wildfires swept across northern Colorado, Gov. Jared Polis on Thursday urged  state air regulators to “never take our eye from the ball of the climate crisis.”

The fires that have engulfed the state for months only underscore the need to meet the state’s  goal of reducing  greenhouse gas emissions, which have been linked to climate change and  an increased fire season in the West.

“We’ve had our two largest fires in the history of Colorado this year and the fourth largest as well,” Polis said in an address to the Air Quality Control Commission. “This only emphasizes the importance of this work, your work.”

But some environmental groups and former air commission members have criticized the governor and the commission for not pressing for deadlines on rulemakings and broader greenhouse gas rules, such as a cap on total emissions from industry and utilities.

The governor said that the administration’s Colorado Greenhouse Gas Reduction Roadmap, released in September, will enable the state to meet the targets of reducing emissions of the heat-trapping gases.

The roadmap, however, has drawn criticism from some environmental and community groups for lacking deadlines or specific emissions reduction goals.

“No roadmap will get us to our goals if it is missing the policies that can actually guarantee pollution goes down, ” Pam Kiely, senior director for regulatory strategy at the Environmental Defense Fund, said in an email.

Polis outlined a number of steps that are being taken by state government and the private sector, including the voluntary closure of nine coal-fired power plants by utilities, including Xcel Energy, the Colorado Springs Utilities, Platte River Power Authority and Tri-State Generation and Transmission Association.

The state has also adopted rules bolstering the sale of electric vehicles and curbing oil and gas emissions. The steps already being taken, are getting half the emission reductions needed to meet the targets, Polis said.

Stacy Tellinghuisen, a senior climate analyst at Western Resource Advocates, said in a statement that while Colorado has made progress it remains “far off track” from meeting the pollution reduction targets.

The roadmap outlines potential AQCC initiatives on transportation, building heating, and oil and gas emissions and Polis endorsed this “sector by sector” approach. To be successful on a scale and timeline that science demands,” he said, regulators “need to go sector by sector.”

Polis said that Colorado has a “climate-dependent economy,” with sectors such as skiing, outdoor recreation and agriculture. “It is not only affecting the quality of life, but putting bread on the table,” he said.

“It’s fantastic to see Gov. Polis highlight what’s at stake for our climate by personally presenting his climate roadmap to the AQCC,” Kelly Nordini, executive director of Conservation Colorado, said in a statement, “but his roadmap needs a bold boost to catch up to other states who are national leaders.”