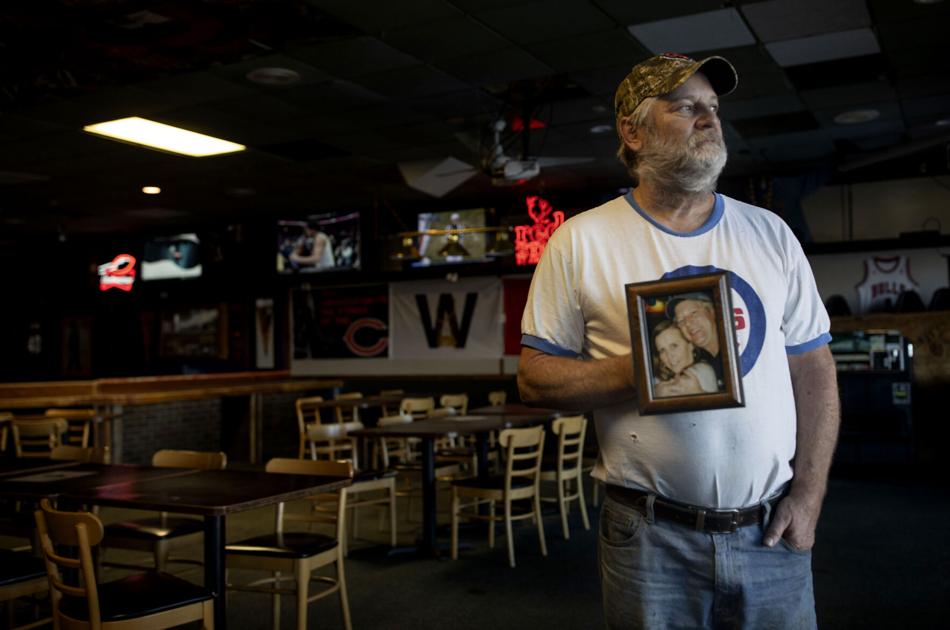 At least for now.

Dan and Lori Prellberg have owned the Overtime Sports Bar and Grill, off Dublin and Union boulevards in Colorado Springs, for 20 years as of next month. The Chicago-themed neighborhood bar has become a mainstay for many locals over the years, especially when big sporting events come around. The family dog, Drama, is a regular presence at the bar.

Lori didn’t live to witness the anniversary of what many called her second home. After being hospitalized for a month with COVID-19, she died Dec. 17.

“She was my high school sweetheart. When I met her, I won the lottery,” said Dan, who everyone calls Danny. “And here, she was everyone’s mom.”

On Monday, the Overtime was able to open to limited capacity after El Paso County’s pandemic threat level was lowered to orange.

A steady stream of customers gave Prellberg condolences and offers to help. He couldn’t embrace any of them.

“What I really want to get across is who she was, and what she meant to people,” he said. “They came for her. She was truly one of those people who, if they don’t have anything nice to say about someone they don’t say anything.”

Dan and Lori, who both came from Chicago, bought the Overtime from the previous owner. Lori had worked as a waitress there for years, so had already built a following of regulars.

“It took us three years to learn how to work together,” he said. “I ran the back of the house and she ran the front.”

Over the years, they filled the Overtime menu with Chicago-style deep dish pizza, pork tenderloin sandwiches and brats.

They tried to keep it creative with a softball team, indoor golf for the Masters and indoor foot races for Daytona. They invested in technology with HD and big-screen projection TVs. Prellberg remembers some playoff games where patrons would line the sidewalk outside the bar before its opening to ensure they’d get a seat.

By 2019, they had built up the business to be profitable after “weathering some vicious storms in the past.”

But nothing prepared them for the storm 2020 would bring.

When everything shut down, they kept the business afloat with takeout orders and Prellberg kept all the staff on payroll, even paying servers and bartenders to help refurbish the interior when no customers were allowed inside. A PPP loan also helped keep the bar afloat.

As restrictions lifted, it opened to limited capacity.  They sold “season tickets” to regulars with assigned seating for games. And they were vigilant about mask-wearing, social distancing and following the rules. Prellberg asked his employees to call him out publicly if they caught him forgetting to mask up.

“You have to lead by example,” he said.

Despite their best efforts, eight of 16 employees got COVID-19 in mid-November, including Dan and Lori. They immediately shut the bar down. All other bars were soon shut down as well, as El Paso County escalated to code red.

That’s when they launched the GoFundMe to try to get enough money to keep the bar solvent until the pandemic eases.

Donations shot through the roof as the community rallied for the Overtime and Lori. It’s over $72,000 from 422 donors.

That money and limited capacity service should keep the bar going to mid-2021, Prellberg said.

The thought of closing never crossed his mind.

He said the staff stepped up to run the bar while he’s been grieving. Many friends and regulars volunteered to help any way they can with things like sending thank-you cards. Prellberg said the outpouring has overwhelmed him, and also emphasized how much the Overtime means to the community.

“I’m thinking about renaming it Lori’s Overtime,” he said. “That’s what it’s been. She was the heart and soul of this place. This is my wife’s legacy.”