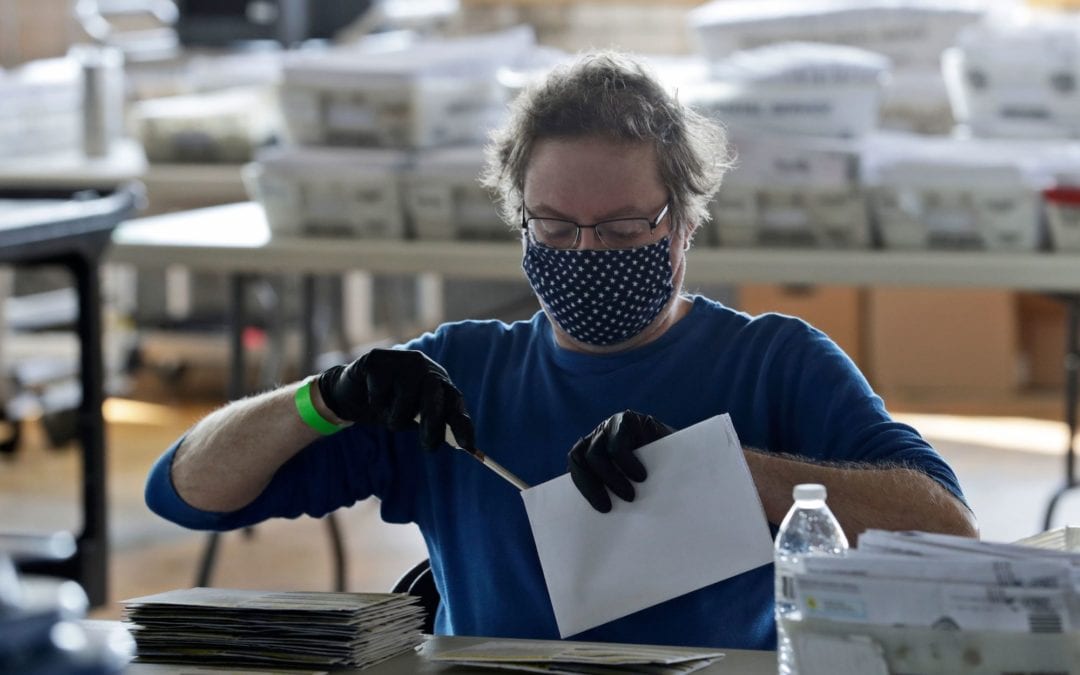 When Wisconsin voters went to the polls on April 7, 2020, they did so during one of the largest pandemics to sweep the country in recent memory. Predictably and tragically, at least 40 Wisconsin voters in Milwaukee County alone contracted the novel coronavirus at the polls. In total, the state has identified 52 people who voted or worked at the polls who now have COVID-19.

As Joshua Graham Lynn of RepresentUs — a grassroots organization pursuing anti-corruption legislation with the  — said in an online event Thursday, “We are in the midst of forcing citizens of the United States to choose between their personal safety and their right to vote.”

But it doesn’t have to be this way. This could have been prevented had Wisconsin delayed the election and allowed its citizens to vote by mail like the state of Colorado does. Ironically, Wisconsin was the first state in the country to implement absentee voting in the 1860s, but now Colorado is on the leading edge of democracy and had the second-highest voter turnout rate in the country in 2018 by allowing universal vote by mail. And it’s an issue voters support, with three out of every four respondents to a recent Pew Research Center poll saying they are in favor of it.

Vote by mail is already an option for many Americans — one in four voters voted by mail in the last two federal elections — but making vote by mail accessible to as many Americans as possible in time for the 2020 presidential election on November 3 would ensure Americans’ safety and democracy.

Democrats tried to add reforms including vote-by-mail, same-day registration and early voting to the $2.2 trillion stimulus package but those provisions were ultimately removed. President Trump expressed his opposition to it in a Fox & Friends appearance, saying, “The things they had in there were crazy. They had things, levels of voting that if you’d ever agreed to it, you’d never have a Republican elected in this country again.”

Trump also claimed that universal vote by mail was “RIPE for FRAUD.” But this is untrue. Voter fraud is exceedingly rare overall.

As Charles Stewart III, Kenan Sahin Distinguished Professor of Political Science at MIT, told the , “What we know can be boiled down to this: Voting fraud in the United States is rare, less rare is fraud using mail ballots.”

And states with vote by mail have implemented measures such as signature matching, multilayer security envelopes, and bar codes for tracking to ensure fraud doesn’t occur. In addition, Colorado alerts voters if there are issues with their ballot and gives them a chance to fix it in time for the election.

Already, 25 states will allow voters to request an absentee ballot without an excuse during the pandemic, but key swing states including North Carolina, Michigan, Wisconsin, and Pennsylvania all make it particularly challenging to do so, according to RepresentUs. Absent a federal mandate, it’s incumbent on Americans to push their state to allow voting by mail.

It took a crisis, the Civil War, for America to allow absentee ballots for soldiers on the battlefield. Maybe the COVID-19 crisis will force the country to move toward universal vote by mail.