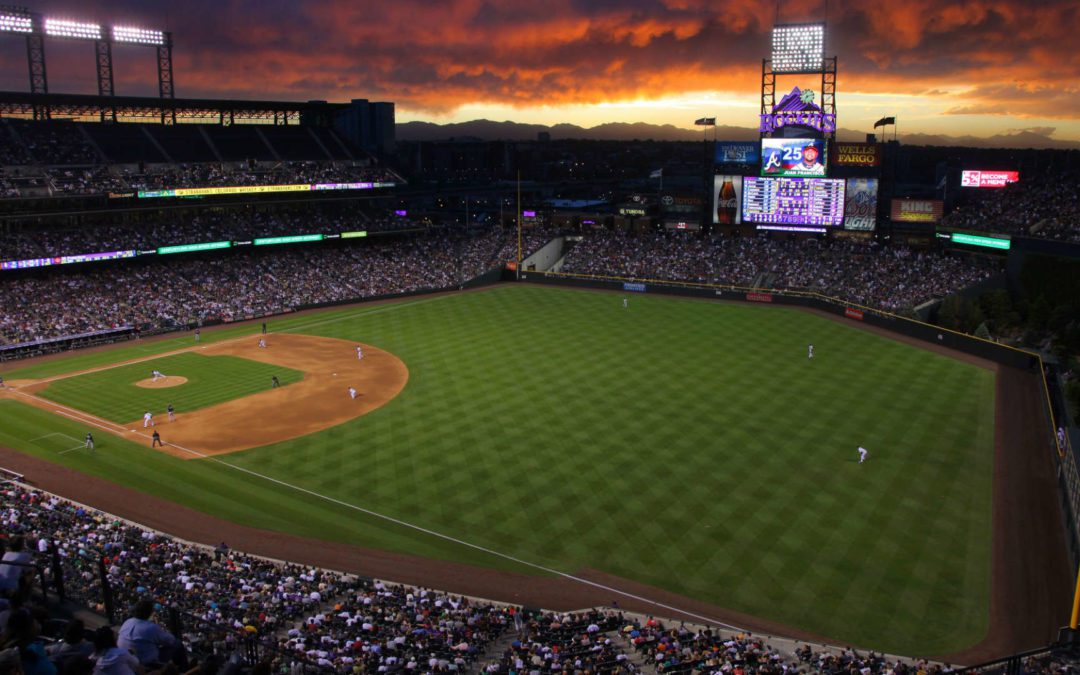 Rocky Mountain high fly balls coming this summer to a screen near you.

Less than a week after MLB officials stripped Atlanta of the 2021 All-Star Game, the league announced a new host, with the state of Colorado and the city of Denver hosting the All-Star Game for the first time in over two decades.

2021 All-Star Week will be hosted by the @Rockies and will take place at Coors Field. pic.twitter.com/Z0OqUQI9cV

Commissioner Rob Manfred made the decision after speaking with players and clubs, with the league ultimately deciding to move the game. On April 6, the new host was selected, with Coors Field hosting all the events of All-Star week.

Here’s where the midsummer classic will be and why the league decided to move the game to Colorado:

Where will the 2021 MLB All-Star Game be played?

On April 6, Major League Baseball announced that Coors Field in Denver, Colo., home of the Rockies, will play host to the 2021 All-Star Game after previously announcing that Georgia would not house the events.

Ultimately, since Colorado had already made a pitch to host an All-Star Game, MLB gave the nod to Coors Field.

MLB expounded its decision to move the game to Colorado in a statement:

MLB chose the Rockies because they were already in the bidding process to host a future All-Star Game.  The Rockies had supplied a detailed plan for hotel, event space and security that took months to assemble, and MLB staff had already made several site visits to Denver.  In addition, Governor Jared Polis and Mayor Michael Hancock have both committed to provide the necessary facilities and services needed to support this year’s festivities.

On April 2, MLB announced the 2021 All-Star Game would be moved from Truist Park in Cumberland, Ga. in protest of the state’s newly implemented voter laws, which the league feels severly hinders and restricts voting rights.

The Braves and Georgia politicians were not in agreement with MLB’s decision, bashing the league for getting involved in politics and misrepresenting what they believe the law stands for.

MLB announced that funding towards local Atlanta communities will continue despite the game being moved.