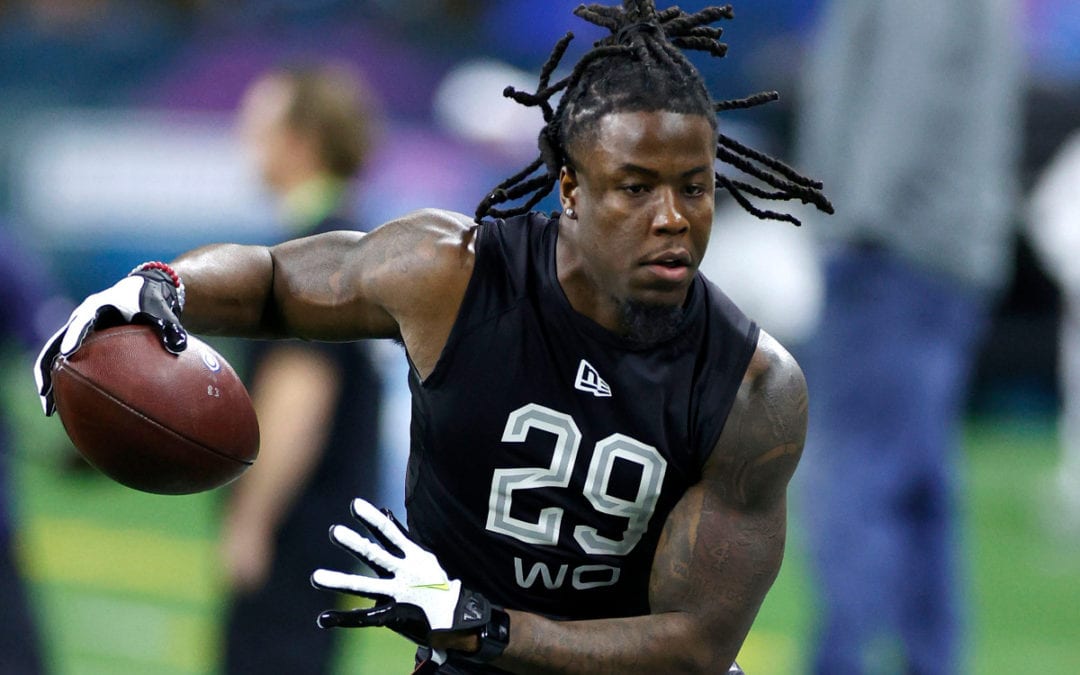 The Jets have not drafted a wide receiver in the first round since 2001 when they took Santana Moss. Is this the year they change that?

It has become the central question of the Jets’ draft — do they take the fourth-best tackle with the No. 11-overall pick or their No. 1 wide receiver?

The Jets might have their pick among Alabama’s Jerry Jeudy and Henry Ruggs III and Oklahoma’s CeeDee Lamb. Any of those guys could give quarterback Sam Darnold a playmaker to transform Adam Gase’s offense. th

The argument against taking a receiver at No. 11 is that GM Joe Douglas can find one in later rounds. This is being projected as one of the deepest wide receiver classes in recent memory. If Douglas wants to stick with a tackle in the first round, he can find some talented receivers on Day 2.

There is no debating this is a position the Jets need to upgrade. They lost deep threat Robby Anderson in free agency and quickly replaced him with Breshad Perriman. He will join Jamison Crowder, Quincy Enunwa, Vyncint Smith and Josh Doctson in a receiving corps crying out for help. Outside of Crowder, there are no sure things. Enunwa’s future is unclear after two neck injuries in three years. Smith is unproven and Doctson was a disappointment in Washington.

Drafting a wide receiver in the second round may give some Jets fans the chills. The team has not done well taking receivers in that round. Wesley Walker in 1977 was the last time one worked out. Since then, they have drafted Ralph Clayton, Reggie Rembert, Ryan Yarborough, Alex Van Dyke, Stephen Hill and Devin Smith in the second round.

It is critical for Douglas to find Darnold a playmaking wide receiver, whether he does that on Day 1 of the draft or later.