Why Colorado Winemakers Are Betting on Riesling 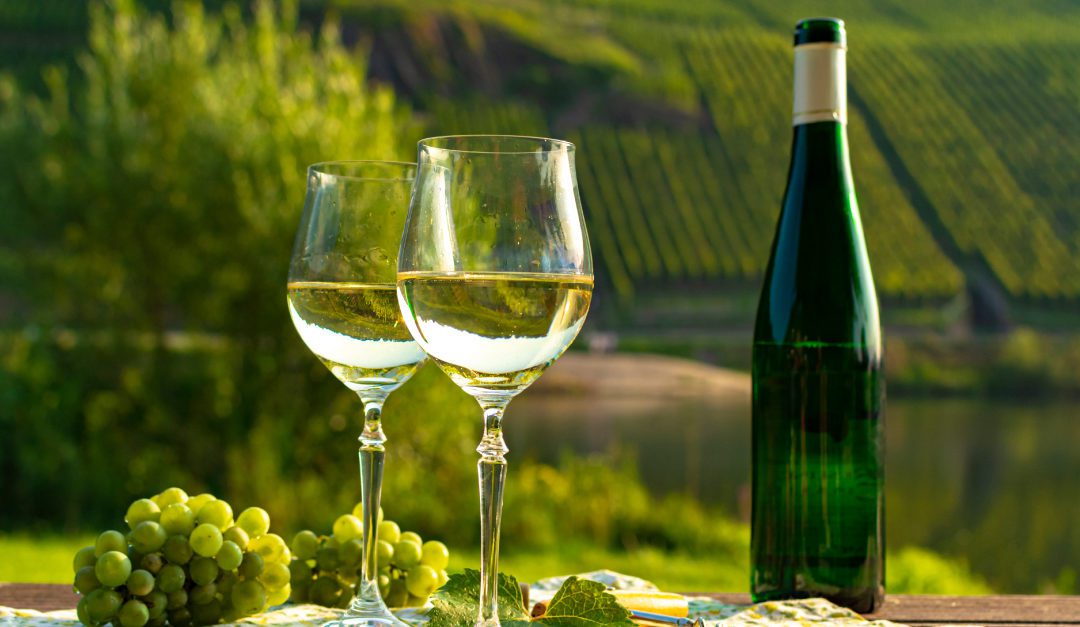 Though often thought of as a sweet varietal, Riesling ranges from semi-sweet, to off-dry, to sparkling and bone dry, and pairs well with a wide range of food. Riesling is planted predominantly in Germany, France, Austria and New York’s Finger Lakes, but there’s another region producing worthy options: Colorado. The home of the Rockies is having a breakout moment, with recognitions for its Rieslings attracting the attention of local wine bars and sommeliers.

The birth of the modern Colorado wine region began with a dentist. Dr. Gerald Ivancie had inherited his love for wine from his father, a Yugoslavian immigrant who brought his winemaking skills with him to the United States. Dr. Ivancie honed his own winemaking skills while teaching at the University of Iowa. While there, he learned initially by watching winemakers in Iowa’s Amana Colonies produce fruit and rhubarb wines. In 1968, he hired winemaker Warren Winiarski to produce wine in Colorado with California grapes.

“It was a wonderful scheme,” Winiarski told The Denver Post in 2014. “I brought in the best grapes I could get, and we crushed and fermented in Denver.” For over two years, Winiarski produced red wine varietals like Cabernet Sauvignon for Ivancie Vineyards — Colorado’s first commercial winery in modern history.

Since then, Colorado winemaking has seen considerable growth. The state now boasts over170 wineries with over 1,000 acres planted with grapes. A growing percentage of this is Riesling, a varietal that succeeds in the region’s cool climate and high elevation.

The center of Colorado’s wine-growing region is located between Palisade and Grand Junction, towns located in western Colorado. Most of the wineries are located along the Front Range, a mountain range in the southern Rocky Mountains that’s home to Colorado’s two designated American Viticultural Areas: the Grand Valley AVA and the West Elks AVA. Together, the regions produce 90 percent of the state’s wine and host 37 wineries. Colorado experiences over 300 days of sunshine every year, yet mountain breezes keep the night cool. The state’s growing season is short when compared to that of California. This is due primarily to a combination of unpredictable weather conditions, overwhelming days of sunlight, and higher elevations. In fact, Colorado’s AVAs are set at elevations ranging from 4,500 to 7,000 feet — the highest growing region in the U.S.

Colorado Riesling is produced in both AVAs. Colorado’s soils are generally more alkaline than the acidic soils of California, creating ideal growing conditions for Riesling grapes.

Riesling is a resilient grape, performing well in cooler climates with its resistance to frost. Even the buds can withstand cold temperatures. Colorado winters are very cold and can produce lower yields. Rieslings accounted for 12.26 percent of Colorado’s harvest in 2018. The wine is high in alcohol, reaching up to 15 percent ABV. “Colorado Rieslings have their own unique flavor. The expression centers around aromas of lanolin, ginger, honeysuckle, rinds, and pith,” says Tyzok Wharton, head winemaker for Carboy Winery. “I would consider them to be dry to off-dry, balanced with a nice amount of acid.”

Colorado wine production has increased annually by an average of 10 percent since 1992, according to the Colorado Wine Industry Development Board (CWIDB). The wine industry continues to grow — contributing more than $300 million dollars to the state’s economy every year. Colorado Rieslings are now being carried in many local restaurants, distributed in wine bars, and gaining a place on wine lists like that of Denver’s Bigsby’s Folly Craft Winery.

Carboy Winery, The Storm Cellar, and Qutori Winery have received local accolades and recognitions for their wines. This includes the 2019 Governor’s Cup Competition in which Storm Cellar’s 2018 Dry Riesling took home Double Gold. Recognitions like these mean more Colorado Rieslings are finding places on distinguished wine lists in the state — and will, soon enough, beyond the Rockies. Fruit-forward with hints of pear, mandarin orange, and red apple, this is an easy-drinking wine to enjoy now. Average price: $19. With balanced flavors with aromas of candied ginger, orange blossoms, and dry pineapple rind, this bottling pairs well with Asian dishes like pork fried rice. Best of all, it’s sold in a liter bottle, meaning it can be easily shared with friends. Average price: $46 This crisp Riesling is suited for outdoor lounging by the pool and is delicious paired with a light anchovy pasta. Average price: $17

The article Why Colorado Winemakers Are Betting on Riesling appeared first on VinePair.