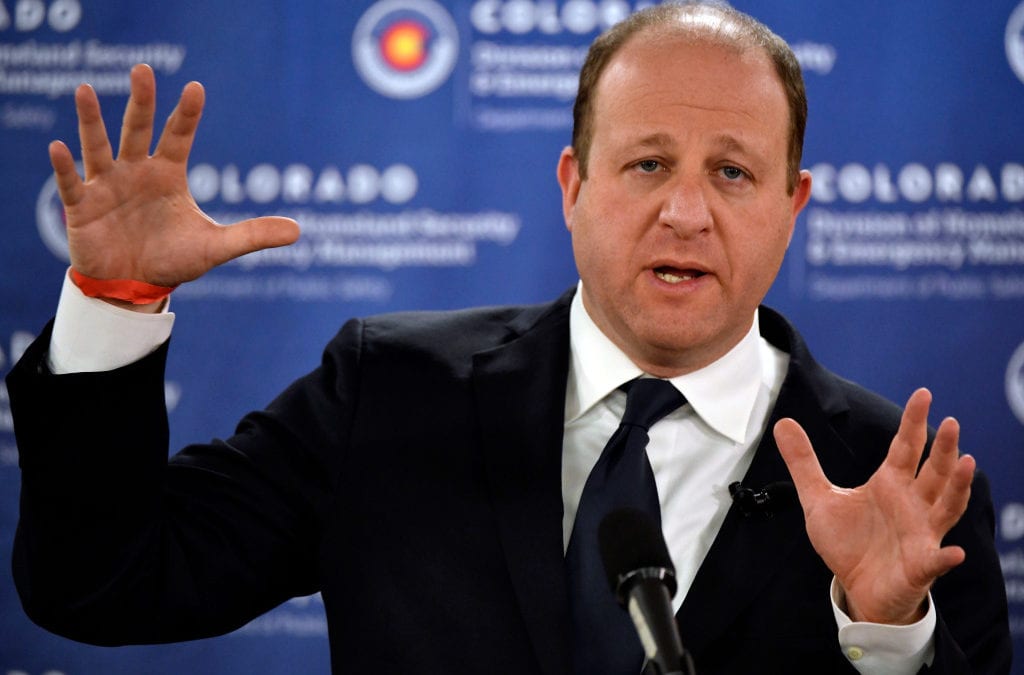 The strictest social distancing mandates in Colorado have come from San Miguel County, Denver and Boulder, which have all issued stay-at-home orders forbidding activity deemed nonessential, as the state battles the spread of the new coronavirus.

Gov. Jared Polis commended the local action, but he has declined so far to issue such an order statewide. He said Sunday he prefers targeted, strategic measures — as he tells it, he’s wielding a fine-tooth comb “rather than a mallet.”

That approach is getting mixed reviews.

The 2,400-member Colorado Academy of Family Physicians is publicly calling on Polis to order a statewide lockdown. Denver City Councilwoman Amanda Sawyer sent a letter to Polis with the same request. And Denver Mayor Michael Hancock said he pushed Polis to go big.

“I shared with him my concern about Denver going it alone,” Hancock told reporters Monday, “and that I’d rather for it to be the state and the metro region.”

Others, including top officials in the state legislature, say Polis is balancing public health and safety with a desire to cause as little disruption to daily life, including business activity, as is possible and prudent.

Polis has been walking a tightrope, and he will continue to do so: Measures he takes to force greater social distancing will do economic damage, while leniency on business and other social activities and settings will allow more people to leave their homes, and potentially spread or come in contact with the virus.

“The strictest measures, in any model of the disease, will reduce that peak the most,” said Dr. Jon Samet, dean at the Colorado School of Public Health. But, he added, “this is epidemiology versus economics.”

Said Jake Williams, executive director of the nonprofit Healthier Colorado: “We have to reconcile the realities of human behavior with economic imperatives, political realities and public health protection. And it’s not simple.”

Polis, a Boulder Democrat in his second year as governor, has a long-standing preference for local control over statewide mandates. He also has well-documented libertarian tendencies. Both of these traits have at times frustrated his fellow Democrats in the legislature, who’ve seen Polis neuter or effectively kill bills concerning everything from vaccines to immigration to paid family and medical leave.

“I’ve tried to encourage the governor that whatever the decision is, to at least have a regional, metro-wide decision. His view was local control,” said Aurora Mayor Mike Coffman, a former Republican U.S. congressman.

Coffman said late Monday that the board of Tri-County Health in Aurora would make a decision on possible stay-at-home orders by Wednesday.

In general, as governor, Polis has been disinclined to require new or different behaviors from citizens. That’s why, for example, he opposed a 2019 proposal to limit vaccine exemptions — Colorado’s a national leader in the percentage of unvaccinated children — that proposed to force parents to appear in person at state offices to fill out exemption forms.

But over the past few weeks he hasn’t been shy about forcing behavior changes in many regards. He and the state health department have issued a slew of executive orders that have, among other things, severely restricted business operations, banned gatherings of 10 or more people and diverted sorely needed medical staff and supplies to the most desperate health care centers and patients.

Many expected that the logical end point of this series of orders would be a requirement to stay at home or shelter in place. Polis has said he “won’t hesitate” to take those steps if he feels they’re necessary, but so far he has resisted, unlike governors in states including Illinois, Ohio, Michigan and California.

With no statewide stay-at-home order in place, some courts have continued packing dozens into single hearing rooms. Parks are busy and some trailheads are slammed.

Polis not only believes that it’s impossible to enforce these and other behaviors out of existence, but he also has emphasized that there’s “only so much any government can do” in response to coronavirus. He’s repeatedly called on Coloradans to exercise personal responsibility.

“I think that he has to balance a lot in these decisions, but I think he’s been very clear that Coloradans need to stay home as much as possible,” said Colorado House Speaker KC Becker, D-Boulder, who’s been in touch with the governor on the coronavirus response. “I don’t think what he’s saying is all that different from other states that have put in more stringent shelter-in-place orders. He’s coming across very clearly that people need to stay at home.”

On Sunday, Polis practically begged Coloradans to stay home, saying they should be worried about the greatest enforcement agent of them all: “His name is the grim reaper.”

Like Becker, House Minority Leader Patrick Neville, R-Castle Rock, thinks Polis has been smart so far. And Neville, who has also spoken with the governor, predicts civil disobedience will ensue if the state government goes much further with its orders.

“Quite frankly, people are worried about tyranny,” he said. “But I’ve been very complimentary of his actions thus far, on balance. He hasn’t used the heavy hand that he could, and I don’t think that he should.”

There are many who believe that Polis needs to issue a statewide stay-at-home order not just for public health reasons but also to offer some consistency.

“The problem is that because the governor won’t do it on a statewide level, all the mayors are left to do it for their own cities, and that’s not fair because it puts each of the city’s businesses at a disadvantage,” said Sawyer, who is in self-quarantine but has not tested positive for the virus. “Those Denver businesses are put at a disadvantage if Aurora doesn’t (issue the same order), Englewood doesn’t, Glendale doesn’t.”

She added: “If the governor would just make this call, then statewide we’d all be on a level playing field, and that would take care of the economics and the health, safety and welfare issues in one fell swoop.”