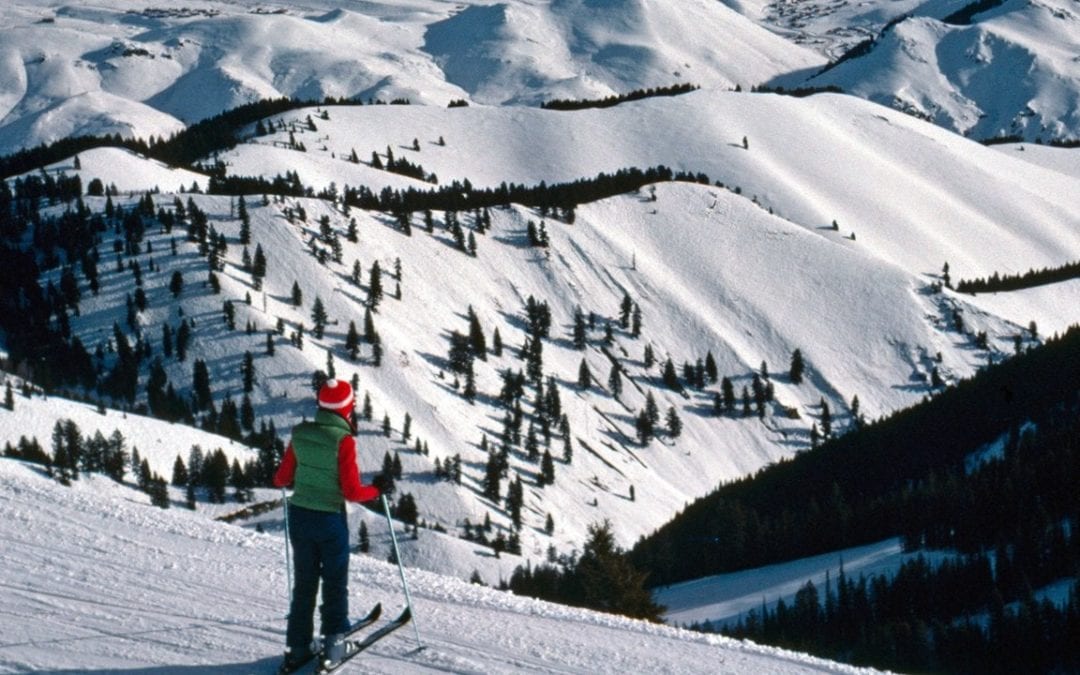 On Friday, March 6th, DJ Jazzy Jeff was spinning records for a packed house at Whiskey Jacques bar, in Ketchum, Idaho. The party capped a week of festivities in Ketchum and the neighboring Sun Valley for the annual Black Summit of the National Brotherhood of Skiers (N.B.S.), the largest African-American ski and snowboard association in the world. Nearly seven hundred Brotherhood members had made the journey from their homes across the United States, or in some cases from London, for their forty-seventh annual mountain meet-up. The mayor of Sun Valley welcomed the Brotherhood with pomp and ceremony, including keys to the city and a proclamation of March 6th as National Brotherhood of Skiers Day.

By the following week, upward of a hundred and twenty-six members of the Brotherhood had come down with symptoms of the coronavirus. Twenty tested positive for COVID-19, and eight were hospitalized, including three in intensive-care units. On March 30th, DJ Jazzy Jeff announced that he was suffering from pneumonia and associated coronavirus symptoms. In the days since, two longtime N.B.S. members, Nathaniel Jackson, of Pasadena, and Charles Jackson, of Los Angeles, who shared a room while in Sun Valley, have died of the illness.

At least twice in March, President Trump invoked Idaho as an example of a certain kind of American place: wide open, capable, impervious to a health-care crisis. “Parts of our country are very lightly affected. Very small numbers,” Trump said, on March 24th. “You look at Nebraska, you look at Idaho, you look at Iowa, you look at many—I could name many countries that are handling it very, very well and that are not affected to the same extent, or, frankly, not even nearly to the extent of New York.” Five days later, Trump ticked off the same triumvirate of “countries.” “I said, ‘How about Nebraska? How about Idaho? How about Iowa?’ And you know what? Those people are so great—the whole Midwest,” he said, missing Idaho on the map by a thousand miles or so.

Between Trump’s statements, however, the governor of Idaho, Brad Little, issued a statewide stay-at-home order, reflecting a reality not acknowledged in White House briefings: that what might look like blank spaces on the Johns Hopkins COVID-19 global map are, in fact, hiding clusters of concentrated sickness. Blaine County, Idaho, for example, which is roughly the size of Delaware, has just three hundred and ninety-nine confirmed cases and two deaths. But, with approximately twenty-two thousand full-time residents, the county’s infection rate is now the highest in the nation—greater even than those of New York’s Westchester and Rockland counties, and possibly on par with earlier pandemic epicenters in northern Italy and Wuhan, China. And, as in Italy, the situation is exacerbated in the aging resort towns of Ketchum and Sun Valley, where the average ages of residents are forty-six and sixty, respectively, and where, on one recent April Fools’ Day, a local group of pranksters stationed walkers on the curbsides of the town’s main intersections.

Idaho’s doctors and nurses face the greatest danger. More than fifty health-care workers have tested positive in the state’s South Central Health District, about forty of whom work for the St. Luke’s hospital system in Blaine County and Twin Falls to the south. Jesse Vanderhoof, a nurse at St. Luke’s hospital, in Ketchum, was administering nasal swabs at a drive-up testing site before he became sick. As his condition deteriorated, on March 24th, his wife dropped him back at the E.R.; hours later, she received a call saying that her previously healthy, thirty-nine-year-old husband had suffered a seizure and was boarded onto a life flight bound for Boise. He was put on a ventilator for several days before regaining the strength to breathe on his own.

Brent Russell, one of two E.R. physicians at St. Luke’s in Ketchum who tested positive, battled a hundred-and-four-degree fever with shaking chills; he would awaken in the middle of the night, unable to catch his breath. Russell wrote a letter to the local Idaho Mountain Express pleading with a community that, in his view, was either unable or unwilling to adapt to the new rules of the pandemic. “People were not taking this seriously,” he told me. “I would look out the windows of my house and see groups of people talking and congregating in the street.” As his wife, son, niece, and nephew all came down with symptoms of COVID-19, Russell applauded Governor Little’s abrupt stay-at-home order, a decision that caught many by surprise in a state known as a refuge for anti-government individualists. “We need a heavy hand right now,” Russell said. “We need all forces thrown at stopping this thing.”

What bothered Russell the most over the past two weeks, however, was how quickly some members of his community turned to find someone to blame. Local finger-pointing began with a March 20th article, in the Idaho Mountain Express, which alleged that a National Brotherhood of Skiers après-ski dance party at Sun Valley’s River Run Lodge on March 6th, a few hours before DJ Jazzy Jeff took the stage uptown, could have been the source of the outbreak. (I worked for several years as a reporter for the Idaho Mountain Express.) The article cited several anonymous sources who fell ill following the party and assumed that the black ski club was the source of the virus. “I would think that they would want to track this,” the paper quoted one local woman saying, of the Brotherhood.

The N.B.S. president, Henri Rivers, told me that the Mountain Express posted its story online before giving him or his organization a chance to respond. (The Mountain Express claims that it contacted multiple N.B.S. representatives for comment.) “I was livid. They implied that we tried to harm the town,” he said, noting that his nearly seven hundred skiers spent more than a million dollars during their week in central Idaho, and that dozens returned home gravely ill. A week after the story was published, the mayors of Ketchum and Sun Valley signed a joint letter condemning the allegations as “baseless and unmerited.”

“If we’re going to point the finger at anyone, point it at me, for not closing this town down earlier,” Neil Bradshaw, the mayor of Ketchum, said. “We believe that the virus came in from Seattle, probably a couple of weeks earlier. They probably got the virus from many people here, and for that I feel terrible.”

A ski resort is, in many ways, an ideal breeding ground for an epidemic. Skiing and snowboarding may look from a distance like solitary pursuits; the helmets, goggles, and neck warmers may be assumed to function like alpine hazmat suits. But, at major resorts, stretches of brisk, wintry liberation on the slopes are interrupted by long chairlift and gondola rides, during which people sit shoulder to shoulder and knee to knee with a perpetually rotating cast of strangers. The National Brotherhood may not have brought the virus to Idaho, but it did bring the party, and, in ski towns across America and the rest of the world this winter, the two have gone hand in hand. Ski-resort areas in California, Colorado, and elsewhere “show higher infection rates than more densely populated cities nearby,” noted, including Mono County, California, the home of Mammoth Mountain Ski Area, which now has the highest per-capita rate of COVID-19 in the state. In Europe, several governments tracked hundreds of coronavirus cases to one Austrian ski town, with some epidemiological reports identifying beer-pong tables as a potential source of infection. In Mexico, the chairman of the Mexican Stock Exchange tested positive after returning from a ski trip to Colorado’s Vail resort.