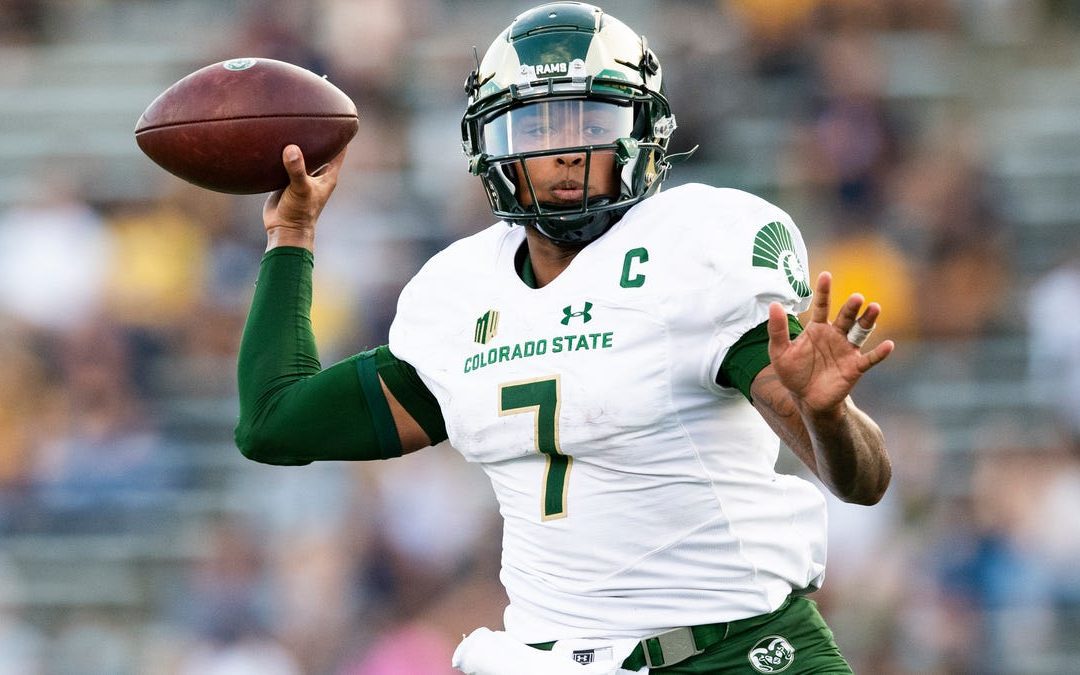 IOWA CITY — Outside of Cy-Hawk, Iowa’s annual nonconference schedule can be any sort of random concoction usually generated years in advance. Saturday’s showdown is among the most random of the Kirk Ferentz era.

Colorado State’s trek into Kinnick Stadium will mark just the sixth time the Hawkeyes have hosted a school from the Mountain or Pacific time zones in Ferentz’s 23 seasons. Of those matchups, only one other featured a Mountain West Conference team (Wyoming in 2017).

Safe to say Iowa’s prep this week has been more about familiarizing than anything else.

So who exactly is Colorado State (1-2) in 2021? And should No. 6 Iowa (3-0) have any upset fear outside of the usual “take everyone seriously” approach? Let’s dive into what the Rams have shown so far.

Colorado State has taken a circuitous route to a reasonably expected start.

Picked in the preseason to finish fourth in the MWC’s Mountain Division, the Rams sitting at 1-2 after encountering an FCS team (albeit a good one), a Power Five squad (albeit a bad one) and a Group of Five road trip doesn’t sound too outlandish. But it’s how Colorado State got there that’s somewhat baffling.

As roughly a field-goal favorite, the Rams were bullied at home by Missouri Valley Conference preseason favorite South Dakota State. Colorado State followed that up with a last-second home loss to Vanderbilt, in a game in which the Rams held a 14-0 lead. But just when it seemed Colorado State was destined for rock bottom, the Rams rebounded last Saturday with a nice victory at Toledo as two-touchdown underdogs. The win over the Rockets, which had pushed top-10 Notre Dame to the brink one week prior, arrived without Colorado State scoring an offensive touchdown.

Suffice to say, these Rams are still searching for an identity under second-year coach Steve Addazio. The former Boston College head man (who coached against the Hawkeyes in the 2017 Pinstripe Bowl) got only four games in last season during a pandemic-plagued campaign. Seven games in 21 months on the job is less than ideal, and likely a reason Colorado State’s results are all over the board.

Iowa’s suffocating defense has already troubled several established quarterbacks during this 3-0 start. Colorado State’s situation under center should only add to the Hawkeyes’ menacing reputation.

Todd Centeio’s stint with the Rams has been anything but smooth. The former Temple backup transferred to Colorado State ahead of the 2020 season, earned the starting job for last year’s opener, lost first-team status for the final three games, then gained it back to begin 2021. And all Centeio has done this season is steadily decline in productivity.

After throwing for 304 yards versus South Dakota State and 238 yards against Vanderbilt, Centeio mustered just 110 yards in the Toledo victory. That came on an abysmal 11-for-27 passing — a big reason why Colorado State required five field goals for its only offensive points. A quarterback’s worst performance coming in his team’s best performance is never a good omen, especially with a new offensive coordinator — that’s former Wisconsin quarterbacks coach Jon Budmayr — in tow.

Centeio has been more effective on the ground, where he has rushed for 137 yards on 23 carries the past two weeks combined, meaning Iowa’s lockdown defense will need another strong showing on discipline and containment. And it’s clear there’s chemistry with tight end Trey McBride, who’s had three 100-yard games this year and caught all but two of Centeio’s completions last week.

What changed for Colorado State’s defense at Toledo? A run-stopping clinic.

Following losses in which starting running backs for South Dakota State and Vanderbilt averaged 5-plus yards per carry, Colorado State tightened things up against the Rockets. Toledo mustered just 21 rushing yards on 28 carries split between five different ball-carriers, with the longest scamper (15 yards) coming via backup quarterback Dequan Finn. There were zero holes to find from start to finish.

A slew of blitzes and heavy pressure ignited this run-stuffing effort, particularly impressive after Toledo ran for nearly six times as many yards against Notre Dame. Keep an eye on Rams defensive end Scott Patchan, a preseason all-MWC selection who was named to Pro Football Focus’ Week 3 national team of the week.

Consider this a nice test for Iowa to keep its ground-game momentum flowing. The Hawkeyes’ top offensive catalyst so far is clearly Tyler Goodson, and stringing together back-to-back emphatic performances would be the perfect boost into the main portion of Big Ten play.

The Rams are one of the few that can compete with Iowa’s “special” teams.

Controlling a game in which your offense never reaches the end zone requires ample contributions from football’s other two phases, and Colorado State got plenty of punch from its special teams.

Last Saturday was a needed rebound for new kicker Cayden Camper, who delivered the 5-for-5 showing after starting 1-for-4 in the first substantial action of his college career. Camper is a former walk-on, just like teammate Thomas Pannunzio, who made the biggest special-teams splash with a 70-yard punt-return touchdown against the Rockets. Pannunzio was a 2020 all-MWC honorable mention at kick returner.

And those notes don’t even cover the Rams’ top special teams weapon: punter Ryan Stonehouse. The fifth-year graduate student has been on the Ray Guy Award watch list every season at Colorado State, and last year he became the first punter to earn first-team all-MWC honors for three straight seasons.

Stonehouse should get plenty of work Saturday, meaning Iowa could be facing several long fields throughout the day. Spencer Petras and company proved capable of handling those situations last week and will need to do so again.

Dargan Southard covers Iowa and UNI athletics, recruiting and preps for the Des Moines Register, HawkCentral.com and the Iowa City Press-Citizen. Email him at msouthard@gannett.com or follow him on Twitter at @Dargan_Southard.