When coronavirus eases up in Colorado, 450,000 renters could face eviction, study says 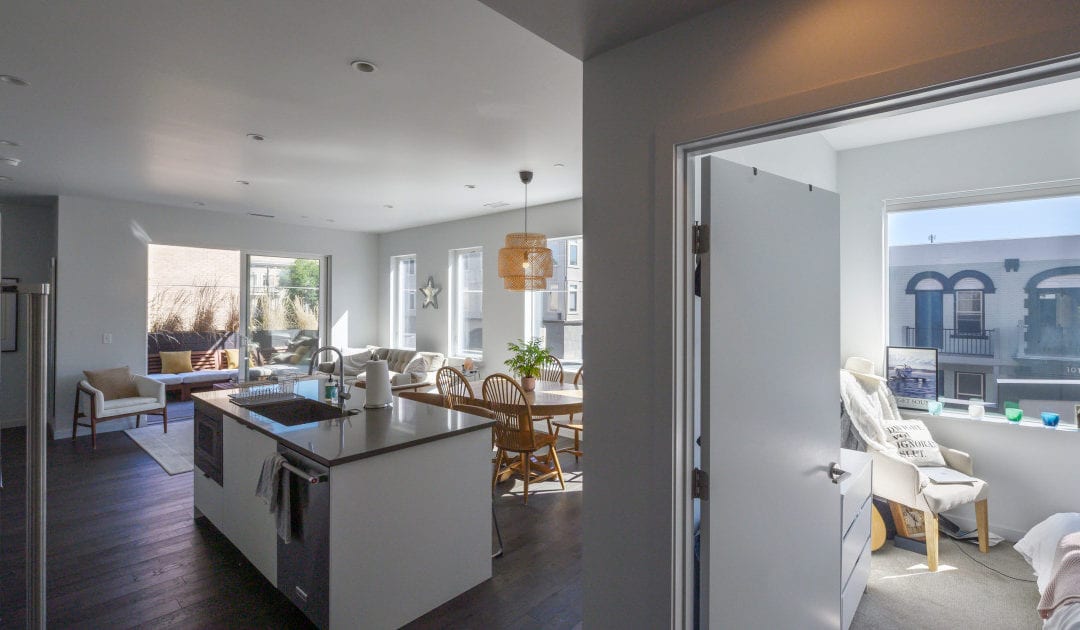 A snapshot study by eviction defense lawyers warns that more than 450,000 Colorado renters are at risk of being evicted from their homes in coming months when guidance against removing tenants expires, putting depth to the economic crater caused by COVID-19 lockdowns and layoffs.

“The COVID-19 Eviction Crisis” draws on analysis by attorney Zach Neumann and his partner in the COVID-19 Eviction Defense Project, and also consultation from economists at the University of Chicago and elsewhere. They focused on evictions data corresponding with past high unemployment spikes to illuminate Colorado’s near future. It assumes state unemployment could hit 25 to 30%, reflecting the dire predictions of other economic analysts.

Pamela, an apartment renter, is fairly certain she’ll end up in those eviction statistics unless something in her life drastically changes. She was working at a bagel deli in Colorado Springs when coronavirus hit, and the layoffs soon after.

After four years of paying her $900 apartment rent three weeks ahead of time, April 1 came and she had to scrape to pay even half. That meant borrowing from friends and selling items from her apartment, still leaving her $450 short.

The landlord made her sign an agreement saying that on May 1, she needs to pay the full May rent and the leftover half from April, or get out .

“I have nowhere else to go,” said Pamela, who asked that her last name not be used to prevent exacerbating her landlord problems. “Do they not know how many homeless people are going to be out there? They’re going to have tons more.”

Colorado’s unemployment claims literally crashed state computers in what state officials called an “unprecedented” surge in recent weeks; nationally, more than 17 million new unemployment claims were filed in the first three weeks of coronavirus shutdowns. In Colorado, there were 127,000 claims filed. In another signal of how difficult things will get, the City of Boulder on Tuesday announced it was furloughing 737 workers for 10 weeks. Broomfield last week said 235 city workers will be furloughed through June 30, and the city of Denver is reassessing its budget and has put worker furloughs on the table.

Some local jurisdictions in Colorado have informal, temporary bans on evictions through actions putting off any non-emergency court hearings or sheriff’s enforcement of orders. While Gov. Jared Polis has discouraged evictions and asked landlords to work with renters, he has so far declined an executive order banning evictions statewide and has said he lacks the power to freeze rent payments or interfere with housing contracts.

The Denver City Council passed a resolution Monday night calling for a rent freeze, despite the governor’s admonition that it’s not possible.

The hundreds of thousands of potential evictions could be mitigated if landlords are willing to work with renters on compromises rather than boot them out, Neumann said. It’s unclear so far how many are willing to do that — some of his clients have been offered delays or other relief, but others are seeing tough warning letters and angry landlords. Social media around various renters’ strike movements in Colorado post numerous angry exchanges with landlords.

The Colorado Apartment Association, which represents landlords controlling more than 400,000 housing units in the state, created a task force to respond to the economic crisis and has encouraged owners to work out new arrangements with tenants whenever possible.

They have also encouraged members to waive late fees and put off any eviction efforts until at least April 30. A spokesperson has also noted, however, that many owners face their own economic crunch and may not get any relief on their own property mortgages that will still be due.

The bans issued in most Colorado judicial districts, including in Denver, may create an illusion that renters are working things out, since couches and clothes are not being thrown to the curb. But landlords across the metro area are posting failure-to-pay notices on doors that can launch enforcement clocks as soon as the various moratoria expire at the end of April, Neumann noted.

“We as a state are not prepared at all for what the world is going to look like when various eviction moratoria are lifted,” said Neumann, who does pro bono work for COVID-19 Eviction Defense Project.

Delaying eviction proceedings does not mean tenants can avoid back rent and late fees, and they will still face eviction as soon as the bans are lifted, he noted. Neumann is working with a client now with a $500 a month lease on a trailer, who could not pay April’s rent. The late fees in his client’s contract are $50 a day, and will accumulate to $1,500 over the month, triple the lease.

The study includes a graph showing a sharp spike in the number of Coloradans searching eviction topics on Google, which Neumann says is a reflection of how fearful state tenants are of their economic situations.