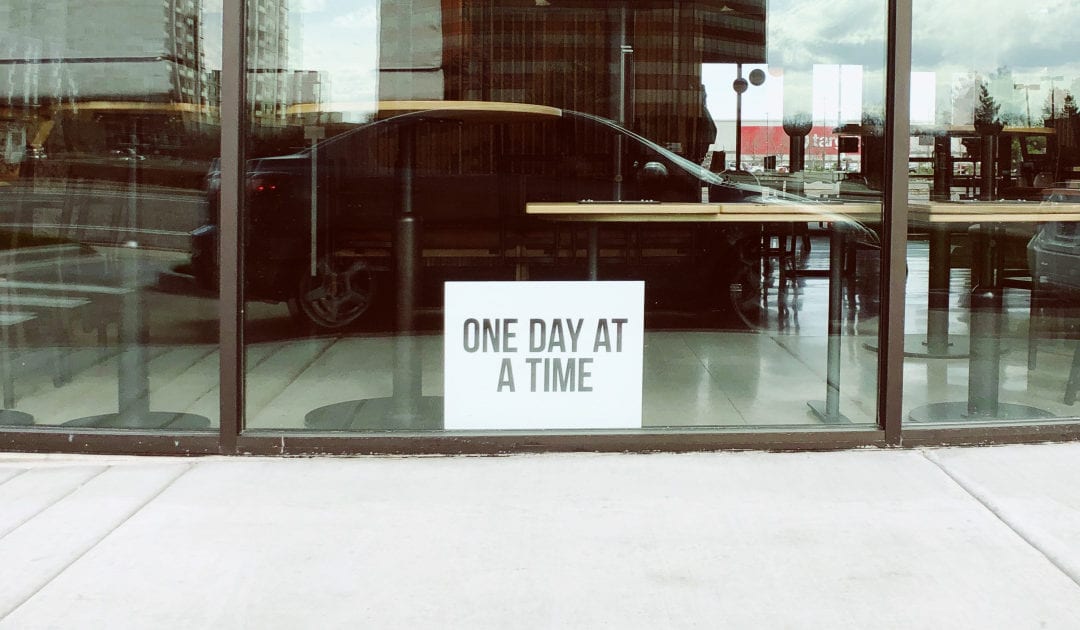 Thousands of unemployed Coloradans found financial relief in the past week, but not because the first Lost Wages Assistance payments were issued. Rather, the months-long holds on their unemployment claims were finally lifted.

Some hadn’t been paid a penny since July and they couldn’t figure out why, no matter how many times they called the unemployment call center and talked to a real person. After hearing a handful of stories like this, I learned what was really stopping those payments. Legitimate folks were getting caught up in the 18 anti-fraud measures meant to crack down on scammers who were using stolen IDs to file for benefits.

Fraudsters have really messed up people’s lives. The victims found out when a US Bank card with benefits showed up in their mailbox (report it to the state if you’re a victim), while other Coloradans who had lost their jobs and really needed the benefits went without.

But after further review, the state Department of Labor and Employment decided to relax one of the 18 anti-fraud measures. That let 6,000 legitimate users finally receive months of benefits. There are still about 6,200 claims with a “program integrity” hold. If you’re one of them, that means your claim still triggers one or more of the state’s 18 measures.

Jeff Fitzgerald, the labor department’s unemployment insurance director, said many have been contacted and asked to provide additional information to verify their identity. More than 5,000 had not done so last week, he added The rest are in a queue waiting to be reviewed by an investigator.

Read more about the holds and where to find help: Unemployed and nearly homeless, jobless Coloradans whose benefits are on hold are crying for help

But what are those 18 measures? The state won’t say because it doesn’t want to tip off the bad guys.

A woman named Linda, who didn’t want her last name used, emailed me that after six weeks of no payments, she learned about some of them after speaking to an investigator.

“We discovered the problem. Two past roommates (friends of mine), who had legitimate claims, had been using my address for their unemployment claims since they had not found a permanent place to live. Too many claims coming from one address triggered the fraud alert.  After speaking with me, the investigator called my past roommates, and after two days, the money appeared in my account and there have been no issues since,” Linda wrote.

State officials said attempts are down but fraud continues. Since Aug. 29, Colorado has prevented 25,000 fraud claims from getting approved.

Colorado seems to be ahead of other states. When fraud was discovered in June, Colorado limited backdating to two weeks to prevent scammers from getting months of retroactive benefits in one fell swoop (you could still call in and make your case for backdating).

Two weeks ago, California stopped allowing backdating and began limiting “multiple claims at the same address,” according to the San Francisco Chronicle.

Other states began implementing measures to flag potential fraud. Ohio, for example, flagged 59,000 claims due to “deceased individuals, fraudulent IP addresses, multiple versions of the same bogus email addresses and hundreds of claims that are sometimes tied back to one email address,” said the agency’s director Kimberly Hall in an interview with WCPO in Cincinnati.

Texas put out its statement on Aug.14 that fraudulent activity showed up when an account changed its banking/routing information after the account was already set up, or when someone filing claims for a chain business put down the wrong location or one that has been closed.

While the bulk of fraud during the coronavirus is credited to thieves and stolen IDs, unemployment fraud occurs in other instances by legitimate claimants. If you return to work and don’t report it but continue to collect benefits, that’s fraud. If you take a temporary gig and don’t report the wages earned, that’s fraud, too. Of course, providing false information is blatant fraud and a crime.

After a snafu last weekend that rejected eligible users from getting certified for the $300 weekly Lost Wages Assistance benefit, it’s now working again. Thanks to readers who pointed out the problem. I shared some users (with permission, of course) with the state and officials used those accounts to help resolve the issue. So keep those tips and questions coming!

So far, the state has issued $200 million in payments to 190,000 people. That includes roughly 70,000 of Pandemic Unemployment Assistance folks who don’t have to certify. Roughly 30,000 people on regular unemployment are still eligible for up to $1,800 total but must certify that they’re unemployed due to COVID (just go online to and type “Lost Wages” in the chat box).

Eligible claimants were unemployed between July 26 and Sept. 5 and received at least $100 in benefits each week.

The Q&A: Higher health costs due to unemployment bonus

Q: I use the Colorado marketplace for health insurance. I received a note from the marketplace that my health care subsidies have decreased and I owe back payments because I mispredicted my income. So, what I’m figuring happened is that because unemployment benefits count as income, the CARES Act pushed me over my income prediction. I’m now in a tight spot because I owe money that I don’t really have. — Down and out

A: It does seem like a double whammy to be socked with extra expenses after losing a job. But yes, unemployment benefits are taxable and, as you’ve now learned, such benefits can impact your insurance premiums if you’re on the state’s insurance exchange. I reached out to the state’s exchange, Connect for Health Colorado, and spokeswoman Monica Caballeros laid it out straight:

If you end up owing money, there is no appeal process. But, depending on your income, you may not have to repay the subsidies all back. Only if your income exceeds 400% of the federal poverty level will you have to repay it all back, according to the IRS. Caballeros suggests reaching out to an accountant or certified tax preparer if you’re close to that income.

The 400%, by the way, translates into someone who earns more than $989 per week. Calculate how far above or below your income is from the federal poverty level with the Department of Public Health & Environment calculator:

Unemployment pay has fluctuated like crazy during the pandemic because of federal relief programs and business closings and reopenings. The bonus $600 a week funded by federal COVID-19 relief ended July 25. And the decline in weekly benefits could make you eligible again for your former credits and discounts. You may even qualify for Health First Colorado, which is free or a lower cost since it’s Medicaid (see income guidelines).

“It never hurts to come back and submit a new application and see if you can get a little more tax credit,” Caballeros said. “Unfortunately, it could work the other way, where someone might then find that they’re not able to get as many tax credits to reduce their monthly payment. But it would reduce the risk of the repayment when they file taxes.”

Qualifying for a $200 premium tax credit, for example, would lower a user’s $300 health insurance premium to $100 a month.

Also keep in mind, since Colorado is still in the COVID-19 public health emergency, insurers are prevented from canceling health coverage for nonpayment at least through the end of 2020, according to the Colorado Division of Insurance bulletin from May 2020.

If you find yourself in need of new health insurance, read my colleague John Ingold’s story from last year about this topic: “A procrastinator’s guide to buying health insurance in Colorado.”

Nope. At least not yet.

But the two sides appear to be speaking, though not in the Senate, which hasn’t moved forward on any relief plan pitched by the Democrats (a $3 trillion plan to continue the $600 weekly benefit until January) or Republicans (a $500 billion plan to pay $300 a week until Dec. 27).

Overpaid but out of work

Last we checked in on overpayments, the state’s labor department said it had overpaid jobless Coloradans $35 million to $40 million. Notices to repay the money back to the state were sent.

It wasn’t pretty. People who had lost their jobs and diligently applied for unemployment insurance were approved for varying amounts, plus the $600 weekly federal bonus relief. Many didn’t question the amounts and accepted the approved dollars. Then they got a letter saying they were overpaid and must pay it back. One person shared that her overpayment was $11,000. And she still was unemployed.

Now a petition has started to draw attention to the issue. M. Hurley from Manitou Springs is asking Colorado to waive overpayments based on clerical/system errors. “The People are NOT at fault,” reads the petition.

Hurley also points to the CARES Act, which made it possible for millions of gig workers and unemployed folks nationwide to get federal relief. The act (page 47 of the PDF) requires repayment from anyone who tricked the government into paying them benefits, but it also says a state agency can waive the repayment if it was made “without fault on the part of any such individual” and when repayment is “contrary to equity and good conscience.”

The state labor department is still pursuing repayments from those who were overpaid.

Fitzgerald, the state’s director of unemployment insurance, didn’t address questions about the petition. But he’s said overpayments do happen. Sometimes it’s because the employer protests the benefit. Or a person violated work-search requirements or incorrectly reported a return-to-work date.

But if the state finds out you didn’t report all your income, then it will ask you to pay back the difference, he said.

Anyone can appeal the repayment order to explain what happened. If you lose, though, the money owed could come out of current benefits or you’d need to work with the agency to set up a repayment plan, which could include delaying the first payment.

51,080: Callbacks made to people who scheduled an appointment through the virtual agent (or about 5,080 for the week)

31.4%: Percent of scheduled calls with a “no-show” (don’t forget to cancel your future appointment if you get your problem figured out)

4.9%: Percent of scheduled calls canceled ahead of time

Thanks for reading What’s Working this week. Keep those tips, questions and stories coming in to tamara@coloradosun.com. Your feedback helps inform my reporting and if I can answer your question, I will. If you appreciate this column, please spread the word and share it with your social networks and sign up to get it in your inbox every Saturday. ~ tamara

Miss a column? Catch up: