What’s Working: One third of Colorado’s share of “Lost Wages” still unclaimed, plus a new portal to the unemployment office 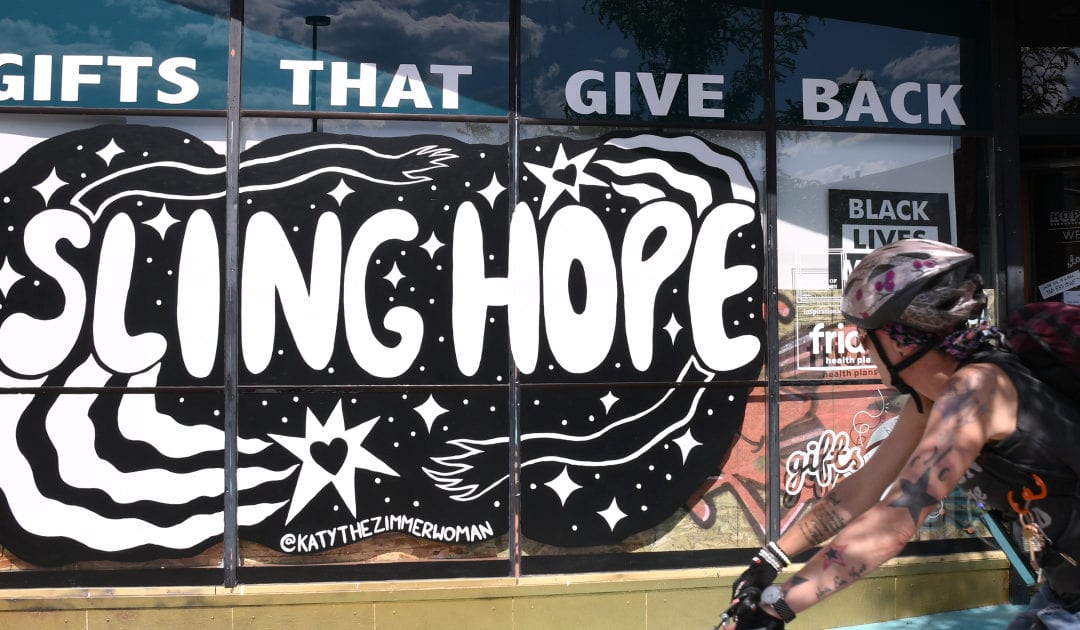 The $553 million was expected to go fast. And two weeks after the first Lost Wages Assistance payments were sent out in Colorado, about one-third of the available money remains.

While there were some technical glitches as the program rolled out, the state Department of Labor and Employment sent out multiple emails to eligible individuals for weeks, including another reminder on Wednesday to 89,000 who need to claim the $300 weekly bonus. As of Friday, about 225,000 Coloradans have been paid roughly $337 million. That leaves at least 75,000 who are eligible but not responding.

“Our best assumption is that claimants are not reading our emails to them instructing them to certify for LWA,” said Cher Haavind, deputy director of the Department of Labor.

If you were unemployed between July 26 and Sept. 5 and received at least $100 in weekly benefits during those six weeks, you must certify that your unemployment is due to COVID disruptions. Those on Pandemic Unemployment Assistance (gig workers and self-employed) don’t need to certify.

“It is a first-come, first-serve benefit and so it is critical that these individuals go in and complete that certification,” Haavind added. “It takes just a few minutes by phone or online.”

Just type “lost wages” into the chat box at coloradoui.gov. The deadline to certify is Oct. 10, though the program could run out of funding by then.

With $200 million still unclaimed, that gives folks like John Forte hope that he will qualify for LWA before the money runs out.

Forte is one of those people whose unemployment benefits have been on hold since July. It’s had a “Program Integrity” issue on his account linked to unemployment fraud. Hearing his story, it does sound like he hit the fraud wall: Multiple people in his family filed for unemployment at the same address, he has an out-of-state driver’s license, and he moved back to Florida from Colorado Springs during the pandemic.

Scammers are still using stolen IDs to submit new unemployment claims in Colorado and the state began battling attempts in June by putting holds on all suspicious claims. The number of new fraudulent attempts are now “down dramatically,” said Jeff Fitzgerald, the state’s director of unemployment insurance, with about 25,000 in September

“It seems as though the fraudsters are getting the impression or clear indication that Colorado is not open for business in that way and they’re moving on to different states,” he said.

Are you a victim of unemployment ID fraud? Report it to the state HERE

But that left thousands of legitimate claims on hold. Fitzgerald said he’d take a look at Forte’s case and within a few days, Forte said he got a call from a labor department investigator who requested his proof of identity and other documents. That was on Wednesday.

An appreciative Forte wanted to share with readers what happened next:

“The day after the investigator calls them, they will notice that if they sign into their account on the website, under issues and determinations the integrity hold will then say nullified,” Forte emailed. “The following business day, if anyone had overpayments resulting from this integrity hold, those overpayments will be cleared up as that is what happened on my wife’s account.”

His account now says his benefits held since July 26 will be paid Tuesday, he said.

State investigators have been going through the queue of claims still on hold, getting through about 400 in the past week. According to the Labor Department, about 5,800 claims remain on hold.

A new portal to the unemployment office

A common complaint among unemployed folks who’ve emailed me is the number of times they’ve sent in their documents.

Apparently those documents were ending up in random places. So the state built a dedicated portal for people to upload tax forms, past wages and other documents. If the state needs more information, it will provide an upload link by email, Haavind said.

“Folks were sending in things randomly at times to old fax numbers, any email address (using a) random shotgun approach,” she said. “This will provide a formal structure and queue for us to work and allow claimants to proactively take steps to resolve their hold versus waiting for us to call them.”

Late Thursday, the U.S. House of Representatives approved a $2.2 trillion Heroes Act 2.0 to bring back the $600 weekly bonus payment for those on unemployment.It would also extend the Paycheck Protection Program to help small businesses, and offer another round of $1,200 stimulus payments to nearly every American.

But whether it will move forward remains seems iffy. No Republicans supported it and 18 Democrats voted against it, according to an NBC News report, which quoted Rep. Abigail Spanberger, a Democrat from Virginia, who said, “today’s package is another partisan exercise that will never become law.”

The bill now moves to the Senate, where other proposed coronavirus relief bills have not moved forward.

More folks are going back to work, or moving to extended unemployment benefits, according to the latest state jobs data, showing the new weekly jobless claims dropped below 5,000 for the first time since before the pandemic.

If you’re looking for a job, tune in Wednesday mornings to the Denver Workforce Services “Now Hiring” webinar. The sessions include staff sharing new jobs and answering questions and sometimes representatives from local companies that are hiring. But you must RSVP to get notified about upcoming sessions.

The organization, which relies on federal funding and grants, also has three facilities open to people who need access to a computer for job searches or want to get additional training for new careers. Don’t forget to make an appointment. >>

The wait time to get an appointment with an unemployment customer service agent is still months out, with nearest openings apparently in December. Here’s why:

Number of no-shows for scheduled calls (If you get your issue resolved, cancel your future slot at coloradoui.gov and type in “cancel callback” in the chat box.)

TIP: “All of our agents who service our Spanish speaking population are also bilingual,” said Fitzgerald. “It’s not that they’re sitting idle simply waiting for Spanish-speaking claimants to call. They’re actively calling English-speaking customers as well.”

TIP #2: There’s a dedicated call center with speedier service for Pandemic Unemployment Assistance (PUA) users who are self-employed or gig workers at 303-536-5615.

Thanks for reading another What’s Working. Share your stories, questions and tips on navigating unemployment, finding a job or hiring staff with me by emailing tamara@coloradosun.com. ~tamara

Miss a column? Catch up: