What’s Working: How Colorado is ensuring companies share how much jobs pay 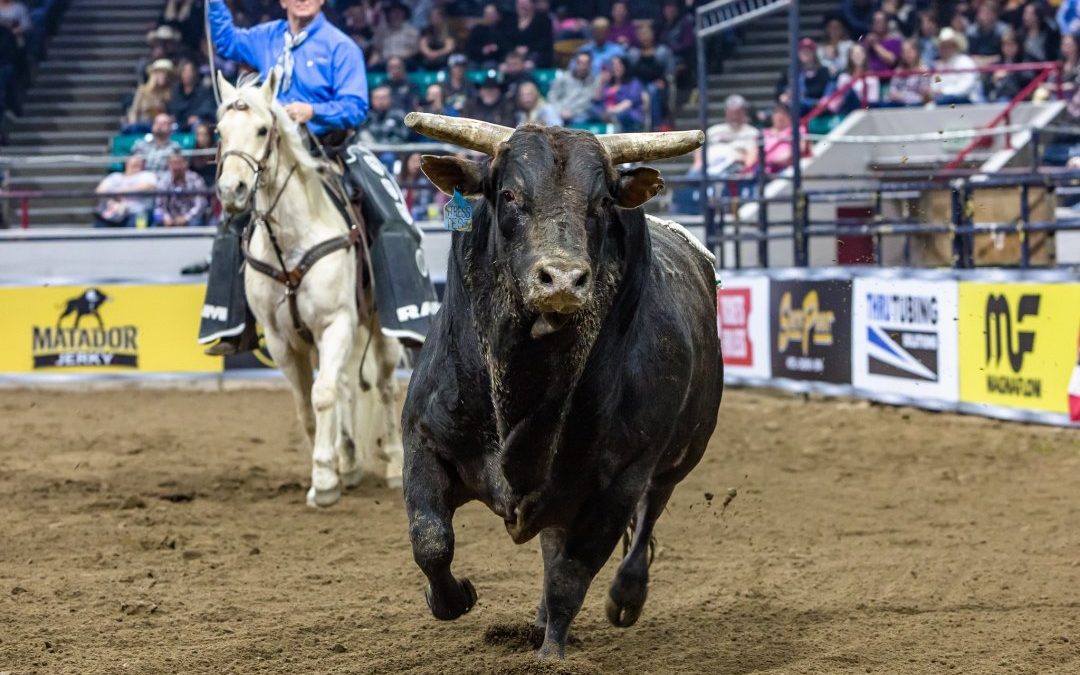 It’s a great time to start fresh. But unfortunately, I’m still hearing that 2021 will linger on for some folks who remain unemployed, are still waiting on pandemic jobless benefits (like this guy), or are just trying to get their small businesses fully operating again.

There aren’t too many new labor laws that start Jan. 1. But a big one is new pay rules for agricultural workers. My colleague Thy Vo wrote about it in November.

→ Boost for ag workers — The new law requires employers to pay agricultural workers at least the state minimum wage, instead of the much lower federal one. Such workers can now organize, earn overtime pay and receive whistleblower protection when reporting abuse.

→ Minimum wage hike — And speaking of minimum wage, the hourly rate is going up in Colorado, too. Like this:

>> What’s the minimum everywhere? The U.S. map of minimum wages by state (for 2021, though this handy chart from the U.S. Department of Labor shows state minimums back to 1968)

>> Pay is also rising beyond the minimum >>

→ Paid sick leave — Larger employers had to comply with this law in 2021. But this year, all employers — including those with 15 or fewer employees — must offer workers a way to earn sick leave at the rate of one hour for 30 hours worked. Up to 48 hours a year can be accrued and if unused, carried into the next year.

Accrued leave is different from the 80 hours of COVID-related leave, which continues into 2022. The COVID leave requirement only ends four weeks after all disaster orders and public health emergencies are over. But the 80 hours doesn’t restart in January. If a worker used any of the 80 hours last year, only the remainder can be tapped in 2022.

So, technically, workers could receive up to 120 hours of paid sick leave in 2022. Here’s the poster employers must display at the office.

→ Paid family leave — In case you’re wondering, this new paid family and medical leave doesn’t start until Jan. 1, 2024. It was passed by Colorado voters in 2020 and requires employers to provide 12 weeks of paid family leave plus an extra four weeks in case there are medical complications. Employers will have to start paying into the system in 2023.

But workers can still benefit from 12 weeks of unpaid leave, as part of the Family Medical Leave Act. This is available to new parents or people with serious health problems or relatives they must care for. Workers are entitled to at least 480 hours of unpaid family medical leave — and keep their job. >>

>> Speaking of new and business  — Jan. 1 tends to be a busy day at the Secretary of State’s office, at least virtually. There’s an uptick in new business filings, and reasons are linked to New Year’s resolutions, taxes or a day off from work. >>

Colorado hires temp to get serious about sharing salaries

One of Colorado’s widely publicized labor stories last year was how some pretty big companies didn’t support the state’s new Equal Pay For Equal Work Act, which requires employers to post pay and salary ranges for job openings. They purposely excluded Colorado applicants, drawing scrutiny from the state Department of Labor and Employment.

So, labor department staffers began investigating incoming complaints and proactively searching for other scofflaws. There were more than a handful of violators who could face fines between $500 to $10,000, said Scott Moss, CDLE’s director of the Division of Labor Standards and Statistics. He hired help.

“I literally hired a temp to scour the internet for jobs that exclude Coloradans,” Moss said. “He’s still doing this for us.”

After a search, the department sent out non-compliance letters to 128 companies. The employers often represented “dozens or over 100” remote job openings. So far, 83% have either fixed the problem or will fix it by January, Moss said.

As for incoming complaints, the department eliminated illegible and incomplete complaints or those that misunderstood the rule (a “reasonable” pay range instead of actual rate is acceptable). Fifty employers were sent “Opportunity to Cure” letters and given time to correct their listings. Of those, 29 did, while another 18 received citations. But they, too, mostly fixed their job postings.

“In 2021, because the law was so new, we did not fine anyone for a first violation that we thought could be just good faith unawareness,” Moss said. “There’s only one fine we issued, and that’s where an employer was cited for violations and then didn’t fix it. And then there was a second complaint filed.”

That employer paid the fine, though Moss could not yet share details until the case is closed.

“I’ve gotta say that when we sent out the compliance system letters on remote jobs in particular, getting 83% so far to start fixing it without an investigation, that’s an extremely good rate of compliance,” he said. “And it’s going up by the week as we keep following up.”

Traffic to his site has pretty much come to a halt, said Aaron Batilo, the Commerce City engineer who set up ColoradoExcluded.com to document which companies said “no” to Colorado applicants. But he said that it doesn’t mean all employers are complying.

“Some large corporations seem to be fine with excluding Colorado and I’m finding that otherwise, the Equal Pay for Equal Work Act is … not very well known,” Batilo said. “When I bring it up to recruiters who reach out to me, they have almost never heard of it and are not very receptive to trying to change anything about their current listings. I think the recruiters themselves just don’t have the ability or influence to do anything about it.”

Job of the week*

*What’s Working doesn’t really have a job-of-the-week feature. I usually highlight new openings, local job fairs and whatever comes my way. This one seemed extra fun.

If you’ve got 16 days to spare and enjoy being around livestock, crowds and western competitions, the National Western Stock Show has hundreds of openings for the January event in Denver — at least 240, as of Friday, said Mikayla Morrison, the Stock Show’s director of human relations and hiring.

“I’m afraid none of our positions include riding horses,” she said, because I asked. But there’s great need for folks to help out with events operations, parking, ticketing and guest relations.

As with most employers trying to fill roles, it has not been easy, she said. “We are having a bit of a tougher time this year, and while we would like to continue to grow our team, we are optimistic we will be able to make this year’s Stock Show great no matter what.”

The seasonal gig provides discounted or even free tickets to the Stock Show and hosted events. Pay starts at $15.87. Applications are being accepted online or in person at the employment office, located at 4695 Franklin Street in Denver. It’s open Monday to Saturday from 7 a.m. to 6 p.m. >>

→ $4,000 hiring bonus: The Regional Transportation District that operates the bus and rail systems in the Denver area still needs help. It’s offering a $4,000 hiring bonus to bus and rail operators, body shop technicians and all sorts of mechanics. Of course, there are “milestones” to reach before a worker gets the full bonus and that includes staying with the job for 18 months. Bus operator jobs start at $20.58 an hour. >>

→ Ski resort labor shortages — The combination of cheaper lift tickets, difficulty hiring workers and omicron has led to epic lift lines. Literally. One guy started the EpicLiftLines Instagram page and it’s grown into a nationwide vent for thousands of resort workers, most who work for Vail Resorts, according to this story from my colleague Jason Blevins. >>

→ Grocery strike? Unless something changes before this column is published, union employees at 87 King Soopers stores in Colorado will vote Sunday and Monday on whether to strike. The existing contract expires Jan. 8 and if workers vote to strike, that could happen on Jan. 9. If the strike occurs, we’ll likely be covering it. To keep track of the vote, follow UFCW Local 7 on Twitter. >> ,

So long 2021 and pandemic unemployment

An unknown number of Coloradans are still on some sort of hold for unemployment benefits that were part of federal aid that ended Sept. 4 in Colorado.

That’s been a difficult number even for the state Department of Labor and Employment to track because claims suspected to be fraudulent were automatically put on hold. For those folks who are legitimate, it requires a staff investigation to get those out of the holding area. If your case is still stuck, here’s the list of CDLE phone numbers to call.

Here’s what we know happened so far in the pandemic:

It’s New Year’s Day. Go spend time with your friends and family. If you were an unfortunate victim of the Boulder County wildfires, please check The Colorado Sun’s Marshall fire resource page for help and support. Hang in there everyone and let’s hope that 2022 will be a better year. ~tamara