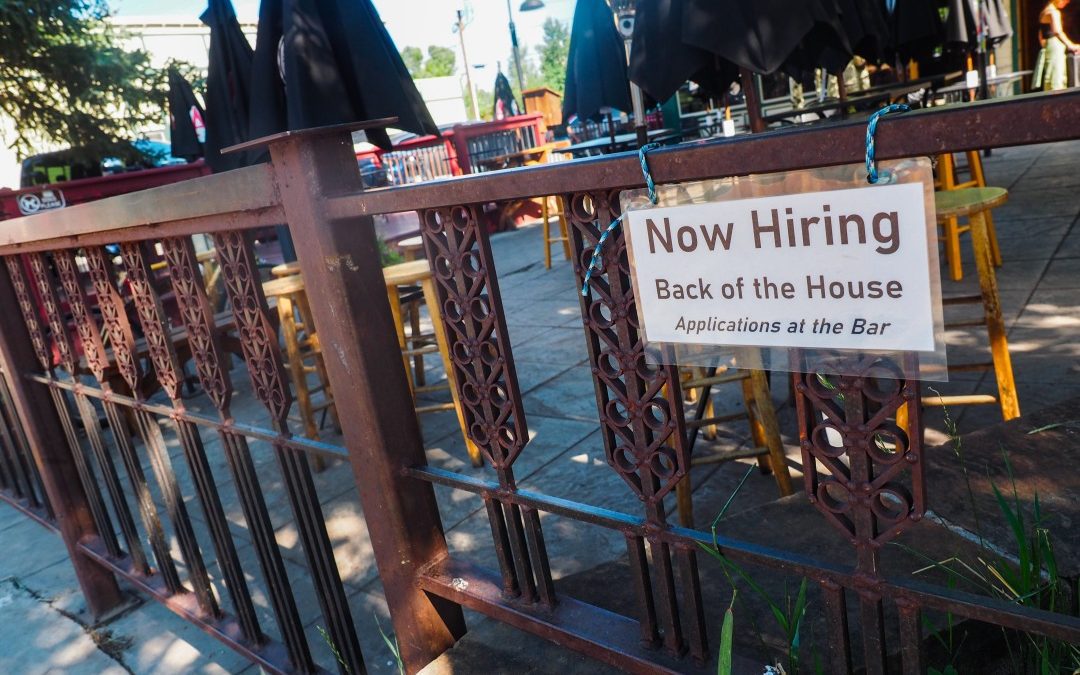 The labor stories keep getting shared, and not just here on What’s Working. If you wander over to Facebook, the conversation has been quite lively around some of The Colorado Sun’s recent job stories, such as this one and this one.

There are a number of folks who cannot find a job, so if you’re an employer, there may be some worthy candidates among the commenters. At the very least, hearing people’s stories about how many applications they sent in — and have not heard back on — may help amplify that this is still a big issue.

A common theme seems to be older workers who aren’t getting hired, including this woman:

Older workers are one of the top groups that left the labor force faster during the pandemic, according to 2019 and 2020 age data from U.S. Bureau of Labor Statistics.

They weren’t the largest age group. That would be women age 24 to 34, which could include working moms whose jobs didn’t pay enough to cover child care.

As pointed out in my earlier story about the labor mismatch, the top age group that left in the pandemic were people age 25 to 34, followed by those 20 to 24. Women between 25 and 34 saw the biggest drop. Workers 55 years and older also saw declines, while the number of workers 35 to 54 grew.

This is the topic of a future story, so if you’re an older worker who can’t find a job or an employer who can share insight into why you have hired — or not hired — an older worker, please share your story.

Besides older adults and younger adults, who tend to be parents of small children, another group of workers who have gone missing in Colorado are international visitors on seasonal work visas.

According to the U.S. Department of State, the numbers of foreign workers in the J-1 Exchange Visitor Program plummeted 90% in Colorado during COVID. That’s no surprise, of course, as COVID-19 health concerns were a major factor as was the Trump administration’s policy limiting the number of foreign work visas last year, though farm workers were exempt.

Here’s some number crunching I did using the past five years of J-1 visa data:

→ ICYMI: Where have Colorado’s workers gone? Some say: “We’re still here. Hire us!”

→ ECONOMY REPORT: U.S. employers added just 194,000 jobs in September, which is lower than expected as 7 million people lost their pandemic jobless benefits that month. An NPR report notes that concerns with late summer surge in the delta variant hurt hiring. >>

Tech giant Amazon has become quite a force in Colorado despite Denver losing a bid in 2018 to become the company’s second headquarters. Back then, when the city was still preening in hopes of becoming Amazon’s HQ2, the company employed about 1,500 in Colorado.

Today, it has 16,000 full-time and part-time employees, primarily at large warehouses or distribution centers in the Denver and Colorado Springs metro areas. The fellow who led the region’s effort to lure Amazon’s HQ2 now works for the tech giant. It has multiple locations, including an advertising office in Boulder and tech hub in Denver. Its palm-scanning technology is your new ticket to get into concerts at Red Rocks Park & Amphitheatre.

And now it has its own unhappy Colorado worker lawsuit. (Actually, more than one.)

And there was this: “If an employee clocked in early or out late too often, it would result in eventual termination.” Vincenzetti, represented by lawyers with Towards Justice, was fired “in 2020 for returning from a break late.”

“Amazon has placed its earth-shattering profits over its workers’ fundamental right to a safe workplace, and it has perceived the threat that workers might speak out about their working conditions as an existential threat,” said David H. Seligman, an attorney and director of the law firm that advocates for economic justice. “Ms. Vincenzetti’s case alleges, however, that Amazon is willing to appear like it’s protecting its workers from COVID, so long as its workers are the ones footing the bill.”

The company has faced allegations about poor work conditions in warehouses before. In fact, California’s new law to protect workers was largely aimed at Amazon “to address the impact of quotas on worker injuries and health,” NPR reported.

About 60% of Amazon’s Colorado employees work in the company’s fulfillment centers, where average wages start at $17 or $18 an hour, the company has said.

An Amazon official said that because the matter was in active litigation, she could not comment.

The total number of continued claims, at 29,282 for the week ending Sept. 25, includes about 650 people receiving payments from the now-expired federal pandemic benefits. Those are folks who may have been stuck in fraud holds, were waiting on backdated requests or didn’t even file a claim until after benefits ended.

Since the Sept. 4 expiration of federal benefits, another 3,391 Pandemic Unemployment Assistance or Pandemic Emergency Unemployment Compensation claims have been paid.

Meanwhile, the number of first-time jobless claims also dropped below 2,000 for the week ending Oct. 2.

As for folks who were told they were overpaid unemployment benefits, I still haven’t heard from anyone who has successfully seen the charge overturned. Remember, you must appeal before the Colorado Department of Labor and Employment will look at your account (and see if you really did file the documents required). If you’ve seen success on your appeal, please share your story with the rest of us by emailing tamara@coloradosun.com.

→ It’s National Disability Employment Awareness Month. Colorado’s labor agency is highlighting inclusive workplaces the week of Oct. 11. Key points for employers and owners: There are tax credits (like this one) available for hiring people with disabilities, and most accomodations needed don’t cost a cent. If you’re wondering about where those missing workers went, here’s a stat for you: The Bureau of Labor Statistics showed that in 2020, people with disabilities had an unemployment rate of 17.9%, the highest in seven years.

Other relief for the employed and unemployed

While federal unemployment benefits are over, there are other resources available if you’ve lost a job or have a reduced income because of the pandemic.

An underused federal program provides up to $50 a month to pay one’s internet bill — mobile data service, too! The $3.2 billion Emergency Broadband Benefit Program is open to low-income residents, but it’s also available to anyone who can prove their income declined during COVID to less than $99,000 for one person and $198,000 for joint filers.

Roughly 13.4% of eligible Lifeline households have enrolled, according to state officials.

The program credits up to $50 a month for internet service until the money runs out or six months after federal officials declare the COVID-19 pandemic is over. There’s still $2.5 billion, as of Oct. 4.

Changes to the program may help those who’ve been rejected in the past, said Joel Shadle, a Comcast spokesman. And he shared this tip: When verifying eligibility at  GetEmergencyBroadband.org, copy down exactly what you type. That information needs to match your application to the internet provider or else it may get rejected (inputting “Street” instead of “St” could result in an error).

RENT HELP — Colorado’s Emergency Rental Assistance Program offering up to 15 months of rent assistance is getting rent checks to struggling tenants and landlords faster than ever (it was quite slow for many months). There’s still thousands waiting to be approved but state housing officials say that they’re paying out $6 million a week instead of per month. >>

TAX BREAK Have you heard of the Small Business Deduction? The National Federation of Independent Business reminds companies that are sole proprietorships, S-Corps or LLCs to check line 13 on one’s 1040 form for 2020. “You’ll see a deduction of up to 20% of your business income,” says NFIB. >>

GOOD BANKING FirstBank’s Good Business Contest is under way and offering 10 $5,000 awards to small businesses that have had a positive impact on their community. The Lakewood bank will also toss in an extra $1,000 each to be donated to 10 charities chosen by the winners. >> DETAILS in and

OUCH! More than 20% of the popular Economic Injury Disaster Loan advances weren’t supposed to happen. A new report by the Office of Inspector General deemed that $4.5 billion of the advances — which provided grants of up to $10,000 to small businesses early in the pandemic — were improper. Approximately 542,898 grants were made to companies that didn’t have an Employer Identification Number, or EIN, to show they actually had employees. >>

I’m not sure how you ended up reading this column, but if someone forwarded this to you via email or you stumbled on it on the web, get What’s Working delivered to your inbox every Saturday morning for free. Sign up at . ~tamara