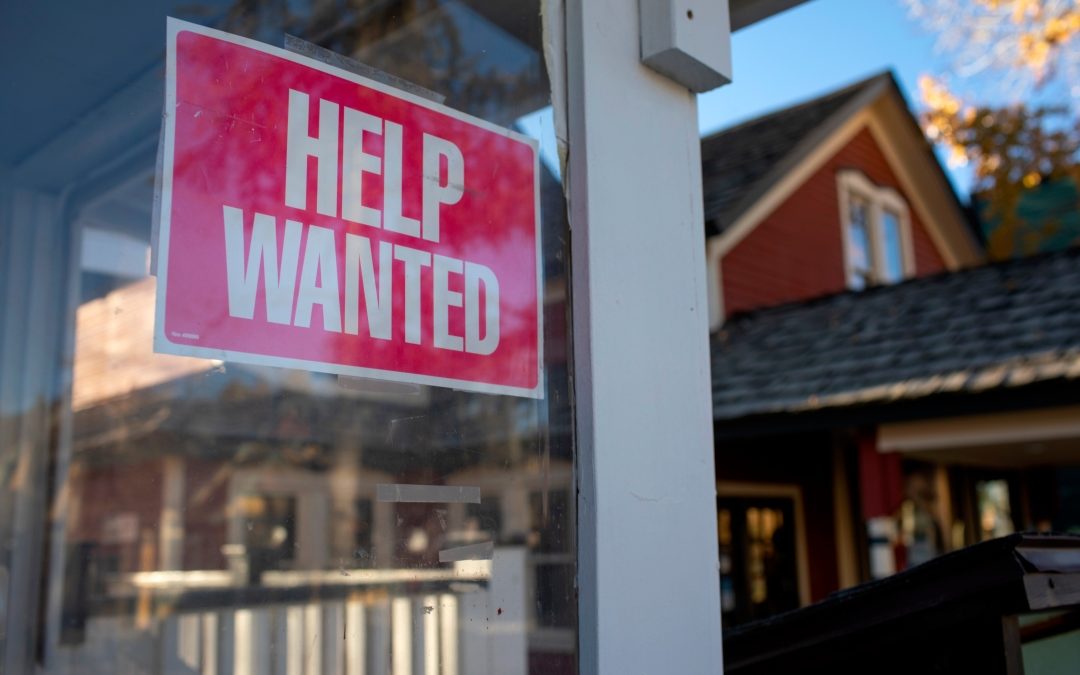 A lot of things changed in Colorado’s labor market in September. Pandemic unemployment ended, which cut off benefits for 107,000 unemployed workers. Some of the first vaccine mandates took effect. And Colorado went from the state with the nation’s highest rate of layoffs and job separations to the 18th highest.

The drop in September was dramatic and led to Colorado leading the nation for some of the largest changes in the new Job Openings and Labor Turnover Survey, which tracks how many people get hired, fired or quit in a given month.

Colorado had the nation’s biggest decline in layoffs and involuntary job discharges (down 42,000 jobs), the fourth highest rate of quitters (tied with Alaska) and the third largest decline in job openings, according to analysis by the U.S. Bureau of Labor Statistics.

Colorado has been all over the place compared to other states. Here are some key indicators and where Colorado ranked in September versus August:

Another look at how Colorado landed is in the chart below. You can compare the job openings, hirings, firings and quit rates by pressing the buttons below and selecting different months in the drop-down date area.

If one can glean any sort of economic impact from all this, it’s that 20 months into the pandemic, the labor market is still very volatile 20, Ryan Gedney, senior economist at the state  Department of Labor and Employment, reminded us.

“When there’s rankings where in one month it’s first and the next, it’s 50th, it’s tough to take too much from that,” Gedney said. “I would say there’s more underlying volatility in the trends than (other) surveys.”

Many people are still quitting their jobs

Some of the numbers do follow other trends in the state. The number of people on unemployment has declined for several months, so they likely found work. Fewer layoffs has resulted in a declining unemployment rate.

But for the number of job openings or hiring to decline seems puzzling, especially as Colorado saw even higher quit rates in September than in August, said Chris Brown, vice president of policy and research at Common Sense Institute, a think tank on economic research and policy in Greenwood Village.

“It could just be inconsistency in reporting, or given new business formation is up, these new companies are not yet captured in the JOLTS survey,” Brown said. “It makes sense that both the employment survey and this JOLTS survey won’t align 100%, however they don’t seem to be pointing in the same overall direction.”

Gedney said it’s better to look at the trends nationwide. Hawaii, Montana and Nevada had higher rates of people quitting than Colorado. All rely on tourism, which was ramping up all summer to hire workers. Workers have options.

“What is the prominent industry in Hawaii? Leisure and hospitality,” he said. “So, yeah, it makes sense, especially when you see at the national level that the states with pretty much the highest concentration of leisure and hospitality are leading the way in quit rates.”

In 2018, Colorado ranked as the nation’s sixth highest in concentration for leisure and hospitality employment in the nation.

Gedney cautioned against interpreting the data to signify any big changes. JOLTS data is based on a smaller survey sample than most economic reports. Month-to-month changes should be taken with a grain of salt. But it had not been broken down at a state level before and that alone provides benefits when measuring economic indicators, he said.

“At least now we have an official measure that can look at this on a monthly cadence,” he said. “The number of openings and the quit rates are valuable because you can calculate labor tightness. In terms of a higher quit rate, our view is the labor market is tighter because of the openings-to-unemployed ratio. Those are all signs of an economy in recovery.”

→ Americans still are quitting — For the U.S., it was another record month of people quitting their jobs, with 4.4 million quitting in September — a rate of 3%, compared with 2.9% in August. Economic research firm EMSI Burning Glass calls it “an employee’s economy,” since the rate of unemployed workers is at a two-year low with 74 unemployed workers available for every 100 job openings. >>

→ Who quit? One in five health care workers are getting burned out and quitting their jobs. >>

The U.S. Department of Labor announced Wednesday that first-time unemployment claims nationwide fell to their lowest level in 52 years. Specifically, there were 199,000 initial claims for the week ending Nov. 20, down 71,000 from the prior week and the lowest since Nov. 15, 1969 when initial claims were at 197,000 for the week.

Falling under 200,000 also means the U.S. is back to pre-pandemic jobless levels.

Now, what caused this drop wasn’t explained by the labor department. Some economists felt the data would change after seasonal revisions are completed. Others said they’d only be guessing about what happened. And some point to an obvious reason: fewer people are jobless.

It’s not quite the same in Colorado. Preliminary data shows that while initial unemployment claims for the week ending Nov. 20 fell to 2,118 claims, that’s still above the 2019 weekly average of 1,900.

I vaguely recall, back when I was a full-time technology reporter, the start of Cyber Monday. It probably came to my attention in a news release from the National Retail Federation, which is credited with launching the new day in 2005 to promote ecommerce. And yes, it was another made-up shopping day to get consumers to spend money. I don’t even know when it officially starts or ends anymore since nowadays it seems to take up the whole month of November.

But the more mindful Small Business Saturday seems like a more worthy day to promote since most of America’s businesses are small businesses. While I was disappointed to be reminded (after a quick search) that this holiday was also made up for marketing purposes (in 2010 by American Express), the spirit of the day is to support local and small businesses on this Saturday after Thanksgiving. So, a few shoutouts and suggestions based on small-business sources I’ve interviewed in the past:

Coloradans are getting older

Here’s our past, present and forecast of how old we’re getting:

We’re getting older, and so is the state’s labor force. That’s why a number of organizations are highlighting the need for age-friendly workplaces and state policies to prevent information that can lead to age discriminatiion from being required on job applications.

Some of the efforts were paused during the pandemic, but many have returned and you may see legislation proposed in the next session, said Janine Vanderburg, director of Changing the Narrative, an organization fighting ageism in the workplace.

“There is a coalition of partners, of which Changing the Narrative is a part, that are working on legislation to get age-identifiers, like high school graduation dates, removed from employment applications,” she said.

If you missed the bigger story on older workers in Colorado, you can read it here: “Job hunting in Colorado when you’re over 50”

Thanks for reading and see you next week. ~tamara