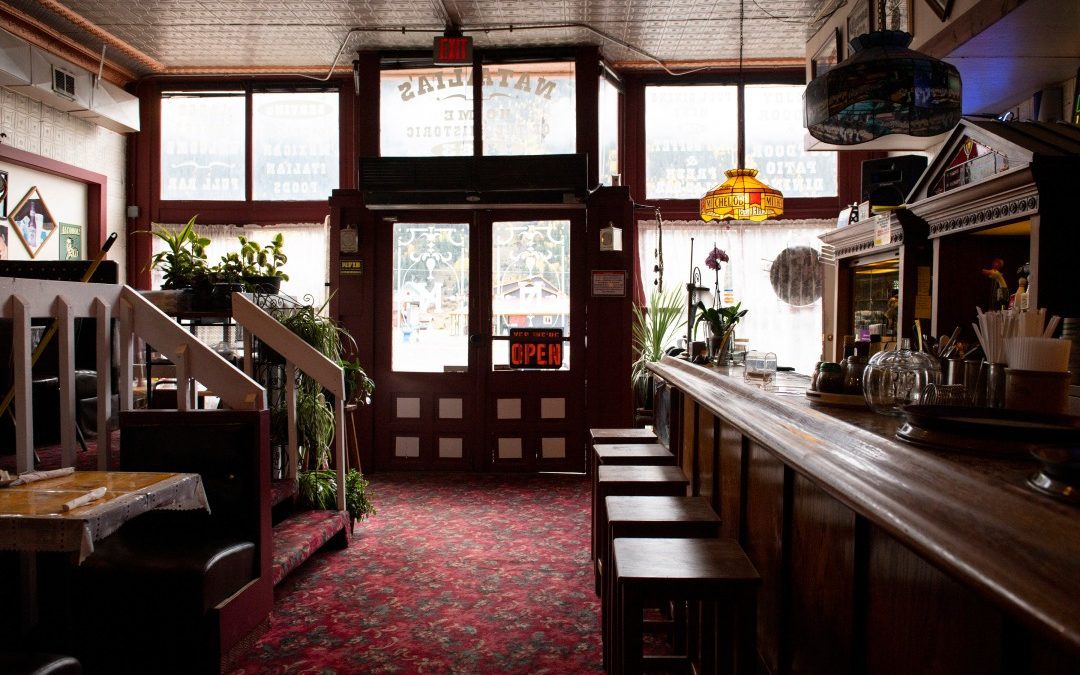 In recent weeks, my inbox has been full of bold claims by private companies and industry groups revealing Colorado as one of the top states for:

That last one seemed curious. Restaurant owners and managers have long said that finding help this year has been a challenge even after COVID business restrictions were lifted.

The study, conducted by an insurance company, didn’t put Colorado as the state with the most job openings (that would be Texas, at 80.3 openings per 100,000 residents) or the highest mean hourly wage (that’s the District of Columbia, at $20.15).

It’s more about how much more attractive Colorado has become for restaurant workers compared to elsewhere.

The Next Insurance study credits Colorado’s annual minimum wage increase (thanks to a law) and the plentiful number of restaurant job openings. In other words, this is about states “where U.S. food service workers have the most employment and financial security opportunities,” the report says.

But this doesn’t mean restaurants are having an easier time finding workers. After polling its members in July and August, the Colorado Restaurant Association found that nine in 10 restaurants increased wages or added benefits since March 2020. The same number — 91% — struggled to hire enough staff.

That has changed somewhat, CRA spokeswoman Denise Mickelsen said. The share of restaurants reporting that they’re still understaffed is down to 84% from 91%, according to Colorado data provided by the National Restaurant Association. It’s still hard to find workers, which coincides with the report’s theory that it’s easy to find a restaurant job here!

An ongoing issue, Mickelsen added, is that not all workers have returned.

“We’re estimating that the state is down about 7,200 restaurant workers compared to pre-pandemic levels,” she said. “Anecdotally, we are still hearing that most operators are looking for additional staff and yes, wages are higher than ever before.”

→ Speaking of restaurant jobs, the Colorado Restaurant Association has its own job board. >>

→ Another #1 (ICYMI) —Colorado had the nation’s highest rate of layoffs and job separations in August. >>

→ Not a blast from the past —About this time last year, a spike in COVID cases led to new business restrictions in 15 Colorado counties, which hurt restaurants more than other businesses. A week later, new jobless claims increased 50.7% with double-digit increases for four weeks straight. >>

As I was wrapping up last week’s column on COVID-19 worker deaths, the Colorado Department of Public Health and Environment shared even more of its data about people who died of COVID. This time it showed occupations of working-age adults by education level, gender, marital status and whether they were a veteran.

In all, 1,047 people aged 16 to 64 died of COVID, the data showed. For the most part, their occupations were recorded by the funeral home or those assisting with the death certificate. As a reminder, this doesn’t mean that all 1,047 were employed at the time of death. About 14.6% were homemakers, students or retirees and weren’t counted in typical labor force data anyway. In other words, only some were likely missing workers.

But a glance shows that more men than women died (The Sun has touched on this imbalance before, as have researchers like The Brookings Institution), one-in-five had a college degree, about 50% were married, 27% had never married and 96 were veterans.

The quick takeaways are that the majority of people who died had just a high school degree, if that. And if they were employed, their top occupations were in construction, transportation and material moving, cleaning and maintenance and administrative support roles. Among those with college degrees, the top occupation was management.

→ College scholarships and COVID workers —Children of Colorado workers injured or killed on the job are eligible for a college scholarship from the Pinnacol Foundation, the charitable arm of workers compensation provider Pinnacol Assurance.

This includes children of workers whose COVID infections were “found to be contracted in the course and scope of their employment,” and covered by workers comp regardless of insurer, Pinnacol spokeswoman Liz Johnson said.

So far, Pinnacol has paid out about 2,000 COVID claims in the past two years, including three fatalities. Most were health care workers and first responders, she added. The scholarship, in its seventh year, averages $4,700 and the foundation awards about 100 a year. >>

Another record of job quitters, plus other CO labor updates

The national numbers are out again: People continued to quit their jobs in September in record numbers. The monthly Job Openings and Labor Turnover Survey put that number at 4.4 million at 3%, compared to 4.3 million and 2.9% in August (and remember, August numbers caught everyone’s attention).

Little changed in the rest of the JOLTS data, including the number of job openings, hiring activity and job separations, or the number of people who quit, got laid off or left their job.

While the Bureau of Labor Statistics doesn’t address in its report why this is happening, a high number of quitters often translates to high availability of other jobs, as we’ve reported. But we also know first-dose vaccine mandates went into effect for state health care workers Sept. 30 so some workers likely left, though some firings didn’t happen until October.

The western states, which includes Colorado, did see a drop in the number of overall job separations, to 4.5% in September, compared to 4.8% in August. The quitting rate in the West, however, grew to 3.1%, from 2.7% in the same period. Colorado data should be out in the next two weeks.

Of course, there still seems to be a disconnect between employers who are hiring and workers who are looking for work. There are still a lot of unsuccess stories out there, such as Paul K. in Pueblo.

“I’ve been looking for a job for the longest period in my life and since I can’t hide my age of 57 years, except for remote work,” he said. “ I haven’t received a single local based, reasonably paying job offer even though I have a lifetime worth of work experience to offer.”

→ Ag workers and overtime pay —The state labor department added new rules this week to improve conditions for agricultural workers. They’re meant to protect against “hazardously long hours,” Scott Moss, director of the Division of Labor Standards and Statistics, said in a statement.

While the ag industry is currently exempt from the 40-hour work week, overtime pay of time-and-a-half would kick in at 60 hours next November and then start at 48 to 56 hours in 2024, depending on the type of seasonal worker. The change also requires extra paid breaks and relief from weather with employers offering shade and drinking water. For a deeper look into the changes, Sun reporter Thy Vo will have a thorough story on Monday. >>

→ Unemployment claims up and down —New jobless claims for the week ending Nov. 6 jumped 5.1% to 2,053. While the Colorado Department of Labor and Employment shares data, not the reasons why, the agency has said that people who lose their jobs because of a vaccine mandate may qualify for unemployment, and we know that people are threatening to leave their jobs because of mandates.

But just because someone claims unemployment benefits doesn’t mean they’ll get it. Decisions are on a case-by-case basis. In fact, five weeks ago when new claims jumped 20.1% in a week, that didn’t translate to more Coloradans on unemployment afterwards. Continued claims have dropped every week for the past seven weeks, falling to 22,338 people on Oct. 30. >>

→ Are you a first-chance employer? Colorado is investing $1.1 million to help former inmates re-enter society and find a job. That hasn’t been easy, as we’ve heard from Coloradans who say their criminal records make it hard to find work — even if they paid their dues years ago. Part of the money will be used to develop a network of “first chance” employers who are willing to hire the recently released. Colorado Sun reporter Tatiana Flowers has the scoop. >>

→ Under-tapped labor source: People with disabilities — Spotted on The Sun’s opinion page, Tom Olson of Highlands Ranch writes about his son, who has epilepsy. The family moved to Wisconsin to be closer to family but later returned to Colorado, where his son’s old boss welcomed back his ex-employee. >>

→ $1.39 billion — That’s the amount the Small Business Administration said it provided to Colorado small businesses through its usual 7(a) small business loans and microloans. This amount excludes:

I like to include informative charts with every column. But have you noticed I also link to original sources? So, if you see linked text, it’ll likely lead you to something new to dive into. Have a good week! ~tamara