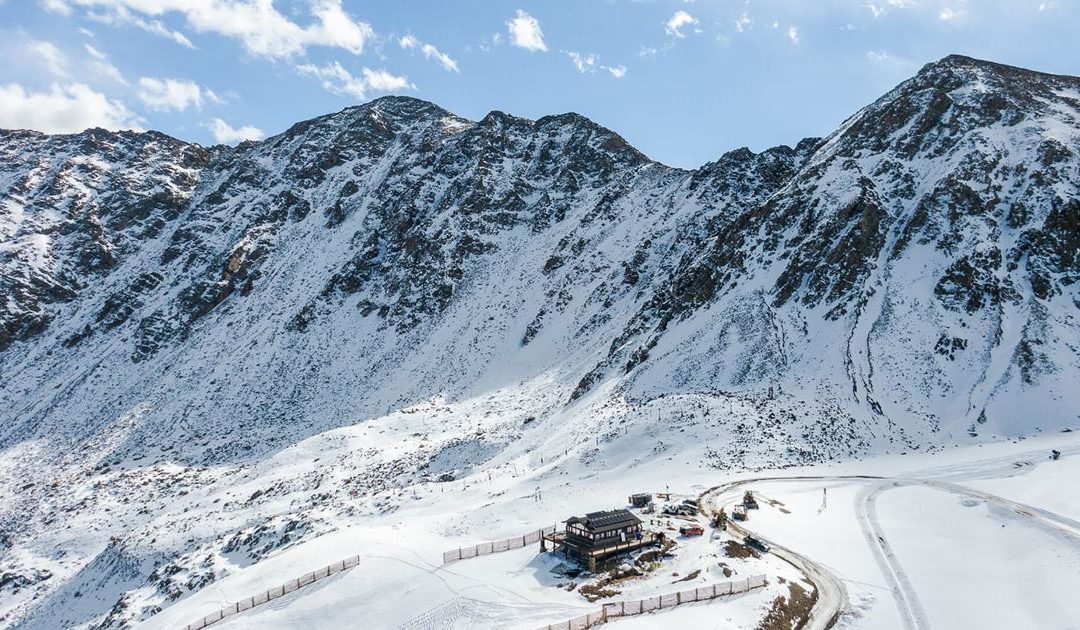 The most drastic change to Colorado’s 2021-22 ski season likely will be normalcy.

At least, it seems the season will be close to what it was before the pandemic. No longer are Vail Resorts-owned destinations requiring reservations, for example. Others aren’t limiting ticket sales and indoor dining as they did. Rules on boarding lifts with strangers are not expected to apply in the coming months.

Last season’s interruptions to business weren’t enough to prevent this season’s upgrades. Here’s some of what’s new to ski country:

Arapahoe Basin: Off Lenawee Trail above tree line, skiers will be able to warm up in the new Steilhang Hut, serving sausages, hot pretzels and strudel to go along with German-style beer. Views from the wraparound deck should inspire the next run in Montezuma Bowl.

Aspen Snowmass: A new taste sensation awaits in the cozy Alpin Room, tucked in the High Alpine restaurant. The room showcases the fine dining of the French, Swiss and Austrian Alps.

Beaver Creek: The resort is growing by 250 acres with McCoy Park, a playground of two lifts and 17 trails made for beginners and intermediate-level skiers and riders.

Bluebird Backcountry: In its second full season, the ski area near Kremmling is debuting 12 trails for guests who hoof it themselves up Bear Mountain; chairlifts go against the self-powered mission here. Backcountry newcomers will opt for some new runs through meadows and aspens, while intermediate and advanced types will enjoy the majority of the expansion.

Breckenridge: Operators anticipate the Freedom SuperChair to be a “game-changer for the interconnected, peak-to-peak experience of the resort,” according to a news release.

Built on the north side of Peak 7, guests dropping from Peak 6 will conveniently board the new high-speed quad for easy access to Peak 7 and Peak 8.

Two black diamond trails are new for the season, and some trees have been cleared for more spacious skiing. Also, it’ll be the first season for Timberline Taproom, a sawmill-inspired base pub for barbecue and craft brew.

Copper Mountain: The Summit County resort is introducing guests to its Western Territory, a multiyear project on the far-western boundaries that starts with a pair of family-friendly, skill-building “adventure zones” and two trails.

Crested Butte: The Peachtree triple lift substitutes for the former two-person lift at the resort base to ferry guests more efficiently up the mountain. Alongside the lift, fresh grading is intended to create a more consistent pitch for learners.

Granby Ranch: Under new ownership, the ski area down the road from Winter Park has reportedly tripled its snowmaking efforts across modest terrain, allowing for a more consistent, earlier available surface.

Loveland: Loveland expects to host its first snowcat tours in the Dry Gulch area, expanding the ski area’s guided backcountry by 200-plus acres. Trips will begin by Lift 8 and head up and over Mount Trelease. Also, the Loveland Valley Lodge has been expanded to triple the seating.

Monarch: The ski area’s upper parking lot, the Paradise lot, has doubled in size in hopes of relieving congestion on weekends and holidays.

Beetle kill tree removal continued along Monarch Pass this year, including inside Monarch’s boundaries. “It is opening up more terrain in bounds and making for some great tree skiing,” a spokesman said.

Steamboat: Visitors will notice early signs of the long-term Full Steam Ahead project, billed as the resort’s largest redevelopment ever. The first phase includes a relocated gondola just off the promenade and a reassigned main entrance. Both moves are intended “for guests to navigate and enjoy a reimagined Steamboat Square,” according to a news release. The square is expected to include an ice skating rink next winter.

Telluride: Telluride is opening 40 acres of beginner and intermediate skiing to include the Grouse Glades. The resort is counting on new snowmaking across 60 acres to deliver better early-season prospects.

Vail: The new Avanti Skills Zone is designed to be a learning venue unlike any other, with three terrain “lanes” promising ways to achieve “the perfect carve” and conquer bumps and rollers.

The Avanti Performance Center will mark the zone. The high-tech building is equipped with tools to further develop youngsters and beginners.

Winter Park: Guides will host skiers and riders for new adventures at sunset. The view at dusk also can be admired by taking the gondola for free after 4 p.m. Friday-Sunday; aprés spoils will be served at Sunspot lodge.

Several new eateries also will open at the resort: Ember at Snoasis, with outdoor dining by a fire; Bradley’s at the Base, specializing in chicken; and Denver favorite Stoney’s Bar and Grill is adding a location.