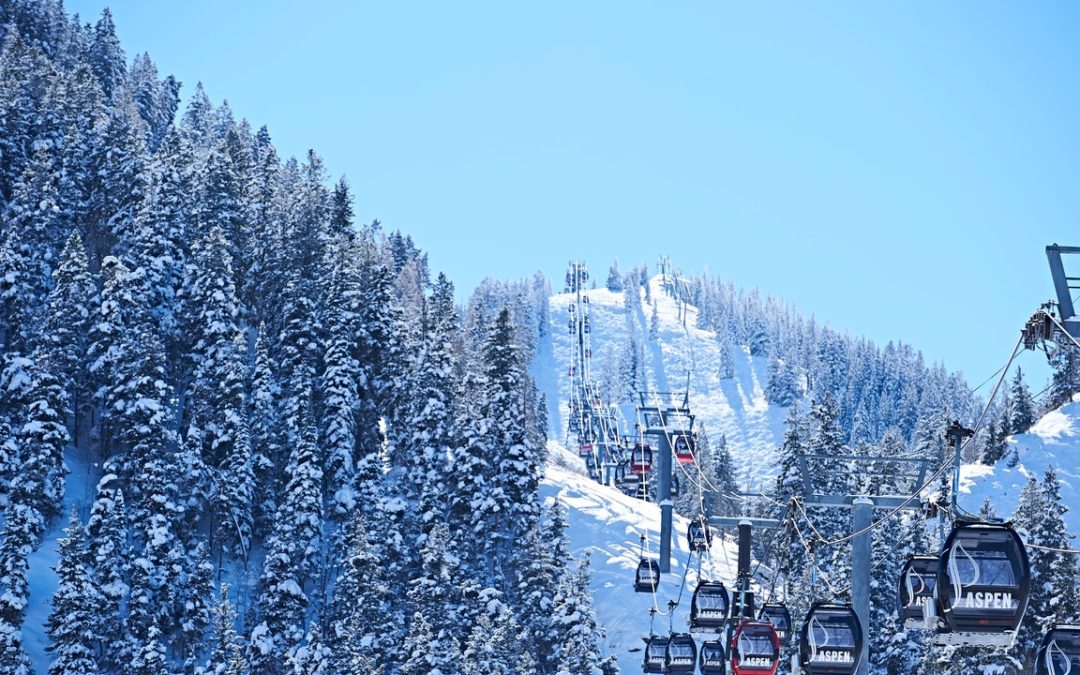 Come late November, Aspen, Colorado officially enters its peak season. The area’s ski resorts, from Ajax to Snowmass, open their snowy slopes to skiers. Five-star hotels such as Hotel Jerome and the St. Regis become fully booked for months. Meanwhile, Aspen’s famed après ski haunts, like Cloud Nine and the Little Nell, start up with their spirited (and in the case of the former, champagne spraying) debauchery.

So what’s new for winter 2021 and 2022 in America’s chicest ski town? Below, Vogue tracks the most noteworthy openings, from restaurants, to stores, to post-slope hotspots. This article will be updated throughout the winter, so check back for the latest goings-on—and prepare to feel inspired to book your own Rocky Mountain getaway.

The Snow Lodge Supper Club at The St. Regis

The St Regis in Aspen.

The Snow Lodge—the winter sister of Montauk’s perennially trendy Surf Lodge—will open a supper club at the St. Regis Aspen in partnership with Stephane De Baets of Elevated Returns. This isn’t your run-of-the-mill supper club, mind you: New York City’s Dante, the world’s official best bar in 2019, will be crafting cocktails. The walls will be adorned with artworks from Heart Evangelista, Zoe Buckman, photographers Brandon Ralph and Brian Bowen Smith, as well as artist and Incubus front man Brandon Boyd. Then there’s the music, of course: The Snow Lodge Supper Club will host a concert series that already has singer-songwriter Léon and Jake Wesley Rogers on the lineup. “After spending last winter locked down, we wanted to bring people back together in an intimate setting and create unforgettable experiences. We think The Snow Lodge will be the perfect place to do just that,” Jayma Cardoso, founder and creative director of The Surf Lodge tells Vogue.

You may not need us to share the news that Felix Roasting Co.—the buzzy Ken Fulk-designed coffee shop—opened at Hotel Jerome this fall, as you’ve probably already seen it on Instagram. The interiors are done in Fulk’s signature maximalist style: think peacock velvet banquettes, pink fringed slipper chairs, and Murano glass chandeliers hanging from the ceiling. The menu matches the decor’s playful extravagance, offering up beverages like a hickory smoked s’mores latte, a lavender Honeycomb latte, as well as bagels with blueberry and sage cream cheese, fresh strawberries, blackberries, cinnamon and mint.

Miron Crosby—the world’s chicest cowboy boot brand—will open a 2,000 square foot store in Aspen town on December 1. Their “ranch to runway styles,” which include footwear made in styles with metallics, leathers, and other bold accents, are beloved by everyone from Gigi Hadid to Gwyneth Paltrow–and, soon, the denizens of Aspen.

Most people go to Aspen for both the skiing and the scene. On December 8, Catch Steak—known for its buzzy, club-like outposts in New York and Los Angeles, will officially add to the latter. Their Colorado outpost is steps from the Aspen gondola, and will have a heated year-round rooftop dining terrace with views of Ajax in addition to their main dining room and bar. As the name implies, they’ll serve up an abundance of premium steak (although their endlessly popular chili tuna tartar is also on the menu).

The former Aspen Mountain Club will re-open on the top of Ajax with the new name “Aspenx” and a brand new look to (ski) boot: a complete redesign of the 4,400 square foot space was led by artist Paula Crown and executed by famed Spanish sculptor and designer Luis Bustamante of Luis Bustamante Interior Design. Meanwhile, a new retail outpost will open in Gondola Plaza.

Going to Aspen? Here’s some suggestions on what to wear.