What’s it like to shelter in place as part of the fight against coronavirus? Look no further than Telluride. – The Denver Post 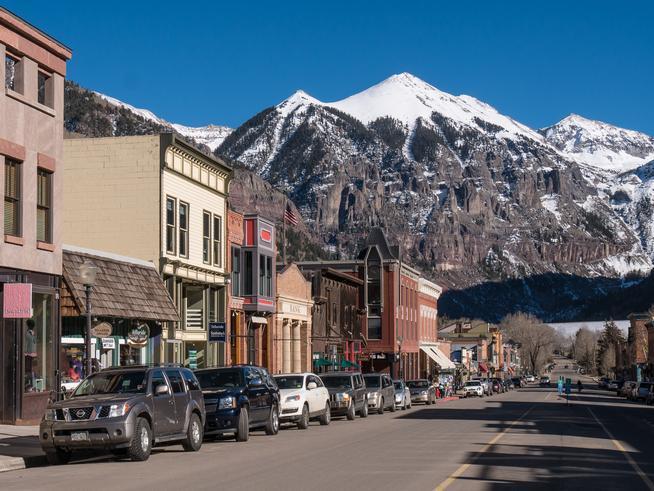 It’s Day 1 of Colorado’s only shelter-in-place mandate, in San Miguel County, and Jim Bedford was taking stock of all the things he needed to catch up on.

The Telluride resident eyed a collection of boxes he still hasn’t sorted from his last move — 2½ years ago. Then there are all the books he’s collected that need to be cataloged.

“I’ve still got spring cleaning 2016 to take care of!” Bedford said with a laugh.

The southwest Colorado county — known for its acclaimed ski resort and renowned bluegrass, blues and film festivals — is a test case for the strictest mandate on movement as health officials try to slow the spread of the novel coronavirus. While state officials weigh the option for the broader population, authorities in San Miguel County say the bold move, combined with a new blood-drawn test administered to all 7,500 residents, is necessary to slow COVID-19’s spread.

“We think the short-term investment of inconvenience that sheltering in place poses will have benefits that help us return to some way of living in a new normal sooner rather than later,” said Susan Lilly, San Miguel County spokeswoman.

For residents like Bedford, the new mandate simply means more time to tackle long-forgotten projects while still being able to enjoy solo hikes and bikes through the area’s picturesque mountains.

“It’s a giant personal pain in the ass, and it’s gonna be an economic pain in the ass,” the 75-year-old said. “At least from what I have been able to read and understand, the chances are excellent that it will solve the problem.”

Prospects for a new testing method

But local health officials realize that the data is lagging, as state officials have been stymied from ramping up testing to its necessary capacity by a lack of resources. On Tuesday, 100 pre-selected residents considered the most at risk were tested in Telluride, but those results won’t be back until Monday.

Thirty-eight other tests have been conducted — 13 negative and 25 still pending.

“Well, we know that number’s not zero,” Lilly said. “But we don’t have a way to truly assess it.”

The Telluride residents are co-founders of United Biomedical Inc., and for 30 years have worked on vaccines for various epidemics worldwide. The company announced Wednesday it is donating blood tests to all 7,500 San Miguel County residents — free of charge — in what the county says is the first test of its kind in the United States for the novel coronavirus.

A similar test was conducted in the Italian town of Vo, and the rate of infection was lowered by 90%, the company said.

“Our goal is to show what mass testing and strategic isolation can do together to stop the spread of infection, and to create a model that could save lives worldwide,” Reese and Hu said in a news release.

Scott Bookman, the state’s public health incident commander for COVID-19, said in a conference call with reporters that health officials are considering whether this test can be expanded statewide.

“We are currently evaluating the science and efficacy behind these tests to see if they meet public health needs,” he said. “We haven’t been able to determine if that is a route the state can determine at this time.”

Sheltering in place — but staying active

In San Miguel County, health officials made sure that testing was one side of the coin, which could only be effective by pairing it with more restrictions on the population’s movement.

The shelter-in-place order, effective through at least April 3, prohibits all events with more than 10 people, and orders all business activities in the county to cease “except for minimum basic operations and essential services.”

The phrase “shelter in place” itself evokes fearful images of hiding under a desk or bracing for some type of impact. But people are still allowed to takes walk with their dogs, hikes in the mountains and run to the grocery store when supplies get low, Lilly said.

“Just don’t do these things in groups of four like you used to,” she said. “Solo outdoor activities are encouraged. We just don’t want people socializing at the post office talking about how bad things are two feet away from each other.”

Bedford plans on tackling his projects — from the books to the boxes — while maintaining contact with family members through FaceTime as long as the quarantine is in effect.

Meanwhile, his brother and fellow Telluride resident Bo Bedford said he’s happy to be a guinea pig for the new testing methods and fully supports the shelter-in-place mandate.

While Telluride saw 6 inches of snow Thursday, he plans on busting out his electric bike as soon as the sun returns.

“This is all new to us,” Bo Bedford said. “These are unprecedented times.”