What sort of senator will Colorado’s John Hickenlooper be? 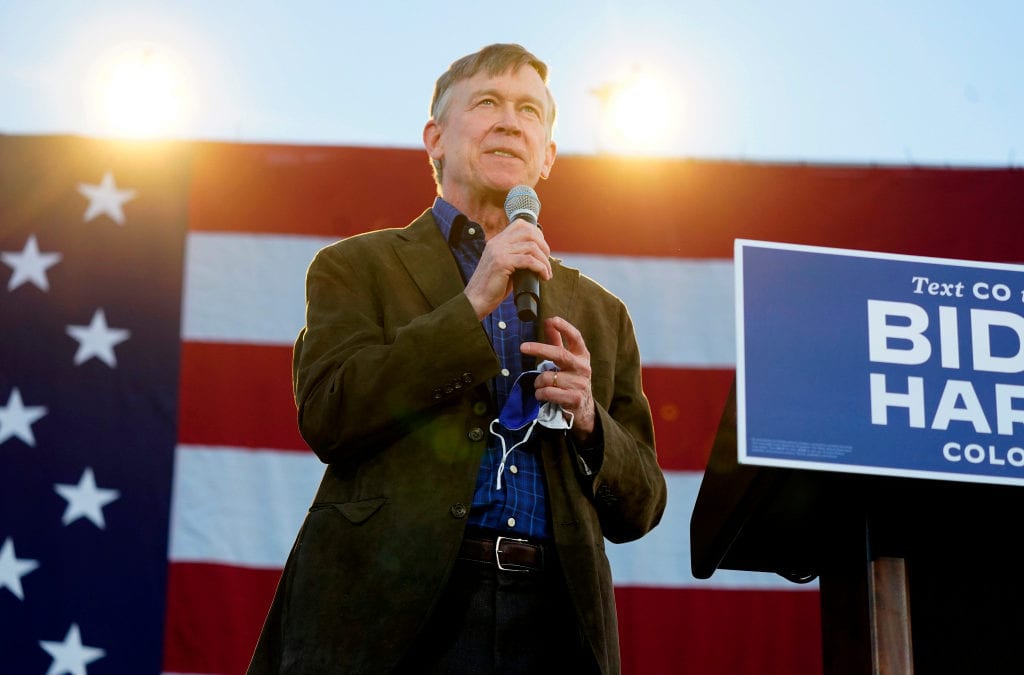 John Hickenlooper has never been a legislator and, before last August, had little interest in being a legislator, a job he believed he wasn’t cut out for. But in January he will become the 39th person in history to represent Colorado in the United States Senate.

People who worked with Hickenlooper when he was Denver’s mayor and Colorado’s governor, including three former chiefs of staff, say his legacy in the Senate is more likely to lie in coalition building than in major legislation or a rise to leadership. Hickenlooper, a Democrat, has routinely told skeptical interviewers and crowds that he can bridge the deep partisan divides of the Senate.

“John’s going to come to the job with confidence about where we need to head, and I don’t think he’ll get pushed around or intimidated by people that are bad actors or malevolent actors and cynics,” said Sen. Michael Bennet, who was Hickenlooper’s chief of staff at the mayor’s office.

Doug Friednash, a chief of staff to Hickenlooper when he was governor, said his former boss has been unfairly chastised for believing he can work well with Senate Majority Leader Mitch McConnell, a Kentucky Republican.

“That’s not some ginned-up idea that they fed to him from some focus group. That’s just who he is. I could see John resurrecting a Gang of Eight,” said Friednash, referring to a bipartisan group of senators who worked with some success on immigration reform in 2013. Bennet was a member.

Hickenlooper, who turns 69 in February, will be one of the oldest elected freshmen in the history of the Senate. Among the few who joined the upper chamber at his age, even fewer served more than a single term, and Hickenlooper has said he doesn’t plan to stay long. As he told Vox in September, “I’m old enough, I’m never going to get seniority, I’m not going to be fighting to be the chair of a committee.”

“I’m going to be that foot soldier in the trenches that takes the time, weeknights, and weekends to build relationships with people in my party and the other party, and really find out where are those places” for compromise, he said then.

“And I think you have to look at Appropriations because that determines where the money goes. I’d also look at Foreign Relations. If you look at what has happened in American foreign policy, our president has betrayed our allies and betrayed the national interests of America,” he said then.

As of Friday afternoon, it still wasn’t clear whether Hickenlooper’s party will be in the Senate majority or minority next year, though the latter appears more likely. Hickenlooper woke up Wednesday as Colorado’s senator-elect but disappointed by Democratic losses in other Senate races across the country. With 60 votes needed to pass most legislation, bipartisanship is a necessity in the upper chamber, regardless of party control.

“The Senate is a peculiar place,” said Bennet. “It’s a place where one senator can do a tremendous amount of damage; one senator can hold everything up. But it’s also a place where unusual coalitions of people can come together and overcome the intransigence and the special interests that are inlaid around the place.”

Roxane White, another former Hickenlooper chief of staff, said that while Hickenlooper has never been a legislator, he was closely involved in legislation and budgets when governor and mayor. He knew whip counts, knew who his allies were, and wasn’t afraid to work the phones to win over holdouts, she said.

“It’s a different world for him, but it is not an unfamiliar world,” White said of legislating.

Hickenlooper’s tenure will be watched skeptically by progressives, who have been annoyed with the moderate Democrat at times in his political career. Lizeth Chacon, executive director of the Colorado People’s Alliance, says her group has worked successfully with Hickenlooper before on issues such as a minimum wage hike but will lobby and protest if they feel he’s siding often with corporations.

Hickenlooper’s tenure in the Senate will be shaped by his unfailing belief in bipartisanship, a desire to blend his moderate Democratic politics with that of Republicans. Whether he will be successful at it remains to be seen.

“One thing I’ve learned since I’ve been there is, there are 100 ways to be a senator, and people approach the job in very different ways,” Bennet said. “Some are infuriating ways and some are unproductive ways, but some are productive.”