What is millet, and why is so much of it grown in Colorado? 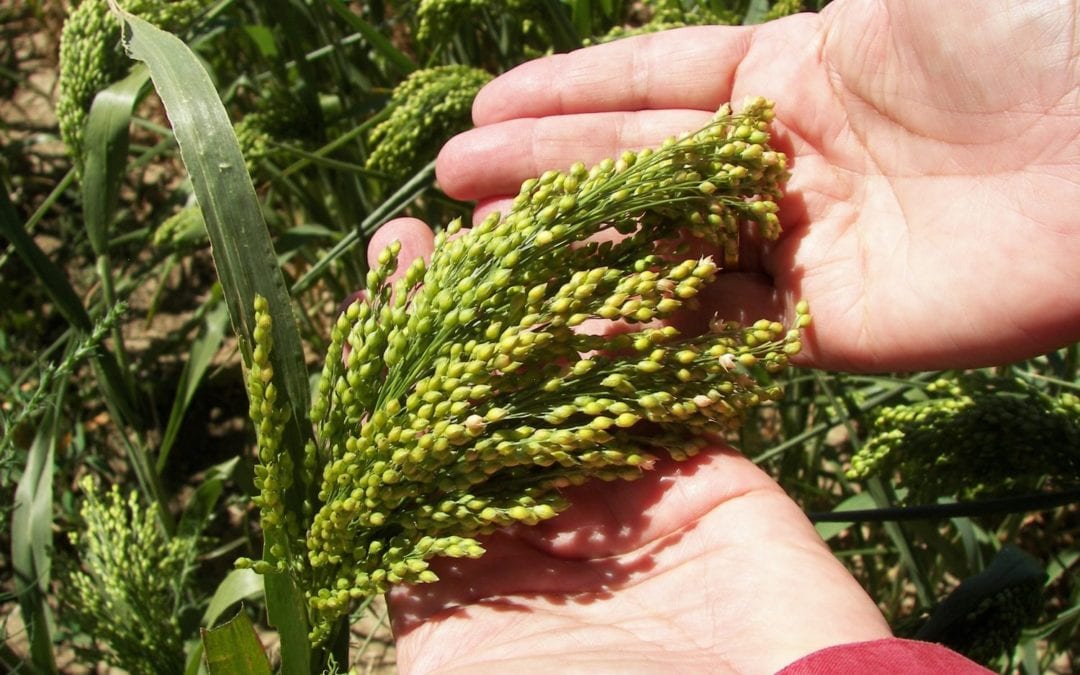 That was the 10-word review my husband gave the crispy millet tater tots from Boulder-based RollinGreens that I had just pulled out of the oven.

It’s not an unusual response. Though Colorado grows more than half of all the millet in the United States, the seed remains foreign to many, often overlooked in favor of other trendy superfoods like quinoa, chia seed and flax.

“I feel like millet is an unsung hero,” said Andy Clark, owner of Moxie Feed & Seed in North Boulder and Moxie Bread Co. in Louisville. “It’s a familiar word and a familiar item, but it probably doesn’t get the attention it deserves.”

Millet has been a staple crop in Africa and Asia for centuries. Foxtail and Proso millet (the latter of which is Colorado’s focus) have been domesticated in China for around 10,000 years. The grain didn’t arrive in Colorado until the late 1800s when it was grown for livestock feed. Around the 1960s, “as people started feeding birds, millet was a preferred bird food,” said Ron Meyer, an extension agronomist at Colorado State University.

It wasn’t until the last five or so years that American consumers really started to pay attention to the ancient seed as something other than pet food. As healthy eating and gluten-free diets have become more popular, so has millet because it is naturally gluten-free, easily digestible, high in fiber and magnesium, and is a source of protein. (Whole Foods Market’s popular Seeduction Bread, which incorporates millet, has been available for a decade.)

“We went from a primarily birdseed-only market … to a food market,” Meyer said.

Millet, which is grown primarily in eastern and northeastern Colorado, does well in Colorado’s tough climate. It tolerates our high-PH, low-organic-matter soils and enjoys our warm days and cool nights. Plus, it’s drought-tolerant.

Still, millet remains a minor crop, with only about 340,000 acres devoted to the seed in Colorado. In comparison, Kit Carson County alone devotes 300,000 acres to wheat. Most farmers who grow millet do so as part of a healthy crop rotation, not as a primary product.

Golden Prairie, a family farm in Nunn, is among them. President and owner Jean Hediger started growing organic millet more than 15 years ago because she needed a spring crop. That decision has been good for her land and for her pocketbook. Sales of millet have actually risen during the pandemic as consumers seek shelf-stable and bulk options.

Today, Golden Prairie is one of the largest distributors of organic millet in the country. Locally, its millet can be found in the bulk food sections of natural grocery stores across Colorado, including a number of Natural Grocers locations.

Eric Skokan, the chef-farmer behind Black Cat Organic Farm, views millet as a “win-win” crop. It tastes good, so he can both utilize it in his restaurants and sell the ingredient directly to consumers, plus it helps keep his land nourished.

“Instead of basing a cuisine on foods that don’t grow well in Colorado, why not elevate the things that are a really good fit for our climate here?” he said.

Moxie’s Clark is developing a Rocky Mountain seed blend that includes millet from CleanDirt Farm in Sterling, native corn, sunflower seeds and more. It will be available for sale at both locations later this month. Consumers also can purchase organic Colorado millet to cook at home.

Some chefs are also incorporating the locally grown ingredient into their menus. Samuel McCandless, executive chef at Arcana, added millet to a marinated vegetable and quinoa dish, as well as in the restaurant’s cornbread. Skokan, who is also the purveyor of Black Cat Farm Table Bistro, expects to add some millet dishes after he harvests it in late summer. He may sell some at his farm stand, too.

Even local breweries are seeing the benefits: Some of the gluten-free offerings from New Planet Beer and Holidaily Brewing Company are made with millet.

With more people cooking at home — and experimenting with new-to-them ingredients in the face of picked-over grocery store shelves — now is a fitting time to give millet a taste. But what exactly should you do with the grain once you have it?

Clark and RollinGreens’ co-founder and CEO Lindsey Cunningham both recommend a millet-based porridge. Though it cooks like rice, the seed doesn’t hold its shape the way quinoa does; it has more of a fluffy texture. For a savory lunchtime meal, Clark recommends cooking millet, amaranth and quinoa with toasted sesame oil, garlic, chili flakes and cumin.

Skokan likes to prepare millet skillet cakes. He cooks the seed, lets it cool, adds whole eggs and finely diced vegetables “to make a thick, mashed potato- or porridge-like mix,” and then forms them into cakes and crisps them up. He suggests pairing the discs with smoked or grilled meats.

For a sweeter treat, Skokan grinds the raw grain with cocoa nibs, butter and sugar in a food processor and then presses the mixture into a crust. Layer it with chocolate pudding or cheesecake for a healthy(ish) dessert.

Or, just turn on the oven and leave the cooking to someone else. RollinGreens’ three flavors of Ancient Grains Millet Tots can be found in the frozen food aisle at grocery stores across Colorado or purchased online from the company’s website. The recipe was a customer favorite at Ryan and Lindsey Cunningham’s namesake (and now retired) food truck.