What Colorado is getting right about reopening – POLITICO 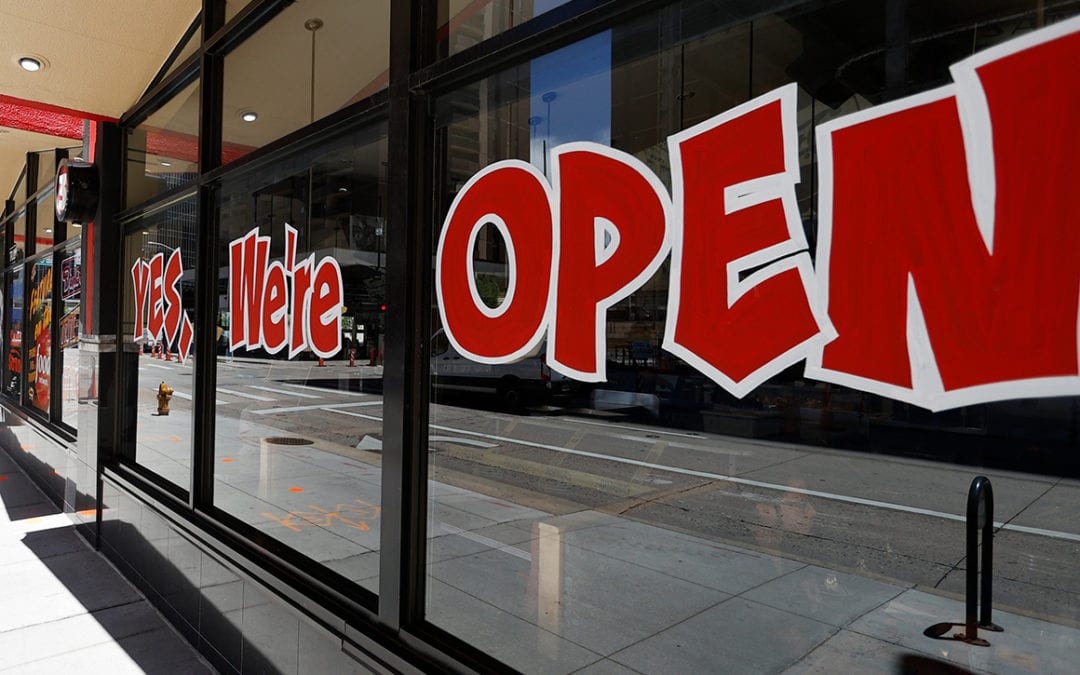 Sure, the economy’s shown some positive signs recently, with a spike in retail and lower-than-expected unemployment. But that good news may be fueled by the government’s massive coronavirus relief measures — some of which are set to expire soon.

Polis has balanced libertarian sensibilities with public health doctrine since issuing a statewide stay-at-home order on March 26 following a burst of cases. His “safer at home” reopening, which even drew praise from President Donald Trump, was more like a tiptoe than a march: Dine-in service at restaurants didn’t begin until May 27. Gyms and pools only followed at limited capacity this month. And bars and residential summer camps can only begin operating at limited capacity this week.

That’s in contrast to Utah, which never imposed a stay-at-home order and where gyms and dine-in service began on May 1. The average number of new infections has roughly doubled there since the beginning of this month. In Arizona, where casinos, restaurants and gyms opened by mid-May, hospitalizations are up 40 percent since June 1 and the health department recently told hospitals to “fully activate” emergency plans.

“We’re only a few steps ahead of this virus,” Polis said this week. “We can’t let good news give us a false sense of security. We see some of our neighboring states, Arizona and Utah, moving the wrong way.”

The state’s biggest trouble spot in recent weeks was Boulder, where a spike of about 30 cases was recorded after a series of parties involving University of Colorado students. But there’s concern that the state caseload could surge if people who travel back and forth across state lines bring the virus with them.

Public acceptance of restrictions during reopening has notably varied by state, however.

An early and alarming surge of cases in mountain communities and in Denver in March may have scared many Coloradans into wearing masks and observing social distancing, said Lindsay Keegan, an infectious disease expert at the University of Utah.

That’s a contrast to Utah, which felt the pandemic much later and where public health officials are now pleading with residents to get on board. A recent Salt Lake Tribune poll found that 35 percent of Utah residents said they always wear a mask in public, a cohort that dropped to 26 percent among self-described conservatives.

“People think, ‘There hasn’t been an outbreak so I can get back to socializing,’” Keegan said. “In Colorado, they saw what can happen so people are being a little more cautious.”

A spokesperson for Utah Gov. Gary Herbert said officials there would like to see more people wearing masks but do not believe that factors like open restaurants and gyms are driving the current spikes. Angela Dunn, the state’s epidemiologist, has said most cases are being spread at work.

Polis’ stay-at-home order is credited with discouraging unnecessary travel in the sprawling, geographically diverse state and tamping down disease spread once the first outbreaks were contained. That was especially important in areas that could have been swamped by a surge of skiers and tourists.

“The earlier you put in your stay-at-home order the more likely you are to have a better outcome,” said David Bortz, a mathematical biologist at University of Colorado Boulder and a member of the state’s Covid-19 modeling team.

Coloradans’ relative fitness also likely played a role. The CDC ranks it the least obese state in the nation, meaning there are fewer people with underlying health conditions who could make them especially susceptible to the virus.

There are other demographic factors distinguishing states in the region. Arizona’s big prison population has exacerbated the effects of the pandemic there. Last week, Maricopa County officials said 313 inmates tested positive in the jail, up from 30 the week before. The Eloy Federal Contract Facility, an immigrant detention center about 45 miles north of Tucson, is also in the midst of an outbreak, and has the second-most confirmed cases of any ICE facility in the nation.

“Those are populations that seed the rest of society,” said Nina Fefferman, associate director of One Health Initiative at the University of Tennessee, Knoxville. “Those can drastically impact the progress of an epidemic.”