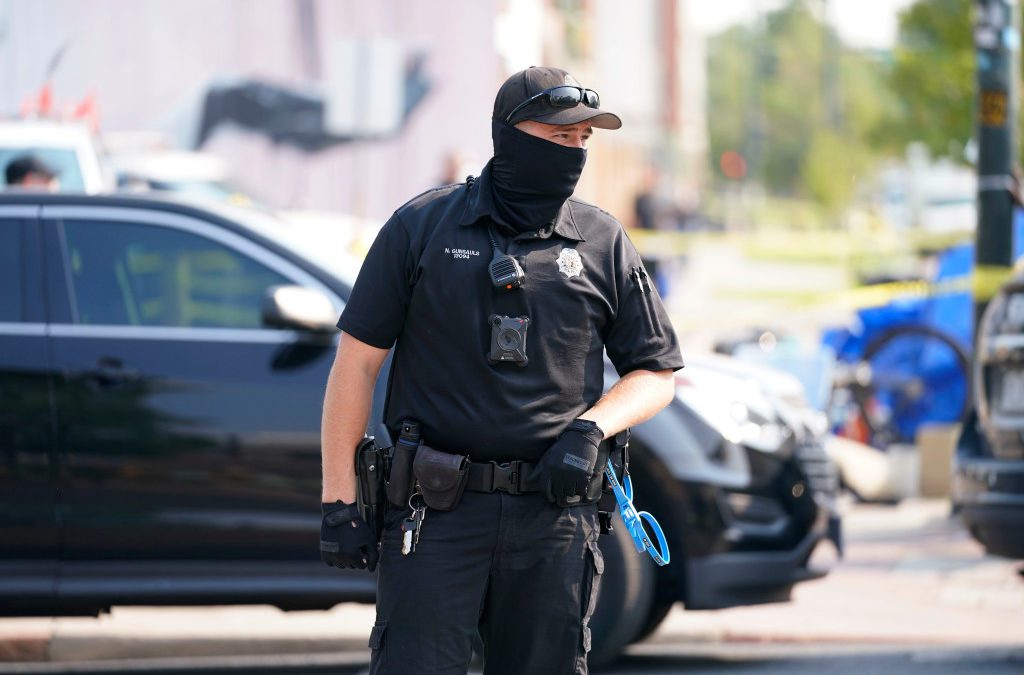 One of the most accessed bills on the state’s legislative site this year is SB21-62, which seeks to force police to ticket people more and arrest them less as means of lowering the state’s jail population.

Lawmakers’ inboxes and social media accounts are flooded with comments, and the policy has been debated in countless newspaper columns and on talk radio. A March committee hearing ran about six hours.

To hear opponents tell it, the bill will let dangerous crimes go virtually unpunished and exacerbate an existing pandemic crime spike. Proponents say that argument is based on misinformation and that the bill would help sheriffs who for years have complained about jail overcrowding.

At this point, Democratic lawmakers are considering killing the bill altogether and rebooting it with a new bill number and title, thinking a fresh start — plus some amendments — might calm tensions.

What would the bill do?

Colorado law enforcement officers could no longer arrest people who are suspected of committing a range of crimes, including traffic, municipal and nonviolent misdemeanor crimes, like theft of a low-value item or obstructing a peace officer. Instead, police would issue a court summons.

It also initially applied to the three lowest levels of felonies in the state: Class 4, 5 and 6. But the bill’s sponsor, Democratic Sen. Pete Lee of Colorado Springs, has agreed to remove Class 4 as part of a forthcoming amendment package (more on that below).

include theft of property valued between $2,000 and $5,000, unlicensed practice of a wide variety of professions, bigamy, illegal computer hacking, falsely reporting a bomb threat and impersonating a cop.

Law enforcement associations and other opponents of the bill argue that crimes that don’t physically hurt people (like property theft) can harm them in other ways. Ultimately, they say, the bill will let some criminals walk.

Lee, however, says it’s not about letting people get away with crimes.

“So many of the offenses which officers arrest people for are not offenses which demonstrate that person is a threat to do harm in society,” he argues. He pointed to George Floyd, who was accused in Minneapolis of using counterfeit money — a Class 5 offense in Colorado — prior to being killed by the police almost a year ago.

“Why wouldn’t they just give him a ticket? A summons?” Lee said.

Exceptions to the bill

Though this bill would lead to fewer arrests, it does leave fairly broad discretion for officers. They can still arrest people suspected of crimes that fall under the state’s , such as manslaughter, assault, child abuse and vehicular homicide, even when those crimes are classified as Class 5 or 6 felonies.

Other exceptions exist for people who’ve convicted of driving under the influence in the past year, and in any instance where an officer believes a suspect poses a public safety threat or must be arrested in order to thwart additional crime.

Law enforcement officials have argued it’ll be confusing to balance the bill’s requirements with built-in discretionary tools, and force officers to make snap judgments. It’s one reason most sheriffs oppose it, said Boulder County Sheriff Joe Pelle, who has been collaborating on the policy for about a year and takes a neutral stance on it.

There are flaws in the bill, he said, but it’s also widely misunderstood.

“People need to read and understand details and not everybody has the patience for that, and of course emails get spun up and get sent around,” he said.

Lee said that snap judgments are a major part of police work already. Other supporters of the bill have argued that the bill won’t create confusion but offer more certainty, since it eliminates the option of arrest in many instances.

The number of people in Colorado jails rose by about 800% between 1970 and 2017, disproportionate to overall population growth. The pandemic kept more people from being put behind bars primarily because cops issued more summonses and judges set lenient bonds to keep people out of jail before trial.

Data show that more than half of people in Colorado jails at any one time have not yet been convicted, and that’s usually because they cannot afford to pay their way out.

The bill would ban judges from requiring someone suspected of the aforementioned crimes from having to pay bond before being released pretrial. The exception? When the court “finds the defendant will flee prosecution or threaten the safety of another and no other condition of release can reasonably mitigate the risk.”

Would this bill create more crime and less accountability?

That depends upon whom you ask. Police and elected officials who testified against the bill in March pointed to various crime spikes they’ve seen during the pandemic — auto theft up 71% in Aurora and arson up 50% in Steamboat Springs.

But many of the crimes they say are spiking are not affected by the bill, which does nothing to limit police response to murder, sexual assault, domestic violence, gun violence, arson and more. Even so, opponents say they fear criminals would be emboldened by the knowledge that they wouldn’t go to jail for certain offenses, or languish there because they can’t afford to get out.

Colorado Bureau of Investigation numbers from the state’s largest counties, released in March by the ACLU of Colorado, show no clear evidence people commit more crimes when cops make fewer arrests and fewer people are jailed.

Pelle said it’s hard to read too much into those figures because “2020 is a whacked year.”

Lee has agreed to make several changes to his bill in the coming days, in large part to satisfy the concerns of fellow Senate Democrats. (He’s unlikely to win over any Republicans.)

The most significant change expected: removing Class 4 felonies and auto theft from the bill.

Lee is trying to win over votes without compromising too far, saying, “we can’t take all of the felonies out while still maintaining fidelity to the soul of the bill.”

Who backs and opposes this bill?

The bill was written by the ACLU of Colorado, a technically nonpartisan organization that is a driving force behind many criminal justice and policing bills that tend to be sponsored by Democrats. It is supported by Attorney General Phil Weiser, defense attorneys, a broad range of progressive criminal justice groups and district attorneys from Denver, Jefferson County and the San Luis Valley, among others.

The association representing the state’s district attorneys is notably neutral, as are several of the state’s largest victims’ assistance groups.

Will this bill become law?

The Democrats say they’re not sure whether they’ll kill this bill and start over. That’s under “serious consideration,” Senate Majority Leader Steve Fenberg said, who added he’s committed to passing the policy however that looks.

SB21-62 awaits its next committee hearing in the Senate, which was moved from a tentative date Friday to allow for further talks. If the bill, which appears to have a fragile majority supporting it,  gets out of the Senate, it would move to the House where Democrats’ advantage is greater.