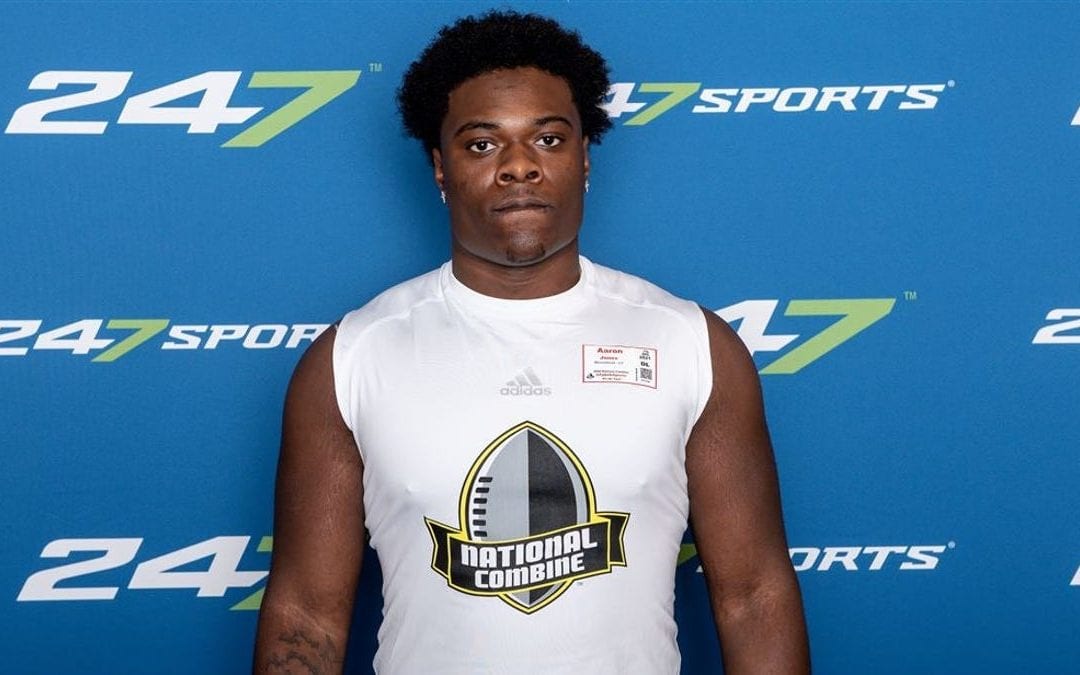 Aaron “AJ” Jones, a defensive lineman from New England who will play for his third high school football team in four years this fall, said over the weekend he would sign with Colorado State’s football program.

Jones, a 6-foot-2, 275-pounder, announced his decision on Twitter, using graphics provided by CSU of him wearing a No. 8 Rams’ jersey.

He is the second defensive lineman in the 2022 recruiting class to commit to CSU in the past week, joining Travis Bates from Tomball, Texas.

Jones played last season at St. John Paul II High School in Corpus Christi, Texas, after Connecticut canceled its high school football season because of the COVID-19 pandemic. Jones had played his freshman and sophomore seasons at Bloomfield High School in Connecticut, where he made 23 tackles for lost yardage, including six quarterback sacks, and 79 total tackles as a sophomore in 2019.

He transferred to St. John Paul II for the 2020 season and played well enough to earn third-team all-region honors from the Corpus Christi Times Caller newspaper.

Bates, 6-3 and 250 pounds, is entering his senior season at Tomball High School in Texas.

Jones and Bates did not have any star ratings Monday from recruiting services 247Sports or Rivals.com but both had other reported scholarship offers — Jones from Nevada and Sacred Heart and Bates from Pennsylvania.

The NCAA allowed college programs to resume in-person recruiting activities, including home and campus visits, June 1 after a pause of more than 14 months because of COVID-19 concerns.

The earliest either player could sign with CSU would be Dec. 15, the first day of the three-day early signing period.

NCAA rules prohibit coach Steve Addazio and others associated with CSU and its football program from discussing specific recruits until they have signed a letter of intent or financial-aid agreement.

Jones and Bates are the fourth and fifth known commitments for CSU’s 2022 signing class.

Contact Coloradoan reporter Kelly Lyell at kellylyell@coloradoan.com, follow him on Twitter @KellyLyell and find him on Facebook at www.facebook.com/KellyLyell.news. Support his work and that of other Coloradoan journalists by purchasing a digital subscription today.