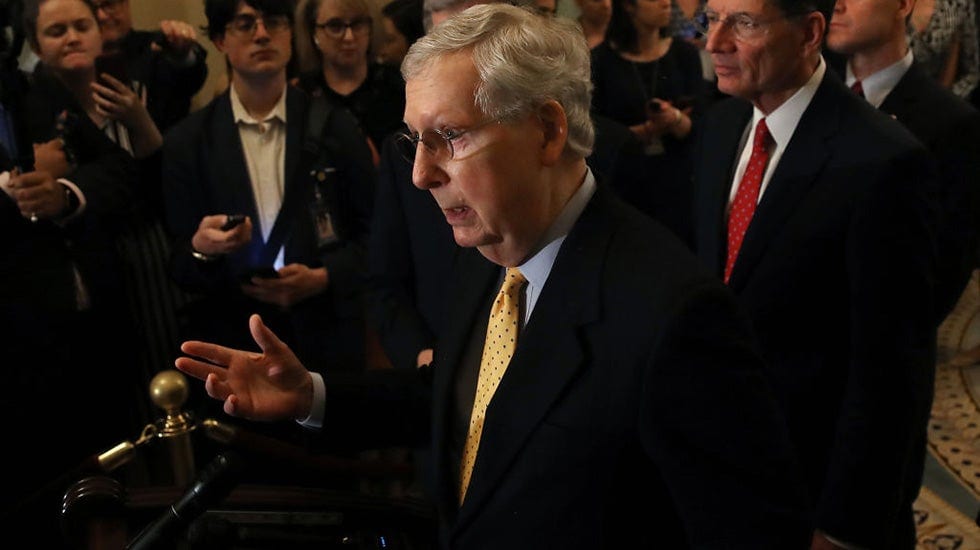 The U.S. Senate should be a place where elected leaders take bold action on behalf of the American people. Instead, it has become a graveyard where good ideas go to die.

Across America, people are struggling to pay for the cost of prescription drugs. Many live in areas without clean air and water. And too many are victims of gun violence and an economy that benefits the rich at their expense. For them, it’s a fight to make their voices and votes count.

In some cases, wealthy special interests have corrupted politics and rigged the system to their benefit. It’s time we stood together and demanded a democracy of, by and for the people.

That’s exactly what we are doing. The tide is turning — in Ohio, Colorado, Michigan and  Missouri, statewide races are competitive because voters there approved independent redistricting commissions. In Seattle, democracy vouchers are giving voters there more power. In Portland, Ore., a big campaign finance overhaul kicked big and dark money to the curb. Floridians voted to give ex-felons the right to vote. And 16 states have approved automatic voter registration, with more considering the policy.

We are at a tipping point for reforming our democracy.

It is a tipping point that the House of Representatives heard loud and clear. One year ago, they made their first bill in the 116th Congress, H.R.1, For the People Act. This package of reforms will do three big things: end the dominance of big money, protect the right to vote, and restore ethics and accountability to Capitol Hill. The message is clear: No more one-step approaches; the time to go big is now.

We Americans have been relentless in our pursuit of an open and fair democracy, and we should continue to fight for legislation to make sure this country can finally be one of, by and for the people.

The groundbreaking For the People Act will end the dominance of big money in campaigns by shining a light on large, anonymous political donors, tightening rules on super PACS and shifting political power to everyday Americans by empowering small donors. Under this legislation, Americans will have a shot at exercising their right to make their voices heard.

H.R.1 also protects the right to vote by expanding automatic voter registration and early voting, prohibiting voter purges and restoring the Voting Rights Act. And it will end partisan gerrymandering to prevent politicians from picking their voters. It also ensures that voters can decide elections without interference.

The legislation also ensures that public officials work for the public’s interest, not wealthy special interests. It does so by expanding conflict of interest laws and divestment requirements. It also slows the revolving door where legislators cash in to take well-paid lobbying jobs.

In short, the For the People Act gives everyday Americans more power in our democracy.

But, H.R.1 has languished in the Senate for the past year. So have bills to lower the cost of prescription drugs, amendments to protect our air and water, laws to reduce gun violence and proposals to create a fair economy. This obstruction and gridlock are why some people are losing faith in their government. Wealthy special interests oppose progress on the changes that many Americans want to see, and they appear to be winning.

Enough is enough. We know the problem. We know the solution: Sound the drum and demand the Senate pass the For the People Act.

Melissa Price Kromm is the director of North Carolina Voters for Clean Elections. Follow her on Twitter @MelissaAPrice.