We Need to Talk About Colorado’s Tragic Weekend 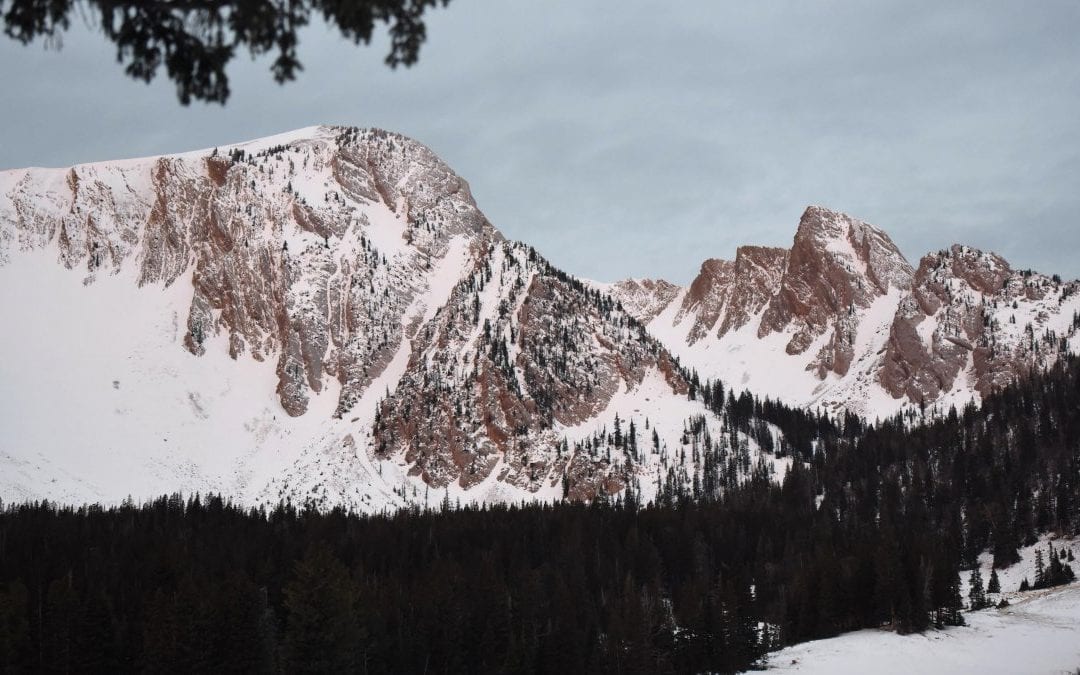 It’s not. It’s good policy not to weigh in on the specifics of avalanche accidents like slope angle, decision making, and cause of death until local avalanche centers and coroners compile their reports, and we’ll honor that here. But we know enough—and my reporting backs this up—to discard the premise that the Colorado victims were newbies. It would be hard to find three backcountry skiers with more experience.

There are hundreds of nuanced human and environmental factors in every avalanche death, but the commonality in Colorado’s tragic weekend is clear. All the skiers were skiing avalanche terrain during a highly suspect start to winter. Even in the Mountain West, with its notoriously risky continental snowpack that sees weak layers linger, early-season snowpacks can be especially deadly. This is true in the specific—Colorado’s avalanche risk was “considerable” at the time of the accidents and hasn’t been this sketchy since 2012, which saw 11 avalanche deaths in the state. And it’s also true as a generalization—any avalanche on a thin new snowpack will likely drag you over rocks, increasing the risk of trauma. While it’s not universally true, deeper snowpacks tend to be less volatile when it comes to persistent weaknesses. By insulating weak layers from wild temperature swings, physically distancing skiers from hitting hidden triggers, and mechanically crushing weakness from sheer mass, deep snowpacks can (sometimes; we hope) make for more predictable backcountry travel.

This is extra relevant right now in the Rockies. Brian Lazar, deputy director of the Colorado Avalanche Information Center describes the conditions: “We saw early snow in October, which is never good. That snow sat on the ground under blue skies and faceted”—think sugar snow—“quite dramatically. When we started to get snow again it put a slab on top of that weak layer. Now we’re loading those slabs with more snow and skiers and they’re quite reactive. It’s a once-in-a-decade type of instability.”

That sort of early-season snowpack isn’t conducive to skiing avalanche terrain. But year after year, more skiers are heading out into such environments.

Something has changed, not with the world outside, but with us. My personal history as a backcountry skier is kind of illuminating. Back in the 1990s when I started regularly skiing in the backcountry, my touring season didn’t start until winter had established itself. I liked getting my ski legs under me on-area in December and January as I tuned into local avalanche advisories, asked questions, followed the weather, waited for the snowpack to deepen, and built a “season history” of the snowpack. Maybe I’d head out the ski area gates and dig a pit before gliding back in or skiing some low angle snow. By February with the snowpack building to its apex, I’d gradually push into more consequential terrain as conditions allowed. That’s still largely how my Missoula friends and I approach the backcountry today.

That approach was never universal, nor is it universally correct. To be clear, outside the Rockies, or in good years within them, early-season snow isn’t always so suspect. And regardless, as long as skiers have been in the backcountry, people have skied early. (There’s a feature near Crested Butte called Halloween Bowl because it historically offered early-season coverage—and, on occasion, early-season avalanches.)  But what’s changed is that today we have more backcountry skiers, and, this is my distinction, more people who socially identify as backcountry-only skiers. That dynamic sets up two more: first, says Karl Birkeland, the director of the Forest Service’s National Avalanche Center, many of the low-angle and more predictable slopes closer to trailheads are getting crowded and tracked up. That pushes more experienced skiers to bigger more consequential terrain perhaps earlier than they traditionally would have. “We don’t have data to back this up,” says Birkeland, “but it’s my personal experience that people are going out to ski bigger objectives earlier than they used to. They’re skiing terrain that they used to wait until springtime for. I don’t know why that’s the case. But I think what we’re observing anecdotally is true. Maybe it’s because I backcountry ski with my daughters now and I’m more aware of it. Or maybe it’s our new reality.”

There are other factors at play. The risks of backcountry skiing are less discernible than other sports. Crash your mountain bike, get maytagged in a whitewater hole, or take a whipper rock climbing and the feedback is consistent. After a few mistakes you know the outcomes. But avalanches don’t work that way. We go out in March and ski an avalanche path. It doesn’t avalanche. We’re positively rewarded all month. Then we head out the following December and it slides, possibly with lethal outcomes. Our mountains and our minds are full of slopes “that never slide,” until they do.

Sarah Carpenter, an instructor with and the co-owner of the American Avalanche Institute attributes much of our backcountry decision making to this inconsistent feedback. “More users and social media also play a role,” says Carpenter, who teaches in Jackson, “but it’s the inconsistent nature of avalanches that have shifted up the risk tolerance of mountain communities. In the Tetons I like to say that ‘considerable’ is the new ‘moderate.’ The more you ski those conditions and terrain without incident [[,]] the more it skews your outlook.” Research backs this up, says Carpenter. If you ask an experienced backcountry skier and a beginner to gauge the slope angle by eye, crucial for identifying avalanche terrain, seasoned skiers will underestimate the pitch, and novices will overestimate it.

None of this is to say that self-identifying backcountry skiers need to adopt my approach to skiing. It’s easy for me to resist the call of early-season touring—I lost a friend to an early-season avalanche, and another friend was nearly paralyzed after crashing into early-season rocks—but I wholly understand the desire. As does the Colorado Avalanche Center’s Lazar. He’s from Carbondale and sees it as another mountain town thing. “It’s natural to want to transition from mountain biking directly to ski touring,” he says. “The muddy shoulder seasons can wear on you. You get pent up. But I think patience is prudent. You’d hate to end your season by hitting a rock.” Or, it goes without saying but should be written anyway, triggering a potentially fatal avalanche.

Foregoing your passion, though, is not the point of this story. Nor is it the message that the avalanche professionals I talked with wanted to relay. Once you’re confident you can avoid rocks and stumps, there’s no need to delay the season further. You just have to be deliberate in your decision making. “You have to pick the appropriate terrain given the conditions at hand,” says Birkeland. “Even in considerable or high hazard you can find low-angle meadows that are well clear of avalanche slopes. You can have a great day. And over time you can have a great season. The nice thing about avalanche conditions is that they eventually change.”

Our mission to inspire readers to get outside has never been more critical. In recent years, Outside Online has reported on groundbreaking research linking time in nature to improved mental and physical health, and we’ve kept you informed about the unprecedented threats to America’s public lands. Our rigorous coverage helps spark important debates about wellness and travel and adventure, and it provides readers an accessible gateway to new outdoor passions. Time outside is essential—and we can help you make the most of it. Making a financial contribution to Outside Online only takes a few minutes and will ensure we can continue supplying the trailblazing, informative journalism that readers like you depend on. We hope you’ll support us. Thank you.