“We need to get this under control now”: Colorado’s coronavirus test positivity rate rises above 5% 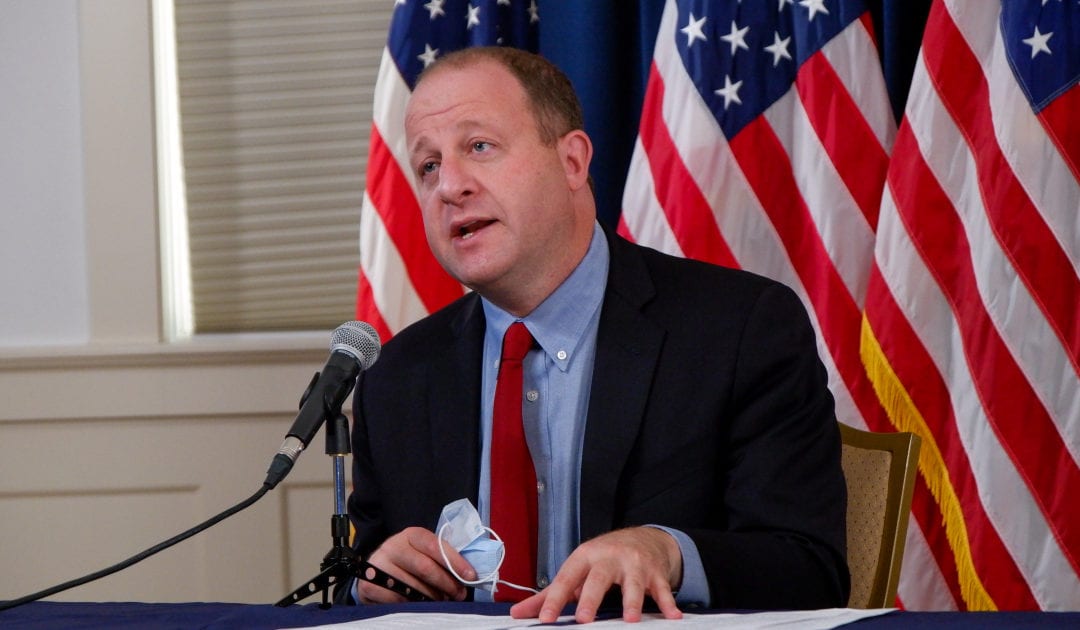 Colorado’s coronavirus test positivity rate has risen above 5%, an alarming surge that Gov. Jared Polis on Tuesday said means Coloradans need to take immediate action to slow down the spread of the disease.

“We need to get this under control now,” Polis said at a news conference at the governor’s mansion in downtown Denver. “We have to do better.”

Coronavirus hospitalizations, which were at 290 on Tuesday, are at their highest level since May. Colorado also passed 2,000 deaths directly caused by COVID-19 this week.

The World Health Organization says that test positivity rates above 5% suggest a need for restrictions on people’s movement.

Polis didn’t address a question as to whether he’s weighing whether to impose new mandates aimed at slowing the virus’ spread. Instead, the governor asked Coloradans to change their behavior to reverse the trend — go out less, put off gatherings, wear masks more frequently and ensure they are washing their hands as often as possible.

Polis said the if the current trend of increasing cases and hospitalizations continues, there will be major risks to Colorado’s economy and to people’s health.

The governor said the majority of Colorado’s new cases are in Denver and Adams counties.

“There are a few rural counties that have had spikes,” Polis said. “But they alone don’t push us above 5%.”

Polis applauded Boulder County for reversing its trajectory of rising cases stemming from an outbreak among students at the University of Colorado.

As of noon Tuesday, 18- to 22-year-olds in Boulder County are allowed to gather in groups of six. Just a few weeks ago, health officials banned any gatherings among that age group.

Jeff Zayach, executive director for Boulder County Public Health, said he believes that it’s possible for coronavirus rates to get low enough by next week, if residents continue to behave with diligence.

“We can’t give up on this,” Zayach said.

In a virtual briefing Tuesday, CU Boulder and county officials noted that most students have been helpful in complying with public health orders and best practices.

However, multiple large student gatherings occurred off campus over the  weekend, including a party at the Sigma Alpha Epsilon fraternity that reportedly included over 200 people. Zayach called the gatherings “very disappointing,” noting that these large gatherings “take for granted” students that are following public health guidance.

“We can’t have these things happening moving forward,” Zayach said.

So far, five students are under interim suspension as a result of the weekend gatherings while they go through the university’s conduct process. Officials said there may have been more instances that have not yet been referred to CU’s conduct process.

Dean of Students JB Banks noted that many students are struggling with adverse mental health as a result of being socially isolated, but they still have to follow public health orders.

“Please know your actions are critical,” Banks said. “Hang in there … we really are making progress.”

This story has been updated to correct that Gov. Jared Polis’ news conference happened on Tuesday.