We Must Isolate The Vulnerable, Gain Herd Immunity, And Put America Back To Work 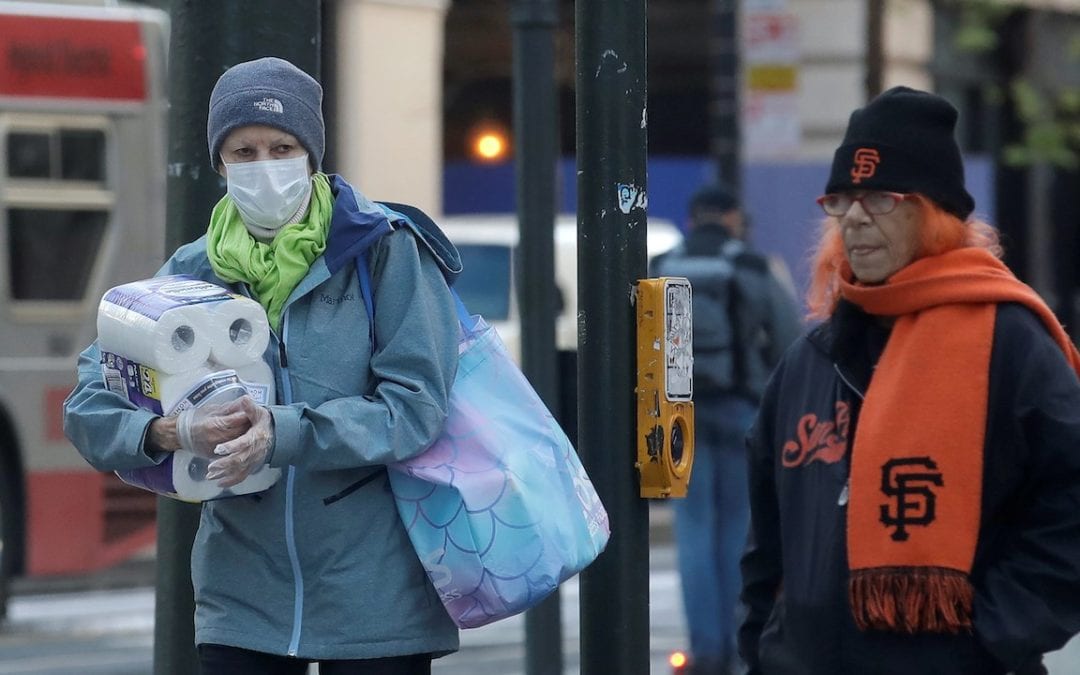 As (mostly) blue-state governors trip all over themselves trying to test the limits of what a real totalitarian police state would look like if their Bolshevik wet dreams ever came true, reasonable Americans wonder if the proscribed “cure” to stopping the Wuhan virus might, in the long run, be infinitely worse than the disease itself.

Leftists and even some big-government type conservatives have taken advantage of what they clearly see as a great opportunity to virtue signal on this issue, because nothing says “I’m a good person” better than a condescending tweet or pajama-clad quarantine video. ‘We’re saving lives,’ they say, so any action is justified. ‘SHUT IT DOWN,’ they implore all over Twitter. Yes, everybody should be taking precautions and no, nobody should be gathering in large crowds or partying it up on Spring Break at the beach, but New York, New Jersey, California, and others are taking things to the point of unworkable absurdity, and goading President Donald Trump and thus-far noncompliant red-state governors to join them on the tyrannical bandwagon – one that, in the name of saving a few, could end up sinking the entire ship.

But some are pushing back. Colorado Rep. Ken Buck, a member of the House Freedom Caucus, has been one of the few Republicans to criticize the president on this issue and call for a more “measured” response. “You don’t shut restaurants down for 30 days,” he said last week. “I have no problem with (stopping) sporting events or things that don’t impact our civil liberties and don’t impact everyday life. Those are things that I think we can suspend for a period of time. But it’s just craziness to shut down businesses or parts of the economy that are absolutely necessary.”

“We are in the midst of a panic that is creating irrational responses,” Buck said, calling the closures “an overreaction to a very serious situation” which is now causing “some serious civil liberties issues.”

In an article titled “Rethinking the Coronavirus Shutdown,” The Wall Street Journal’s editorial board posited last week that “No society can safeguard public health for long at the cost of its economic health.”

“Even America’s resources to fight a viral plague aren’t limitless—and they will become more limited by the day as individuals lose jobs, businesses close, and American prosperity gives way to poverty,” they wrote before calling for a strategy that’s “more economically and socially sustainable than the current national lockdown.”

In a normal recession, the WSJ argued, the country would lose around 5% of output over a year, but this crisis may cost “that much, or twice as much, in a month.” Scary stuff, but to seemingly most of those in charge at this point, the Chinese coronavirus is way scarier. Yes, the death toll has been relatively small so far, but if left unchecked hundreds of thousands, if not millions, could die, they tell us. Should the curve be successfully flattened, they say, we’ll save upwards of a million American lives.

But even if all that is true, and it may very well be, at what cost is this curve truly flattened? As Tucker Carlson noted last week, an epidemiologist – like Dr. Fauci – would tend to believe “the answer is simple: shut it down, close every public space until the virus passes.” Yes, we could do that, conceivably. It’s certainly what the left wants, although arguably for entirely different reasons.

The WSJ’s many supporters on Twitter included names like RNC member Harmeet Dhillon, economist Brian Wesbury, conservative writer Ann Coulter, former NBC host Megyn Kelly, Fox News host Laura Ingraham, and even NYT White House correspondent Maggie Haberman, all of whom were among many tweeting out the article and, in some way, wondering what we are doing to ourselves. Plenty were opposed, including the Daily Beast’s Sam Stein, who called it “an editorial that could not be more catered to the angst of the paper’s wealthy readership.” Third Way’s Mieke Eoyang ominously promised to “remember” the WSJ’s take. FAIR Media Watch called it “horrific.”

ProPublica president Richard Tofel accused the piece of ducking the “key choice, the emerging question will be whether the public health gain is worth the economic loss.” Indeed, the WSJ contended that this shouldn’t “become a debate over how many lives to sacrifice against how many lost jobs we can tolerate.” Though they mean well, that misses the point entirely. It’s not about simply lost jobs. It’s about shattered lives, shuttered businesses, and a looming second Great Depression that would, over the long haul, kill millions more Americans than the Chinese coronavirus ever could even if left unchecked.

Dr. David Katz, founding director of the Yale-Griffin Prevention Research Center, called for a more “surgical approach” in a New York Times op-ed published Friday. Instead of tanking our economy for everyone, Katz argues, why not focus on protecting those most vulnerable?

“This focus on a much smaller portion of the population would allow most of society to return to life as usual and perhaps prevent vast segments of the economy from collapsing,” he wrote. “Healthy children could return to school and healthy adults go back to their jobs. Theaters and restaurants could reopen, though we might be wise to avoid very large social gatherings like stadium sporting events and concerts. So long as we were protecting the truly vulnerable, a sense of calm could be restored to society.”

Evermore importantly, such an approach could very well end the threat for good as society develops a “natural herd immunity to the virus.”

“The vast majority of people would develop mild coronavirus infections, while medical resources could focus on those who fell critically ill,” writes Dr. Katz. “Once the wider population had been exposed and, if infected, had recovered and gained natural immunity, the risk to the most vulnerable would fall dramatically.”

It’s a solution recently advocated by Israeli Defense Minister Naftali Bennett, who called for a combination of herd immunity and isolating the most vulnerable as an effective way to fight the virus. Since most experts say the virus is going to pass through most of the population anyway, it may indeed be the ONLY way, that is unless we want to experience another Great Depression or turn into Zimbabwe through the hyperinflation that some proposed ‘solutions’ would cause.

Like it or not, our leaders must decide what defines an ‘acceptable’ level of exposure versus falling off an economic cliff, one that could result in far deadlier consequences over the long haul. Either way, there will be suffering. Either way, people will die. It’s not evil to point out the stark, brutal truth. Life is rarely fair, but it’s immensely more unfair to pretend there is no other sane choice than simply “shutting it all down.”