“We just did it”: Meet two Colorado women who answered the call to serve their country during wartime 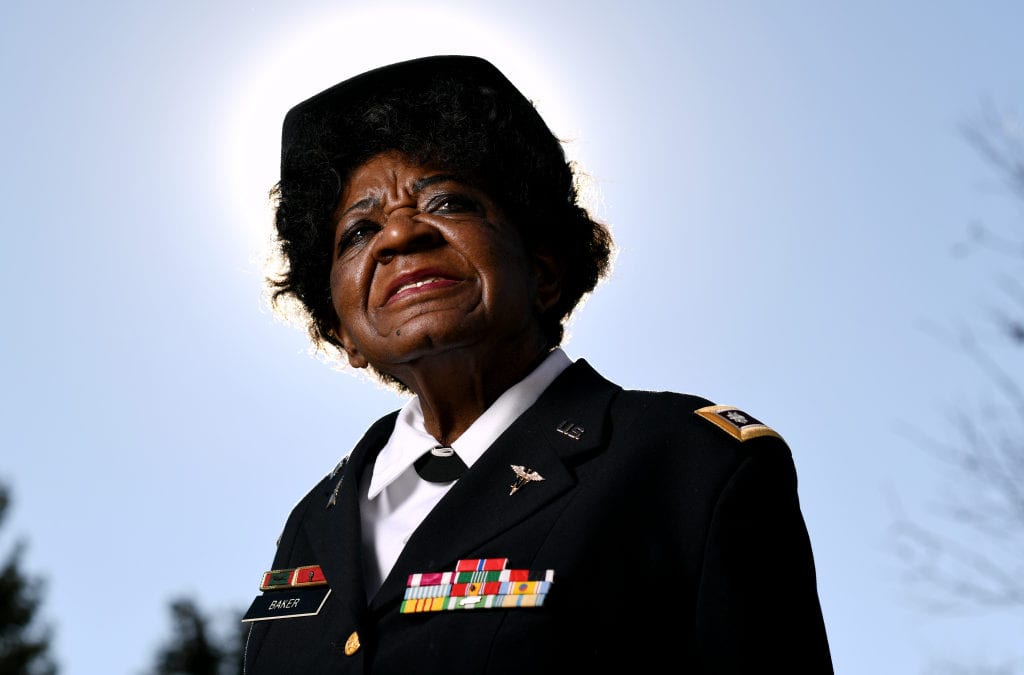 To hear Leila Allen Morrison tell it, she never felt scared even as gunfire erupted near her Army hospital tent in France in 1944 as she treated wounded soldiers.

“I made my peace with the Lord before I went. I knew if anything happened, which it could have, I was ready to give my life for our freedoms,” Morrison said. “I knew if I was working over a soldier and I was shaking and scared, he wouldn’t have much confidence in that nurse. I didn’t want to do that.”

And to Martha Baker, her work ordering supplies in an Army field hospital north of Saigon during the Vietnam War brought purpose to her already fulfilling life.

“Just to be able to see what we could do to make it easier for the nurses helping the patients… the better treatment prolonged their lives and gave them a chance to go home,” Baker said. “I just felt so useful.”

Those words describe two Front Range women, now in their 90s, who served as Army nurses and helped pave the way for other women to serve in all sorts of roles in the modern U.S. military. As Americans observe another Veterans Day, The Denver Post interviewed Morrison and Baker about their legacies and heroism — even though they don’t really call it that.

Beaton’s interest in women’s role in World War II developed as she taught history and realized textbooks didn’t tell the full story. She started interviewing women and those interviews led her to write the book.

“I was going to title my book ‘We Just Did It’ because that’s what they all said,” Beaton said.  “These women are so resilient and so humble. ‘It was a job to be done and we just did it. Everybody did their part and this is what I chose to do.’ It’s no big deal to them, but it is a huge deal.”

Morrison, now 98, joined the Army Nurse Corps in 1944 after hearing that more nurses were needed to go overseas to care for wounded soldiers. Her mother had died when she was a young child and her father passed away on her 20th birthday. Knowing she wouldn’t have parents at home worrying about her made it easier to go.

After finishing training, Morrison traveled by trains, ships and trucks until she reached a ship anchored off the coast of Omaha Beach in Normandy, France. The D-Day invasion was over but Allied forces continued fighting across Europe. She and the other new nurses swung their legs over the side of the ship and climbed a rope ladder into smaller boats that would take them to shore.

“No one fell,” she said. “We had been taught how to do that before we left the United States.”

From there, Morrison traveled with the 118th Evacuation Hospital as it moved with the fighting forces through France, Luxembourg and Germany.

“A lot of times we didn’t know where we were because we usually traveled at night,” she said. “It was complete blackout.”

They worked as gunfire echoed around. The shells from the German 88 mm Flak artillery cannons were especially powerful.

“When it would go off close to us and our tents, the top of the tent would go up… whooosh!” she said. “I’d think for sure, ‘The top’s going to blow off.’”

Nurses and doctors in her unit triaged wounded soldiers and prepped them to go to larger hospitals and eventually home to the United States. They used plasma to bring the injured out of shock so they would be ready for emergency surgeries, she said.

“The fellows were so nice,” she said. “They never complained. They were so thankful to see us.”

The most life-changing moment, though, came toward the end of her service after and Allied victory was declared in Europe.

Her unit, which had made it to the Czechoslovakian border, stopped near the Buchenwald death camp outside Weimar, Germany, to aid former prisoners. On the first day, only doctors went. Then the nurses were called to help people who were starving and sick. She saw rooms where the Nazis conducted medical experiments on Jews and the trenches where they dumped bodies.

And she saw the smiles of those who had been liberated.

In 1945, Morrison returned to the United States for a break with orders to deploy to Japan. But while visiting a boyfriend, news came that the Japanese had surrendered. She’d promised that boyfriend they would marry when the war ended. She and Walt Morrison were married for 65 years before he died 10 years ago. They raised three children in Iowa, and she worked as a civilian nurse until her retirement.

Today, Morrison lives in a senior citizen center in Windsor to be close to her son. She enjoys telling her story, and she’s not bashful to say, “Oh no honey, we couldn’t have won the war without the women!”

“I was so thankful to be able to do something and to help. We figured we saved a lot of lives,” Morrison said. “What more could you ask for than that? That’s a pretty big deal there, to be able to think you had a little portion in saving a life.”

The idea to join the military started with her co-workers at a tuberculosis hospital in New Jersey, Baker, 92, said. They talked about the Navy or the Air Force because the uniforms looked sharp. But the women ended up with Army applications in hand because that branch only required a one-year commitment. Baker ended up being the only one to sign up.

When she was commissioned as a second lieutenant in 1951, Black and white nurses were barred from serving in the same unit. The Korean War quickly changed segregation within the ranks but promotions remained hard to come by for Baker, a Black nurse.

At first, Baker earned promotions simply through longevity. After a long stint as a captain, she approached a nurse who was a lieutenant colonel to tell her she was ready for a promotion. Even though that nurse was angling for a promotion, too, she told Morrison, “You know, Captain Baker, a captain’s pay isn’t all that bad.”

“As a nurse, I was often bypassed for promotions,” she said. “It was subtle but it was there. I could tell.”

But Baker stuck with the military at the encouragement of her husband, Willard Baker, who also was an Army officer. They met in Germany and married in 1957 in San Francisco. He died in 1992 from cancer related to nuclear radiation exposure when he assigned to Camp Desert Rock in Nevada, she said.

“Someone would close a door and there was always someone on the other side who said let’s give her a chance,” Baker said. “There weren’t Blacks in position to help you. You had to depend on the white race.”

The couple was stationed in Okinawa, Japan, in 1970 when she received orders for Vietnam. She asked her husband if he would go, too.

“He said, ‘No. I will wear a flag on my lapel and put a star in my window that says I have someone in Vietnam.’”

She was assigned to a field hospital north of Saigon where wounded soldiers were brought for treatment. The injuries were horrific, Baker said, declining to go into detail about what she saw.

“We at the hospital saw the results of them having to fight,” she said. “It was just so sad.”

“On duty, I was able to do things where I could see or think I’m helping,” she said.

And, finally, awards and promotions came. Her first medal — one for meritorious service — was awarded in Okinawa nearly 13 years after she joined the Army. She retired as a lieutenant colonel, finishing her career at Fitzsimons Army Medical Center in Aurora.

After retirement, Baker went to work as a Junior ROTC officer in Denver Public Schools. Again, she faced obstacles because of her race and gender.

“They said you’re taking a position from a man, you don’t have children and you were only a nurse,” she said.

Again, she persevered, working 12 years in that role. Today, she delights when she runs into a former student. Baker said she wouldn’t change anything about her career and she would tell young people today that the military remains a solid career choice because of the skills it teaches.

“So many good things happened,” Baker said. “I have so much to be thankful for. Places I traveled. People I met. It’s just unreal.”