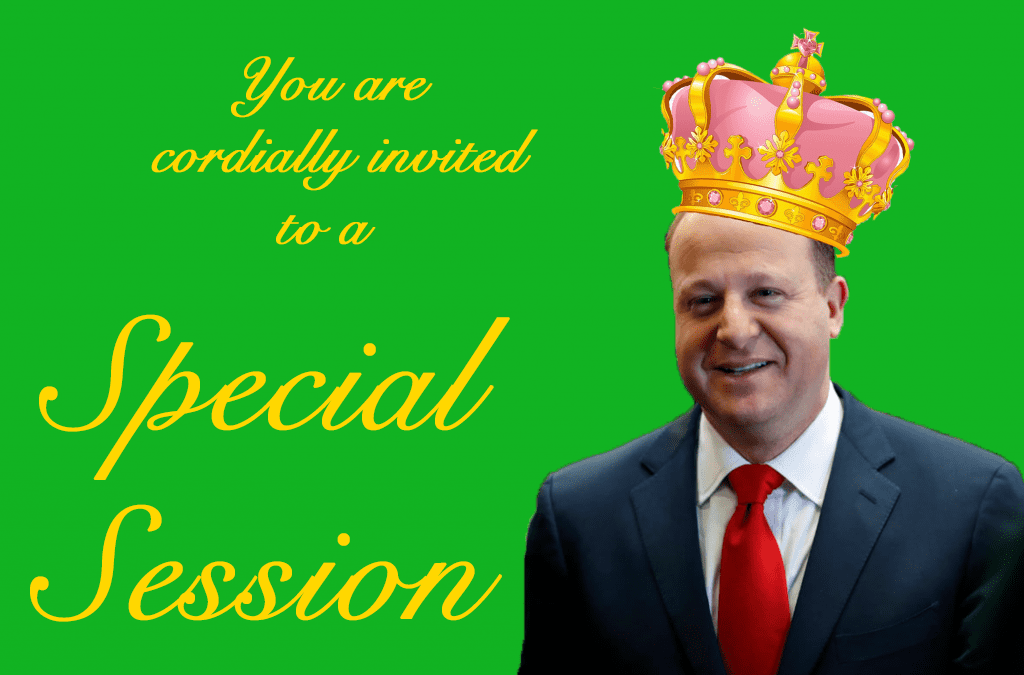 Gov. Polis hit a snag in his authoritarian rule after completely ignoring the duly elected state legislature for eight months so now he has to call a special session for lawmakers to approve his $1 billion plan to stimulate pork spending.

Polis isn’t sharing his rule so much as making sure Democrats are complicit in his phony baloney scheme to do nothing about COVID-19 except make death threats against grandma and blow a wad of taxpayer dough.

Here’s the statement Polis and Democrat leaders released Monday night about their plans:

“Legislative leaders and the Governor’s office have been having productive conversations on how we can step up to help provide additional relief to Colorado businesses and hardworking families during these challenging times. Coloradans continue to wait for Congress to act, but we are committed to doing what we can as a state.”

Federal dollars are available, Democrats just have to say yes.

But House Speaker Nancy Pelosipolis would rather see all Americans continue to suffer rather than accept any Republican offer of aid.

There’s not a whole lot of direct aid for individuals expected in Polis’s stimulus.

There’s about $5 million out of the $1 billion that might go for housing aid.

Democrats aren’t saying when they will call the special session.

That’s kind of tricky now considering the official line from the governor’s office is that celebrating Thanksgiving kills grandmothers.

Hearing from several different sources that Polis will be calling a special session. Let me get this straight…Polis says you can’t have thanksgiving but he can call 100 legislators from 100 different families together. #copolitics #coleg

They will likely wait a week of so after the holiday before giving the COVID all-clear.

Or, they could just wait a few more weeks until after the Christmas holiday when the legislature convenes anyway on Jan. 13.