“We can come out of this shadow”: Colorado immigrants look to Biden’s proposed policies for certainty 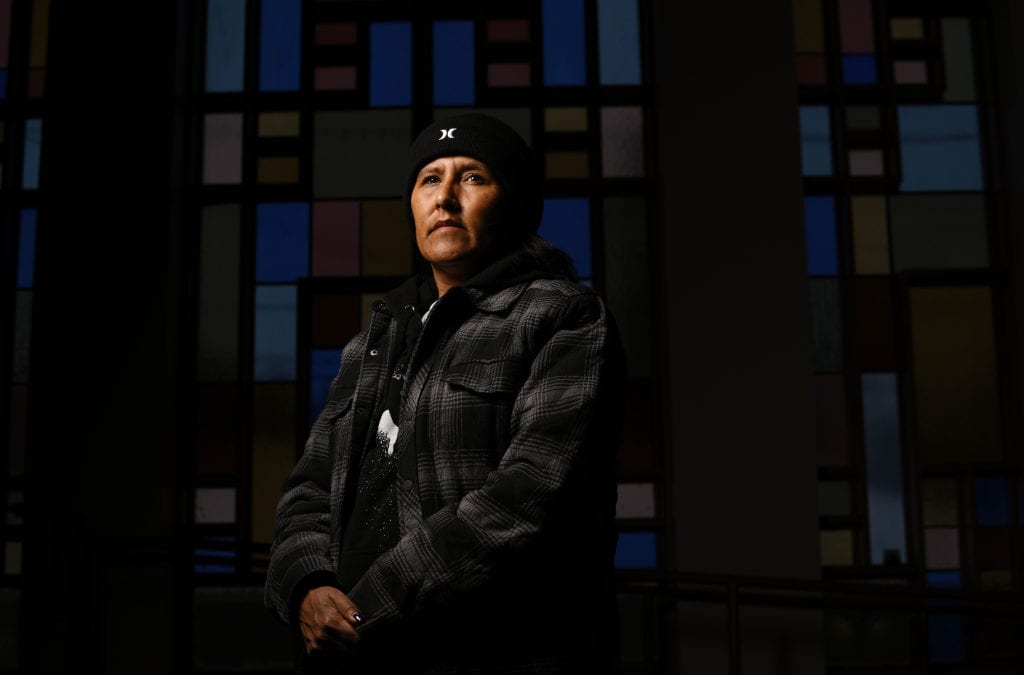 They had a plan, like most immigrants living in the country illegally, a way to protect their kids should they run into immigration officials.

The whole family — Juana who was about 8 years old at the time, her parents and her baby sister — were in the car, a few miles away from their home in Brighton. They neared a roundabout, seeing a lot of traffic in a part of town where it was rumored immigration enforcement had been.

Juana’s dad told his wife to get out of the car, take the girls and run. They made it to a parking lot where Juana’s dad later met them. It was a false alarm.

Juana, whose last name has been withheld at her attorney’s request because of her pending court case, immigrated to the country illegally with her family as a young girl. Her parents tried to protect her from worrying about her status, but the incident stayed with her. For years, she has lived in fear.

The Biden administration has given her hope, having voiced intent to make comprehensive changes to immigration policies, including through a legislative proposal that would include a pathway to citizenship. And already, the Democrat signed several executive orders: to end the U.S.-Mexico border wall construction, revoke former President Donald Trump’s policy that made almost anyone living in the U.S. illegally a priority for deportation and preserve the Obama-era Deferred Action for Childhood Arrivals program.

He’s also already tried issuing a 100-day moratorium on deportations for most immigrants who entered the country before Nov. 1, but a federal judge in Texas temporarily blocked it last week.

For many immigrants stuck in limbo, President Joe Biden’s plans signal a new era on immigration and even how immigrants are viewed in America.

“It was like, finally, we can do something,” said Juana, 23, who graduated from a medical assistant program in 2017. “We can better our lives, we can come out of this shadow we have been in for so many years. We can probably have our voice heard for once.”

Ming Hsu Chen, director of the Immigration and Citizenship Law Program at the University of Colorado Boulder, said it’ll be “important is to see how many of those pieces remain vision pieces … and how many of them can become a reality.”

Students, immigrants and impacted individuals marched to Tivoli Quad on Auraria Campus to defend the Deferred Action for Childhood Arrivals program during a city wide walkout and rally at Auraria Campus downtown Denver on Sept. 5, 2017.

Trump had hoped to end the DACA program, which allows young people who came to the United States unlawfully with their families as children to be temporarily shielded from deportation in two-year increments. Ultimately after legal battles, applications were severely restricted, and current “Dreamers” could apply for renewals only one year at a time.

Colorado has more than 14,500 Dreamers as of March 2020, according to the American Immigration Council.

Maria Morales, a third grade teacher in Denver Public Schools, is one of them. She came to the United States in 2007 with her family when she was 12 years old and she applied for DACA in 2012.

Morales, who grew up in South Carolina, remembers the questions she would get in high school, even from guidance counselors, about why she didn’t just “go back” to Mexico.

Go back where?” she’d ask. “I grew up here. I went to school here. And I want to continue being here.”

The DACA program allowed her to go to college, after which she joined Teach for America. But DACA’s fate over the last four years, and therefore her own, left Morales “filled with uncertainty.”

“Over the past nine years, I’ve been living my life in increments of two years after every renewal,” she said. “I have to think about, ‘OK, what am I going to do for the next two years,’ because I feel like I cannot plan for long term.”

Denver Mayor Michael Hancock, front, and supporters of the DACA program gather in front of the Denver City and County Building for Denver rallies to support Dreamers on Nov. 8, 2019.

It’s that same reason — planning a life — that has Miriam Espinoza, 19, of Aurora and her 17-year-old sister, applying for DACA.

The young women are currently in deportation proceedings due to an error by a former attorney, their lawyer said. But, because they are eligible — Espinoza was 4 years old and her sister 2 when they came to the U.S. from Mexico — Espinoza hopes she will be able to participate in the program so she can go to nursing school.

“I feel like since I’ve lived here my whole life, this has become my home, and so I feel like I really hope that DACA works or that there’s a different pathway (to legal status), because I know many people that are in my situation or the situation of my family would also benefit from that as well,” she said.

Her immigration attorney, Hans Meyer, commends Biden’s proposals, but acknowledged it won’t be easy to undo years of policy decisions.

“What we’ll find out is, is the Department of Homeland Security going to walk the walk that Biden talks? That will be the litmus test,” Meyer said. “Miriam’s the perfect witness test, to see whether or not we are actually going to see an agency that can be reformed.”

Immigration and Customs Enforcement officials in Denver declined an interview to discuss Biden’s plans, directing questions to the White House. ICE did say in a statement that it continues to make determinations about taking people into custody on a case-by-case basis, in accordance with the law.

While the executive orders have brought comfort to some immigrants, others who have sought sanctuary in churches are not ready to leave just yet. That’s because none of Biden’s proposed policies directly address those in sanctuary who already have deportation orders.

It also doesn’t stop people from getting detained, said Jeanette Vizguerra, who has been in and out of sanctuary, most recently for nearly two years at First Unitarian Society of Denver.

“I always follow my intuition and my intuition never fails me, and I knew something like what happened (last week) was going to happen,” she said of the Texas judge’s order, through a translator.

On Friday, the Democrats in Colorado’s congressional delegation wrote to the president asking him to lift deportation orders for Coloradans living in sanctuary.

The 48-year-old mother of four is a vocal activist for immigration reform and even took the risk of leaving sanctuary earlier this year to go to Delaware, Biden’s home state, to ask him before the inauguration to make changes.

Although she did not meet with Biden, she believes he wants meaningful change, and for that to happen, “the community needs to stand behind him and support him,” “not … put all of the blame on him, but to also push on our Congress.”

The policies are not just theoretical — they rip apart families and put people’s lives in danger, Vizguerra said. Tearing up, she slips into English, saying the hardest part of her time in sanctuary has been “not living together with my family.” Her kids live with their dad in Denver and visit her on the weekends and some evenings.

In this Jan. 20, 2021, file photo President Joe Biden waits to sign his first executive order in the Oval Office of the White House in Washington. As one of his first acts, Biden offered a sweeping immigration overhaul that would provide a path to U.S. citizenship for the estimated 11 million people who are in the United States illegally. It would also codify provisions wiping out some of President Donald Trump’s signature hard-line policies, including trying to end existing, protected legal status for many immigrants brought to the U.S. as children and crackdowns on asylum rules.

A 25-year-old Fort Morgan resident’s life depends on Biden following through with his plans.

Eulalia, whose full name is being withheld at her request because of fear of deportation as her case goes through the court system, arrived in the U.S. in 2018. Her husband was already here and had planned to stay temporarily, but her family was being threatened and extorted for money in Guatemala.

“I had no desire to leave my country and leave everything behind,” Eulalia said through a translator. “But I had no choice.”

She and her husband, separately, presented themselves at the border when they entered the U.S., were detained and released under asylum proceedings.

Seeking asylum in the U.S. is legal. However, a 2019 Trump administration policy forced more than 65,000 asylum seekers to wait in Mexico for court hearings — a practice the Biden administration halted.

Eulalia said she’s been waiting three years for a hearing date. Plus it’s hard to fully understand what’s happening with the case, and legal help is expensive. She regularly checks in with immigration enforcement.

But she knows if her asylum request is rejected, she could be sent back to Guatemala and separated from her four kids.

“I’m afraid every single day what’s going to happen when the pandemic is over,” she said, “because one of the last check-ins they had, they asked me for my passport and my children’s passports. And usually when they do that, it means they are closer to taking some kind of action against you.”

During one of their last check-ins, her husband was detained for three months, she said. She wasn’t working and was seven months pregnant. Some days, they didn’t even have enough to eat. Eulalia’s husband, who now has a work permit, was released in December.

“We deserve a chance and opportunity,” she said, “and that’s all we’re asking for, the benefit of an opportunity.”

“We deserve a chance and opportunity,” she said, hopeful for a positive result after years of limbo, “and that’s all we’re asking for, the benefit of an opportunity.”