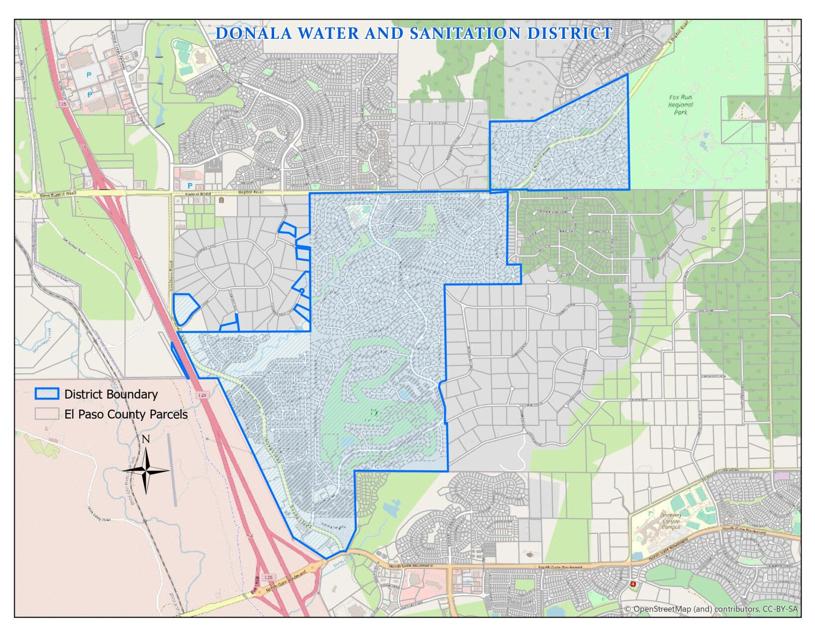 A drinking water provider for about 6,000 residents just north of Colorado Springs is planning to use chemicals to help remove radium contamination in excess of the federal limit.

Radium is a naturally occurring substance in the Denver Basin aquifer system that can increase the risk for cancer over a long period. The human body stores radium in the bones, similar to calcium, where it will continue to give off radiation, so it’s important to limit exposure, said Sydney Evans, a science analyst for the Environmental Working Group, a national nonprofit that advocates for clean drinking water and other public health issues.

Donala exceeded federal limits for radium in June and is working on a solution to remove the contamination, General Manager Jeff Hodge said. The plant where the contamination was found is working to get new treatment processes in place, he said. It is producing 300,000 to 500,000 gallons of the 3.2 million gallons Donala provides in a day, he said.

The radium could be treated with a chemical that will make the radium large enough for existing filters to remove it from the water and keep the wells in use, he said.

“Our job is to take those solids out. … Our job is to make sure everybody knows their water is safe to drink,” Hodge said.

The chemical treatment is not expected to add significant costs to residents’ bills, he said. The utility’s goal is to get the radium levels down to 1 or 2 picocuries per liter or remove it entirely.

Evans and her group advocate for utilities to meet the public health goal of .05 picocuries per liter of radium to protect residents from long term health risks. Children in particular need to be protected because of their small size.

“They are getting a larger exposure,” she said.

Naturally occurring radium has become more of a problem in the Denver Basin groundwater in recent years, Hodge said. For example, the town of Monument is spending $1.5 million on a new filtration system, lab space and a building to treat one of its radium-contaminated wells.

Donala is working to reduce its dependence on groundwater by purchasing more surface water that can be delivered via Colorado Springs Utilities lines. The utility would like surface water to represent half to two-thirds of its water supplies, Hodge said.

The utility may also drill two additional wells in the next 18 months to two years to replace aging wells that are producing less water, he said. However, there are no guarantees that the new wells, likely to cost $1 million to $2 million each, won’t have radium contamination.

Residents can install their own reverse osmosis or ion exchange water treatment systems to protect themselves from radium pollution, Evans said. Activated carbon filters will not remove radium.