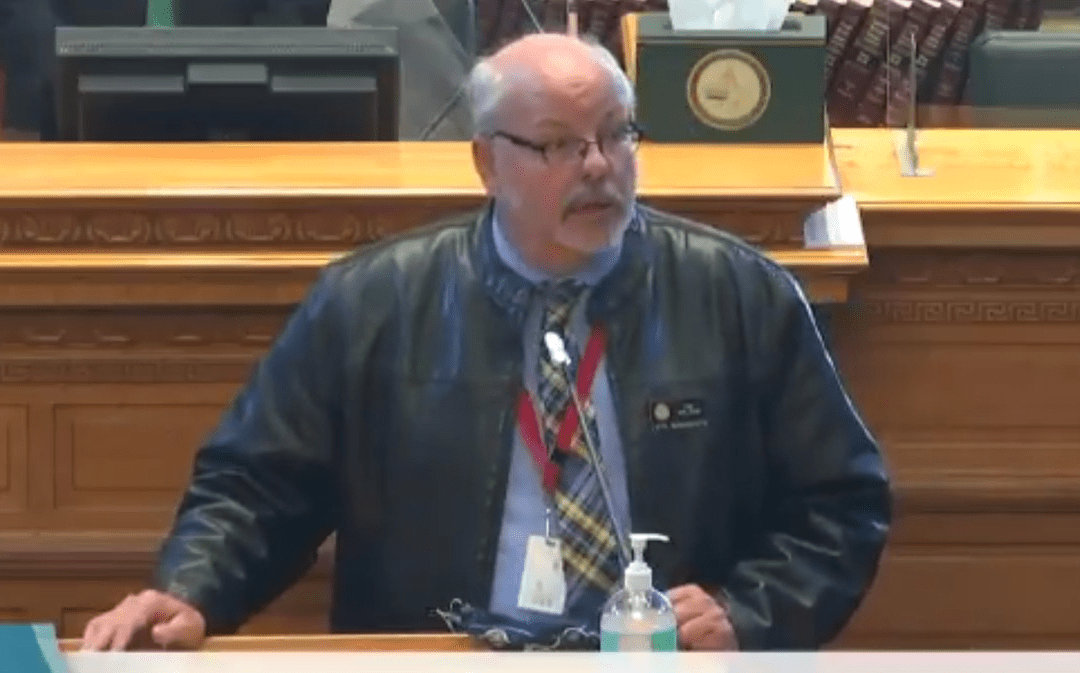 Less than 24 hours after a gunman entered a Boulder, Colorado grocery store and allegedly killed 10 people, a Colorado state representative who lost his son in another high-profile mass shooting in the state recounted the years of trauma that follows losing a loved one in such a horrific way.

State Rep. Tom Sullivan stood before his colleagues in the Colorado House Floor Tuesday wearing his late son Alex Sullivan’s leather jacket, talked about the struggles of losing a loved one to mass gun violence. Alex was one of 12 people killed and 70 injured in the 2012 shooting at a movie theater in Aurora, Colorado.

“Every morning when I get ready to leave the house I reach into the closet I grab Alex’s jacket [and] wear that in with me,” Sullivan said through tears. “Because I hope that it keeps me grounded. That it gives me a calming effect. And I also hope that during the course of my day that someone else will notice it and they’ll see this is what gun violence looks like. That this is a survivor and a victim of a mass shooting.”

Sullivan addressed the families of the victims in Monday’s shooting directly as well.

“I know where these nine and 10 families are at today. I know what those calls were like yesterday,” he recalled. “I think about them in my moment of silence. I hope that they have the strength to get through what is going to be just an incredibly difficult time.”

The shooting in Boulder is the latest mass gun violence tragedy in Colorado in the last two decades. The now infamous Columbine High School shooting of April 1999 resulted in the deaths of 12 high school students and injured dozens more. Aurora and Columbine are just two at least seven different mass shootings to take place in the state, according to the Washington Post.

“People say that you know, we’ve gone kind of numb to this,” Sullivan continued. “And I don’t think that’s true at all. I just think we’ve gotten good at it. We have a lot of practice. We just practiced a moment of silence last week. We’re going to do it again today.”

This is the second mass in the U.S. in less than a week. Last Tuesday, a 21-year-old from Woodstock, Georgia allegedly shot and killed 8 people in the Atlanta area. State authorities are still investigating.

Sullivan has been a staunch gun control advocate in his home state of Colorado. In memory of his son, he sponsored the state’s red flag gun control law, which gives judges the authority to temporarily confiscate weapons from a Colorado resident if the court determines they pose a serious danger to others.