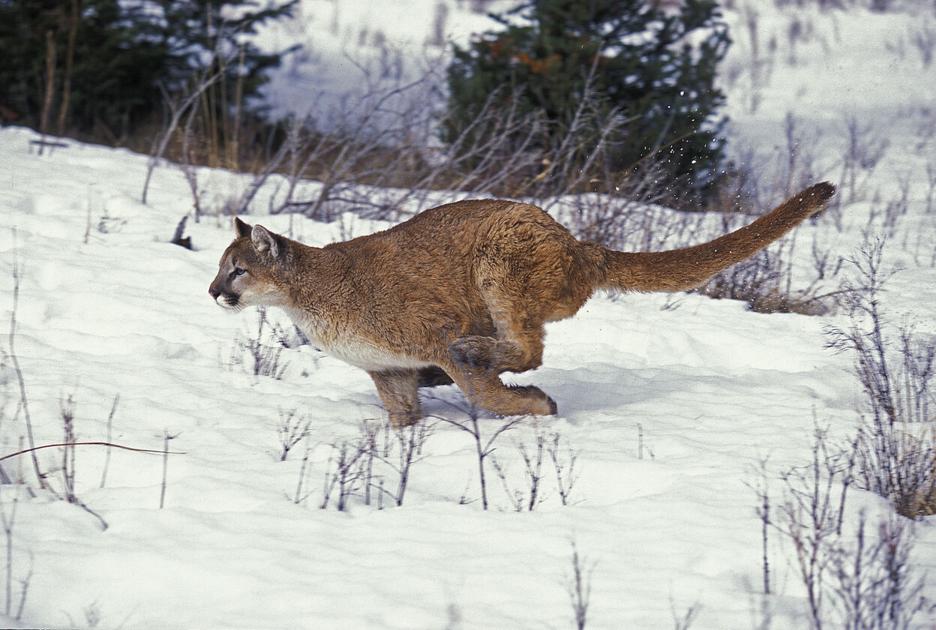 A shocked group of hunters captured an 8-point-buck and a mountain lion squaring off in the Colorado snow last month.

According to the video description, the wild encounter was captured on video on Saturday, January 16th in a backyard in Gunnison. The mountain lion can be seen latched onto the buck’s face, holding on as its being tossed around in the snow. It’s unclear how the fight ended.

Warning, the video below contains graphic content and strong language.

The hunters shared the video with the caption, “for our 3rd Annual ice fishing trip, we decided to go to Gunnison Co, Blue mesa reservoir this year. I said I had seen a mountain lion the 2 previous trips when I did not. It was a running joke. This time guys! I’m not joking, and it’s in our backyard!.”

While one voice in the video suggests intervening in the situation, others ultimately seem to decide not to interfere, and to possibly contact the local wildlife officials. If you find yourself involved in this situation, that’s what you should do – do not interfere and notify wildlife officials of the mountain lion sighting. That can be easily done online.

In Colorado, mountain lion population estimations range from 3,000 to 7,000. A lion’s may live up to 12 years in the wild and up to 25 years in captivity.

Mountain lions are very fast and powerful, reaching up to 8 feet in length and weighing an average of 150 pounds. The diet of a mountain lion includes large animals such as deer, bighorn sheep, and elk, but is not limited to mice, ground squirrels, rabbits, skunks, and birds.

While mountain lion attacks on humans are extremely rare, they can still occur. If you encounter a mountain lion on the trail or anywhere else in the wild, it’s important to remember to stay calm and move away slowly – do not panic, run, or ever try to approach a mountain lion. If attacked, always fight back.

Editor’s Note: To report a mountain lion sighting in your area, please contact your local Colorado Parks and Wildlife office. For a list of regional and area offices,  click here.