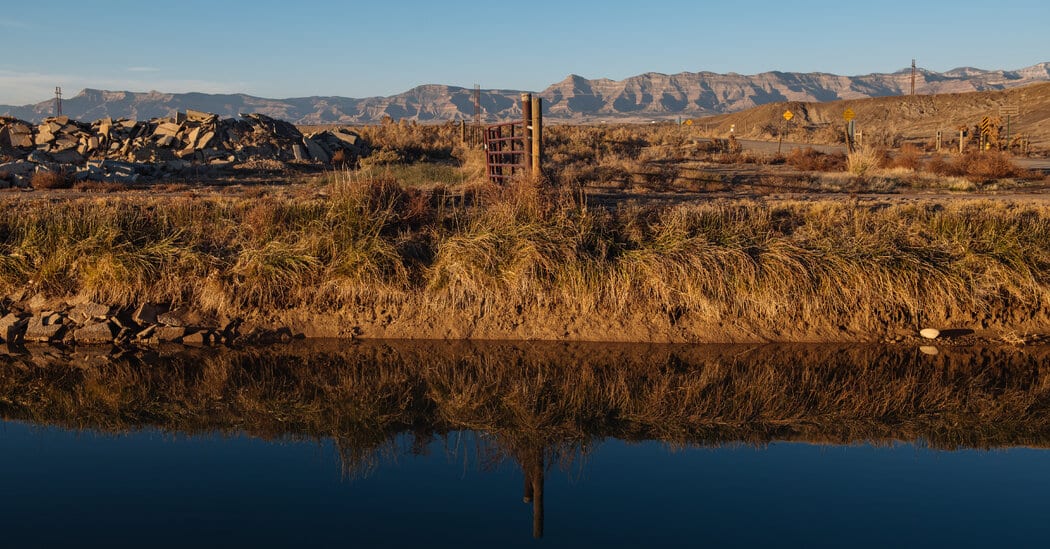 The interested players range from financial firms to university endowments to investor groups, including at least two in Colorado led by former governors. T. Boone Pickens, the Texas oilman who died in 2019, was an early evangelist of water buys. Another supporter is Michael Burry, the hedge fund manager portrayed by Christian Bale in “The Big Short,” who made more than $800 million shorting the subprime mortgage market in the mid-2000s.

Matthew Diserio, the president and co-founder of the hedge fund Water Asset Management, has called the U.S. water business “the biggest emerging market on earth” and “a trillion-dollar market opportunity.”

WAM, based in New York and San Francisco, invests broadly in water-related ventures, and one of its core businesses is collecting water rights in arid states like Arizona and Colorado. Since leaving government, Mr. Eklund has become WAM’s legal counsel and public face.

“They’re making water a commodity,” said Regina Cobb, the Arizona assemblywoman who represents Cibola. “That’s not what water is meant to be.”

Private investors would like to bring in or amplify existing elements of Wall Street for the water industry, such as futures markets and trading that occurs in milliseconds. Most would like to see the price of water, long set in quiet by utilities and governments, rise precipitously.

Traders could exploit volatility, whether due to drought, failing infrastructure or government restrictions. Water markets have been called a “paradise for arbitrage,” an approach in which professionals use trading speed and access to information for profit. The situation has been compared to the energy markets of the late 1990s, in which firms like Enron made money from shortages (some of which, it turned out, traders engineered themselves).

Many see the compact as a safeguard isolating the river from the market.

The negotiating states will be focused on restoring the flow of the Colorado River, which has been so diminished by use that from 1998 to 2014 it did not even reach its natural terminus in the Gulf of California. But they will also be looking at rebalancing water levels in Lake Powell and Lake Mead, two federally owned reservoirs that hold water to use in case of extreme drought.

In Australia, however, water markets have had unintended consequences. Valued at $2 billion after 14 years in existence, Australia’s markets primarily facilitate trades in agricultural areas. When started, they were hailed as a fast, flexible way of redistributing water on the driest inhabited continent, with little regulation attached.

“We went harder and faster than anyone and let the market rip,” said Stuart Kells, a professor at La Trobe Business School in Melbourne. “We let anyone come play.”

This led to domination by professional investors with no ownership of farmland, Mr. Kells said. As a result, “water has turned into a financialized product like what happened to energy in the late 1990s,” he said.

“Here water is very scarce, and in periods of shortage traders essentially cheer on the drought,” Mr. Kells said. “The markets have become a paradise for arbitrage.” He compared the dynamic to “California in the 1990s, where fires and outages were beneficial for traders because of price spikes and you saw Enron traders cheering on fires.”