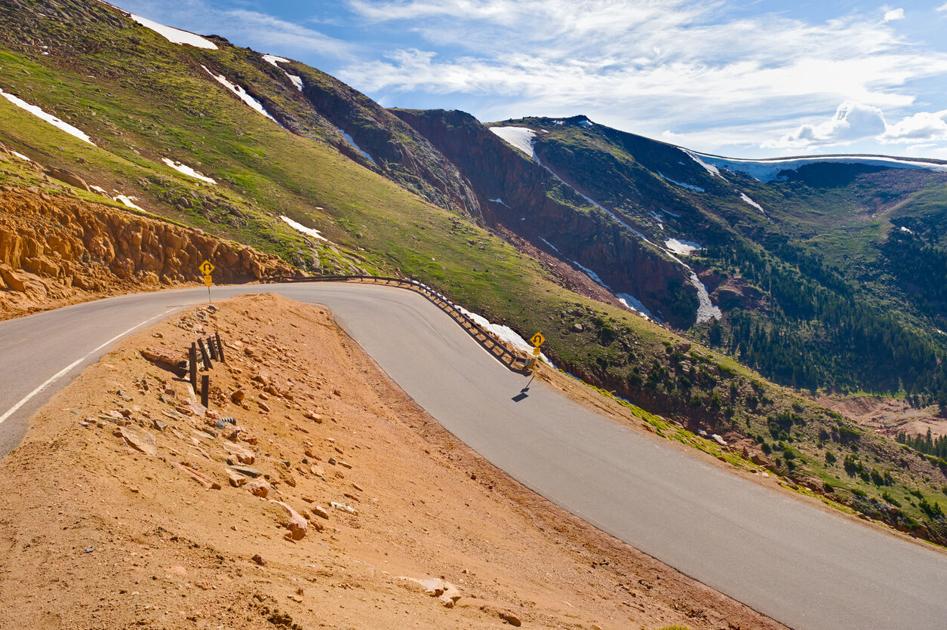 In case you haven’t heard, the annual Pikes Peak International Hill Climb race is set to take place this Sunday with drivers practicing on the high-altitude fourteener-summiting course throughout the past week. On a track that’s resulted in multiple racer deaths, one returning driver had a close call when his Tesla Model 3 hit a dip and went airborne seconds after traveling well over 100 miles per hour.

As described by driver Randy Pobst, the accident occurred when he approached a corner near the infamous “bottomless pit” section of the road. At this point, Pobst dropped his speed from 112 miles per hour to 68 miles per hour. Pobst then “laid into the turn” and hit a bump on the road that raised the vehicle off the ground.  In a moment of commotion, the car travels off of the road and into a wall before coming to a stop.

Intense images from the scene show the car hit a retaining wall near a cliff at an estimated 40 miles per hour. It was Pobst’s first run on the track of the morning and he walked away without serious injury.

During the previous day, Pobst called the vehicle – the “Unplugged Performance Telsa 3” – the best car he’s driven during his six Pikes Peak Hill Climb races, praising its handling. Pobst finished 1st place in that day’s qualifying runs, 26 seconds ahead of the closest competitor.

Randy Pobst said the Unplugged Performance Tesla is the best car he’s ever driven in his 6 Pikes Peak races. Today we finished 1st place in qualifying and 26 seconds faster than the second fastest car! Off to a great start! pic.twitter.com/trvvfsKdR3

See the wreck in first-person view and images captured of the incident at around 3:00 in the video embedded below.

The many bumps and waves on the Pikes Peak Highway are notorious for throwing racers off-course as they blast along the track. Two of three Tesla vehicles have wrecked on the course this year, but the Unplugged Performance team is hopeful that Pobst’s totaled vehicle won’t be a set-back.

NEVER GIVE UP!
A totaled car will not stop us. We will waive the Tesla flag from the top of the mountain! An hour ago we bought a new car. We will straighten the frame on the race car and rebuild it in 48 hours. Thank you to the Tesla community for your inspiration and support! pic.twitter.com/fwTw6xrjia

The Pikes Peak International Hill Climb is an annual race that travels a 12.42 mile-long track. Drivers face a number of hazards, including steep drop-offs, wild weather conditions, and unpredictable wildlife. Including more than 150 turns and close to 5,000 feet of vertical climbing to an elevation of 14,115-feet, the lap record is 7 minutes and 57 seconds – set when an electric car broke the 8-minute barrier for the first time ever in 2018. The race started in 1916.